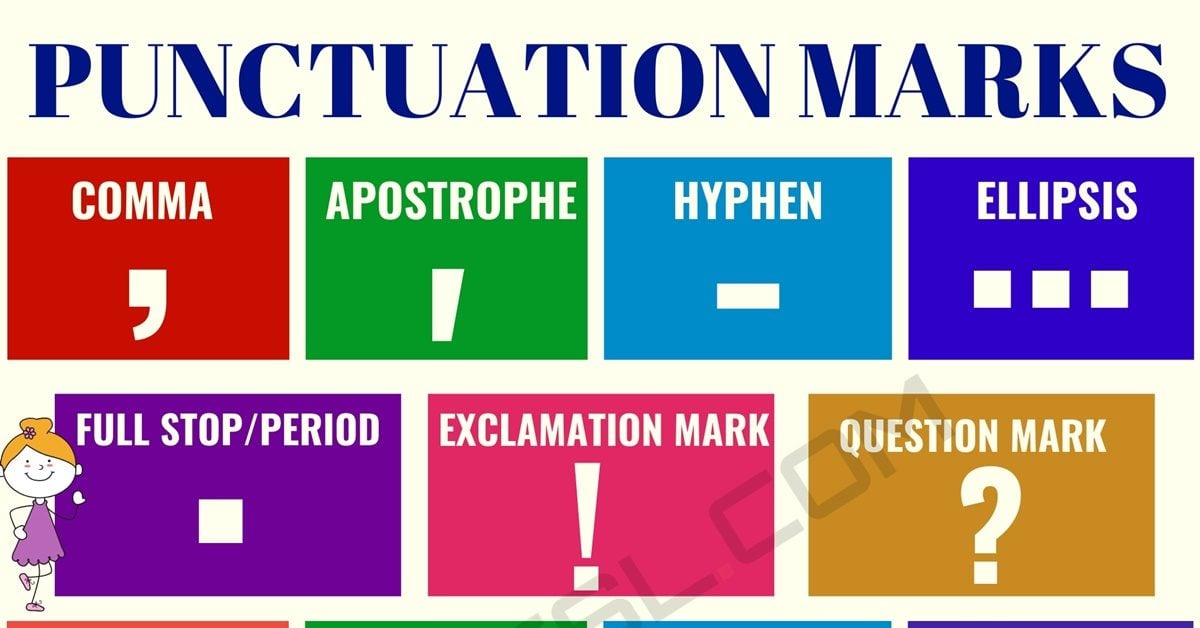 Punctuation is a set of specific marks or symbols that we used to express the meaning of our sentences clearly and to make the flow of the text smooth. It shows us where we need to pause, it separates ideas from each other, it lets us know that a certain phrase is quoting someone else’s words, and has a dozen other important functions.

To understand just how necessary and significant punctuation is, imagine the world where it doesn’t exist. In that world, we wouldn’t have known where one sentence ends and the other one starts because there wouldn’t be any full stops. We also would have had no idea if a certain phrase is a question or not, since there would be no question marks. And how would we show our emotions in writing if we didn’t have exclamation marks and ellipses? In short, punctuation, when used properly, makes things easier for everyone, both writers and readers. 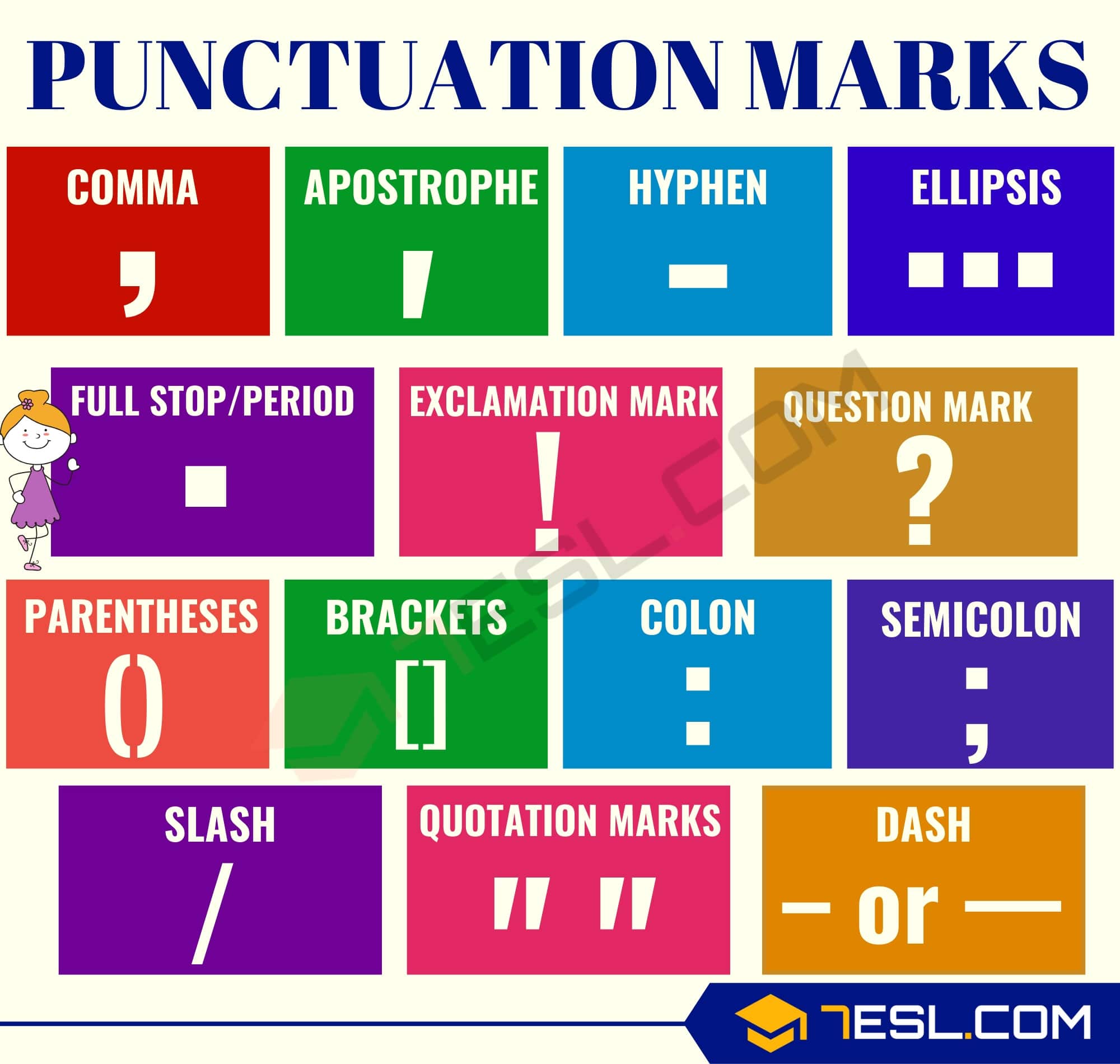 This is the most popular punctuation mark because you simply cannot write even a single sentence without using it. So, there are two most common uses of a full stop: to indicate the end of a sentence, or to follow an abbreviation.

A comma is often used to separate different ideas in a sentence. However, it has many other uses as well, and it is important to remember them as well. Some of the most common comma rules follow.

1) A comma separates two sentences when putting a full stop between them seems to create an unnecessarily long pause.

3) A comma is used after an introductory word or phrase, such as at the end of the day, however, in contrast, etc.

4) If you have a tag question at the end of your sentence, you also need to use a comma to distinguish it from the rest of the sentence.

5) If you are directly addressing someone, you need a comma.

A question mark, as its name suggests, needs to go at the end of every interrogative sentence instead of a full stop.

An exclamation mark added at the end of a sentence shows emphasis. Depending on the meaning of the sentence, it can indicate anger, happiness, excitement, or any other strong emotion.

As their name suggests, quotation marks indicate direct quotations. You can also use them to show that a word or a phrase is being used ironically, or for titles of articles, book chapters, episodes of a TV-show, etc.

An apostrophe has two very important uses. Firstly, it can be used in contractions in place of omitted letters. Secondly, it can show possession.

Even though it looks very similar to a dash, a hyphen has very different uses. It’s most commonly used to create compound words.

There are two different dashes, the en dash and the em dash, the first being slightly shorter than the second one. The en dash is usually used to show a connection between two things, as well as a range of numbers, years, pages, etc.

The em dash can replace a comma, a colon, or parenthesis. You can also use it to put emphasis on the ending of your sentence.

A colon is a punctuation mark you will come across very often in different circumstances. It can introduce an example, a list, an explanation, or a quotation. Or, you can also use it to emphasize a certain point.

A semicolon is a punctuation mark that creates a longer pause than a comma but a shorter pause than a full stop. So, it can be used to create a pause between two independent clauses that are still closely related to each other.

In most cases, you will see additional information in parentheses. Usually, it can be omitted without creating any confusion for the reader.

Brackets are, in a way, similar to parentheses. However, they are mostly used in academic writing and when presenting quotes. For instance, the writer can add extra information or fix mistakes in brackets, without changing the original quotation.

An ellipsis creates an intriguing and mysterious atmosphere in the text. In addition, it can be used to show that some letters or even words are omitted.

You might need to write a fraction, a measurement, or to suggest alternatives in your text. These are just three of the instances where you will have to use a slash. 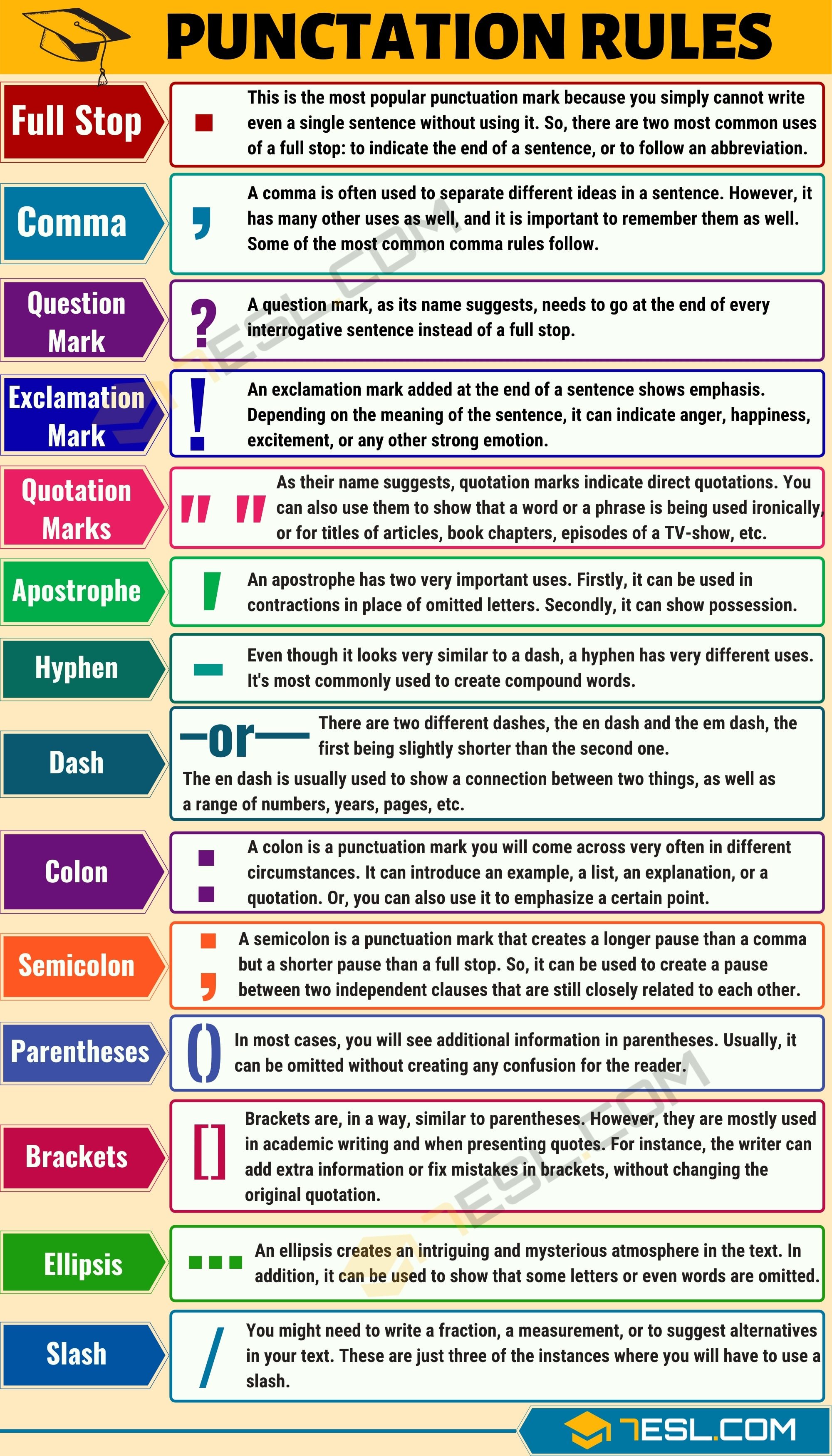 Though British and American English have lots of similarities, when it comes to punctuation styles, there are some differences. Of course, if you’re just chatting with friends who live in either Canada or New Zealand, you don’t have to worry about them not understanding or judging you. However, if you’re preparing an official and formal report that will be read by English speakers from a specific part of the world, you should be careful. Some of the most important differences are listed below.

Another significant difference is that the American style puts commas and full stops inside the quotation marks, while the British style doesn’t.

In American English, you should follow people’s titles by a full stop: Mr, Ms, Mrs. However, this isn’t the case with British English. There, you would simply write, Mr, Ms, or Mrs.

Differences Between Punctuation in British and American English | Infographic 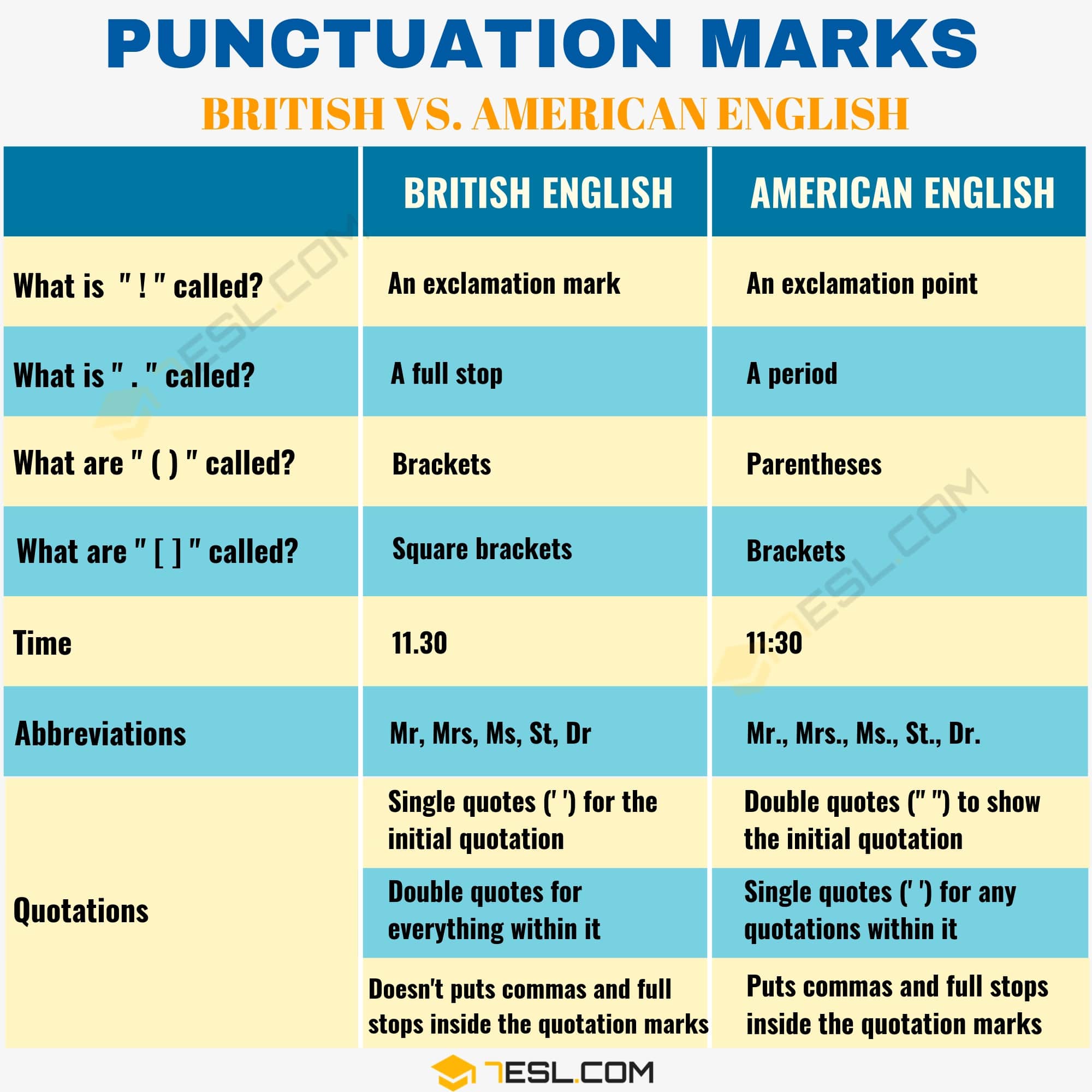