The Kokoda Track and Anzac Day 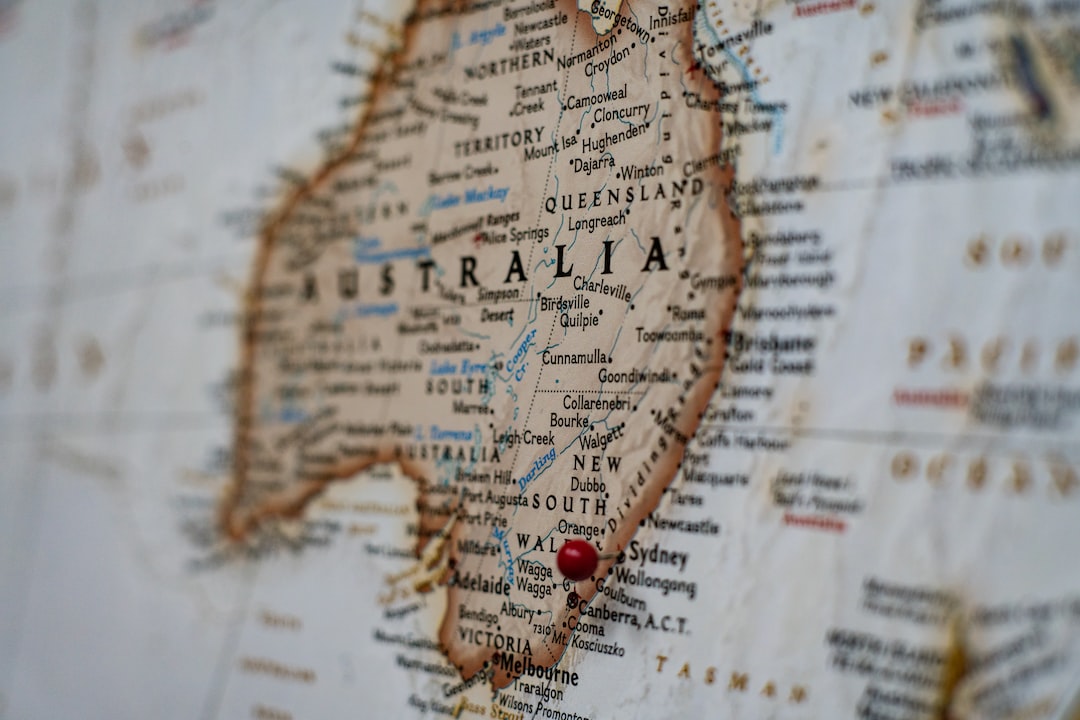 The Kokoda Track is a particularly important and famous campaign fought by Australian soldiers of the second world war. The Kokoda Track is known these days as the Kokoda Trail. Without victory here Japan would have undoubtedly created a staging site to prepare for an Australian invasion. Along with the Gallipoli landings, it is clearly and importantly regarded as one of the defining campaigns of Australia at war and stands in infamy as a testament to the Australian fighting spirit.

The landing at Gallipoli

At dawn on 25 April, 1915 the Australian and New Zealand Army Corps forces landed on the Gallipoli Peninsula. This was part of an expedition intended to open up the Dardanelles to Allied navies. Fierce resistance from the Ottoman Turkish defenders quickly turned what had been planned as a bold stroke to knock Turkey out of the war into a stalemate. The campaign saw great hardships and heavy losses on both sides. More than 8,000 Australian solders were killed by the end of 1915 when the allied forces were evacuated. Gallipoli had a profound impact on Australians at home, and 25 April soon became the day on which Australians remembered the sacrifice of those who died in the war. 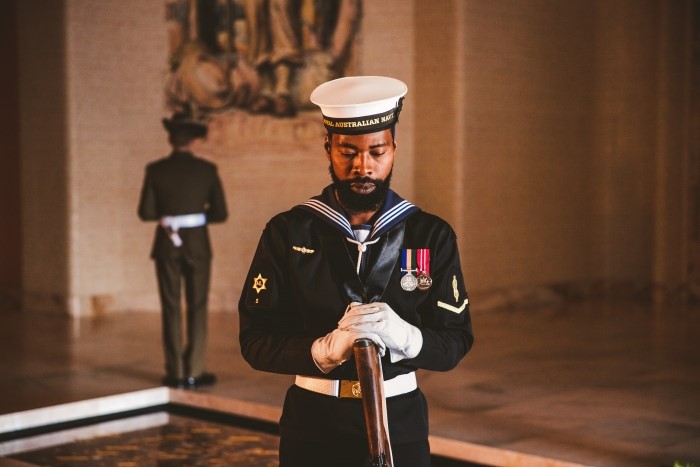 The first Anzac Day commemorations were held on 25 April,1916. In London more than 2,000 Australian and New Zealand troops marched through the streets; a London newspaper headline dubbed them “the knights of Gallipoli”. Marches were held all over Australia; in Sydney convoys of cars carried soldiers wounded on Gallipoli and their nurses. In addition a sports day was held in the Australian camp in Egypt. 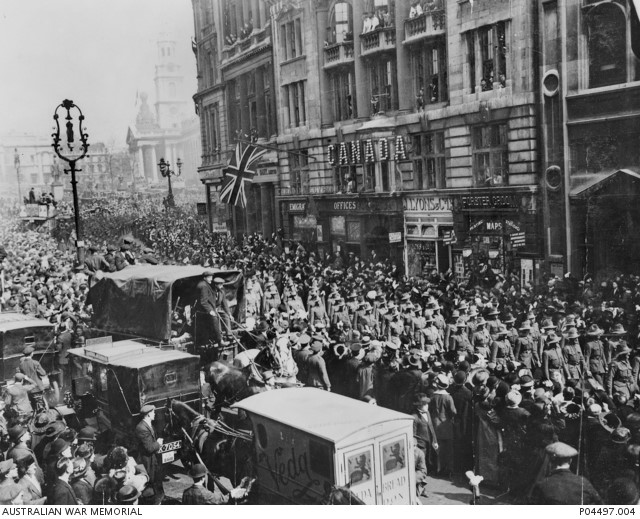 During the 1920s Anzac Day became established as a national day of commemoration for the more than 60,000 Australians who had died during the war. Subsequently in 1927 for the first time, every state observed some form of public holiday on Anzac Day. By the mid-1930s all the rituals we now associate with the day – dawn vigils, marches, memorial services, reunions, two-up games – were firmly established as part of Anzac Day culture.

Later, Anzac Day also served to commemorate the lives of Australians who died in the Second World War, and in subsequent years the meaning of the day has been further broadened to include those who lost their lives in all the military and peacekeeping operations in which Australia has been involved.

Just as the landing at Gallipoli serves as an icon for Australian participation in the First World War, the Kokoda Track Campaign of 1942 has a similar significance as regards Australian involvement in the Second World War. The Australian Territories of Papua and New Guinea were invaded by Japan in 1942 in an attempt to capture Port Moresby via the Kokoda track. From Port Moresby the Japanese could, if they desired, launch an invasion of the east coast of mainland Australia. Without it they could not. 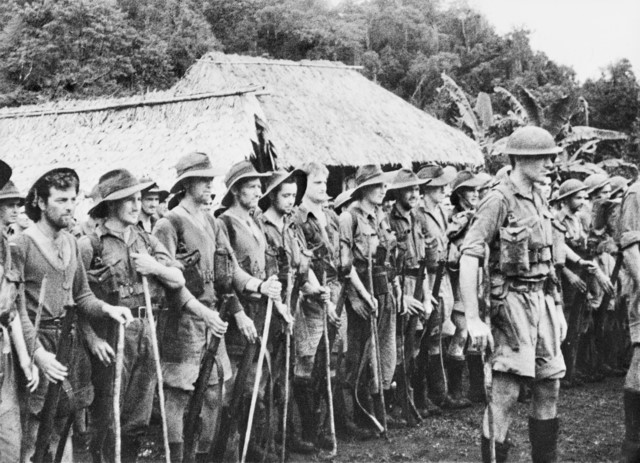 After the fall of Singapore the Australian government and many Australians feared that Japan would invade the Australian mainland. Australia was ill-prepared to counter such an attack. Japan considered invading Australia in early 1942 but judged it to be beyond the Japanese capabilities; instead, in March 1942 the Japanese military adopted a strategy of isolating Australia from the United States and preventing Allied offensive operations by the capture of Port Moresby, the Solomon Islands, Fiji, Samoa and New Caledonia. An attempt to capture Port Moresby by an amphibious assault, Operation Mo, was thwarted by the Battle of the Coral Sea in May 1942. A month later, most of the Japanese aircraft carrier fleet was destroyed in the Battle of Midway, further reducing the possibility of major amphibious operations in the South Pacific.

The Advance from Kokoda Track to Port Moresby

After Coral Sea, the Japanese began to consider an overland advance on Port Moresby, based on pre-war intelligence that a road existed linking it with Kokoda. Initial aerial reconnaissance was inconclusive but plans were made for a reconnaissance in force and to exploit the possibility of an advance along such a route. Major General Tomitarō Horii, assigned to these tasks and considering the logistical difficulties that would be faced, was not optimistic as to the possibility of success but did not press his objection.

An advance party, including engineers, infantry and artillery regiments as well as 500 Korean and Formosan labourers and 2,000 native labourers from Rabaul landed at Buna at the same time as a naval force landed and commenced construction of an airfield at Buna. Japanese planning proceeded on the premise that an overland assault would occur.

The Japanese forces whose objective was to seize Port Moresby by an overland advance from the north coast, following the Kokoda Track over the mountains of the Owen Stanley Range, landed and established beachheads near Gona and Buna on 21 July 1942. Opposed by Maroubra Force, then consisting of four platoons of the Australian 39th Battalion and elements of the Papuan Infantry Battalion, they quickly advanced and captured Kokoda and its strategically vital airfield on 29 July. Despite reinforcement, the Australian forces were continually pushed back. The veteran Second Australian Imperial Force (AIF) 21st Brigade narrowly avoided capture in the Battle of Mission Ridge – Brigade Hill from 6 to 8 September. In the Battle of Ioribaiwa from 13 to 16 September, the 25th Brigade fought the Japanese to a halt but then withdrew back to Imita Ridge.

The Japanese advanced to within sight of Port Moresby but withdrew on 26 September. They had outrun their supply line and had been ordered to withdraw in consequence of reverses suffered at Guadalcanal. Because of this the Australian pursuit encountered strong opposition from well-prepared positions. They especially came into opposition around Templeton’s Crossing and Eora Village from 11 to 28 October. Following the unopposed recapture of Kokoda, a major battle was fought around Oivi and Gorari from 4 to 11 November. This resulted in a victory for the Australians. By 16 November, two brigades of the Australian 7th Division had crossed the Kumusi River at Wairopi, and advanced on the Japanese beachheads in a joint Australian and United States operation. The Japanese forces at Buna–Gona held out until 22 January 1943. Australian reinforcement was hampered by the logistical problems of supporting a force in isolated, mountainous, jungle terrain.

There were few planes available for aerial resupply, and techniques for it were still primitive. Nevertheless Australian command considered that the Vickers machine gun and medium mortars were too heavy to carry and would be ineffective in the jungle terrain. Furthermore without artillery, mortars or medium machine guns, the Australians faced an opponent equipped with mountain guns and light howitzers that had been carried into the mountains and proved to be a decisive advantage. 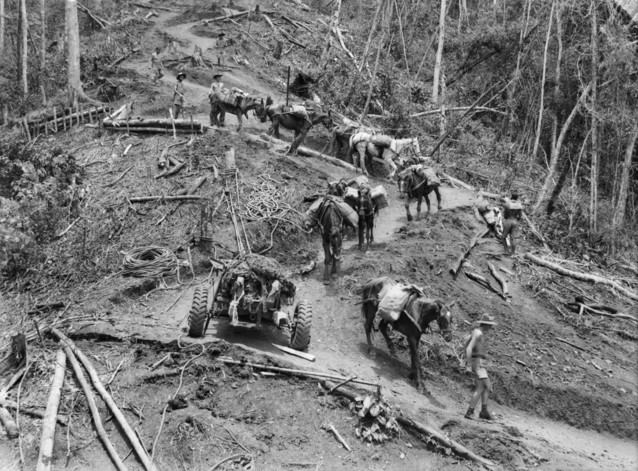 Australian forces were unprepared to conduct a campaign in the jungle environment of New Guinea. The lessons learned during the course of this campaign and the subsequent battle of Buna–Gona led to widespread changes in doctrine, training, equipment and structure, with a legacy that remains until the present day.

13,500 Japanese troops were landed in Papua for the fighting during the campaign. Of these, about 6,000 or two regiments, were directly involved in the forward areas along the Track. Against this, the Allies assembled approximately 30,000 troops in New Guinea, although at any one time no more than one infantry brigade, or approximately 3,500 troops, were involved in the fighting for most of the campaign.

Casualties amongst the Australians between 22 July and 16 November 1942 were a total of 625 killed and 1,055 wounded. Notably, three battalion commanders were killed or captured in the first month of fighting. Non-battle, or sickness, casualties are not accurately recorded but are stated to have been about two to three times the battle casualty figure. The exact number of Japanese casualties is not known, although estimated battle casualties of 2,000 were increased by non-battle casualties. It is estimated that of the 6,000 troops (or five infantry battalions) that were committed to the fighting, up to 75% became casualties being either killed, wounded or becoming ill. 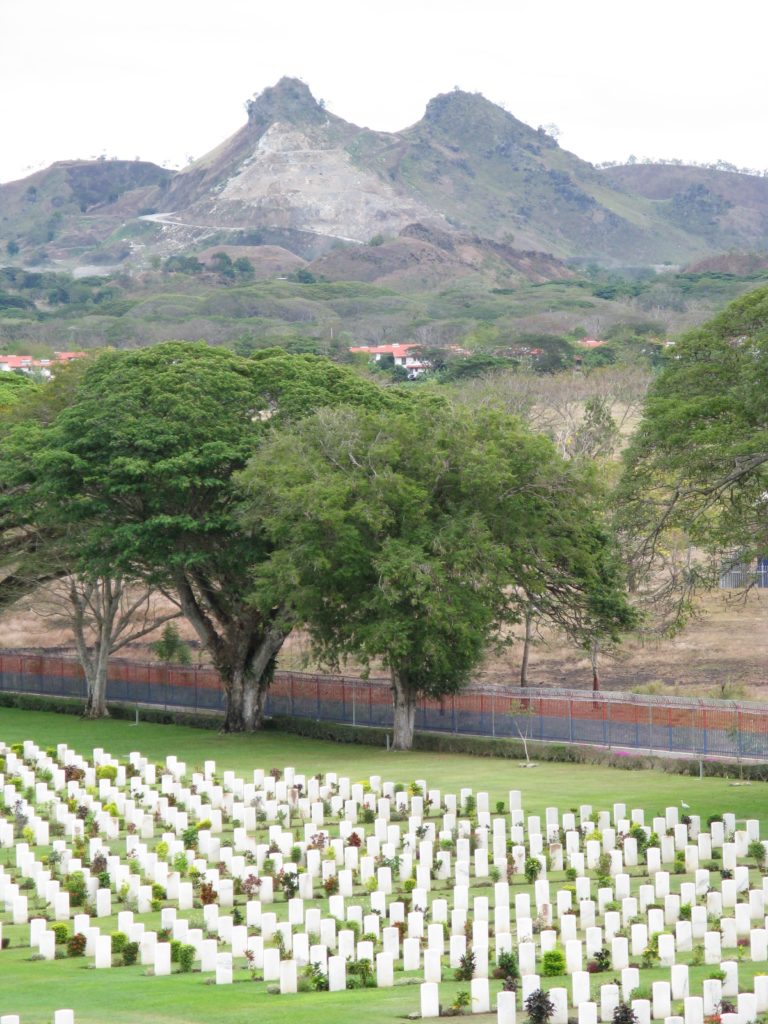 The Gallipoli Campaign of World War I was Australia’s first military test as a new nation; the fighting during the Kokoda campaign represents the first time in the nation’s history that its security was directly threatened. The 1942 newsreel documentary, Kokoda Front Line! documented the Australian fighting during the campaign and brought the war home for many Australians. The documentary won an Oscar for the documentary category – the first time an Australian film/documentary was awarded an Oscar. The iconic newsreel contains some of the most recognised images of Australian troops in the Second World War. These images have contributed to the collective visual memory of the events at Kokoda.

Within the Australian Army a major restructure followed the Kokoda campaign. For instance the formation of Jungle divisions that addressed manpower issues and were more suited to operations in jungle environments. There was a significant reduction in the scale of motor transport also. Jeeps, with their greater cross-country mobility, were employed rather than trucks. At battalion level changes included increasing the number of mortars to eight. The addition of a machine gun platoon with four Vickers guns to enhance organic fire support. But also a removal of the carrier platoon. The Land Warfare Centre as it is now known, was established at Canungra, Queensland, with an emphasis on training for jungle warfare.

Each year more than five thousand Australians take up the mentally and physically challenging task of walking the Kokoda track. All are forever changed by the experience. The Australian interest in the Kokoda track also significantly impacts the lives and livelihoods of those who live there. The track passes through Oro Province and Central Province, the two main communities there being the Orokaiva in the north and the Koiari people to the south. The first tourists to arrive encountered a local population wholly dependent on subsistence farming, raising animals and growing produce; an important part of their income is now generated by tourism. Fees are paid to them for camping and some are employed as tour guides.

Thinking of visiting the Kokoda Trail? Check out our useful guide to the benefits of Walking Poles or Hiking Sticks for your trip!