Prosperity Through Preservation: The Financial Benefits Of Adaptive Reuse Construction 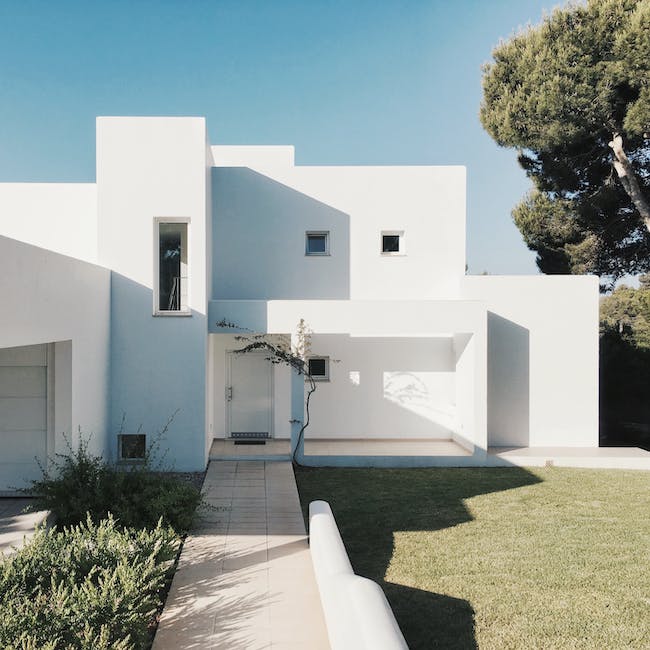 All around the world, adaptive reuse projects are redefining and revitalizing downtown communities by making the most of what is already there.

What is Adaptive Reuse?

Simply put, adaptive reuse involves the redesigning of interior spaces in buildings that have outlived their original purpose in order to better serve the needs of their communities today. It may involve the conversion of a warehouse into a shopping mall, a factory into live/work lofts, an old church into a restaurant, or stately courthouses into museums.
This process of reinvention brings an important use to meet the needs of a new community while preserving a piece of history that would otherwise be lost forever.

It’s happening all over the world, but some recent examples cited by the California Department of Parks Office of Historic Preservation include:

In keeping with this trend, the team at Optimum Seismic, Inc. has performed many adaptive reuse projects over the years. These projects include:

In the vast majority of these and other adaptive reuse projects, it’s not simply about reusing the space inside the building shell. Rather, these projects involve other upgrades as well, such as seismic retrofits, electrical rewiring, plumbing replacement and other improvements that add significant value to the building.

Adaptive Reuse is an Engine for Economic Development

Adaptive reuse provides a fresh look at and a new start for old spaces, especially those that are struggling or abandoned.

“When buildings are brought back to life through adaptive reuse, they revitalize neighborhoods by preserving our historic architecture, creating new housing and mixed-use opportunities, and increasing public safety,” according to a City of Los Angeles handbook on the topic. “Adaptive reuse enhances economic growth in urban and commercial cores.”

Adaptive reuse can also lead to significant economic growth, a fact that lends itself well to the newly coined phrase, “prosperity through preservation.”

“The old argument that it is more profitable to demolish the old brick box and replace it with a new structure have left the streets of many cities across North America and Europe with abandoned and neglected sites,” Nart Stas wrote in a University of Waterloo report.

The Lincoln Institute recently came out with an analysis describing the negative impacts that dilapidated structures can have on a community:

“Vacant and abandoned properties are a familiar part of the American landscape, from the boarded row house in North Philadelphia to the empty factory in Detroit to the collapsing farmhouse in rural Kansas,” the study found. “These structures can devastate the neighborhood and block, undermine the neighbors’ quality of life, and diminish the value of nearby properties. They also cause severe fiscal damage to local governments, reducing local tax revenues while costing cities millions for policing, cleaning vacant lots, and demolishing derelict buildings.”

When older buildings are renovated, especially in highly urbanized areas, they can help to revitalize a blighted area and spur economic development. This has proven true particularly for unreinforced masonry buildings, which add a historic character and charm to communities along with social, environmental and economic benefits.

Adaptive reuse of buildings has spurred significant positive change in downtown communities throughout the U.S.  Here are just a few California examples:

All of these examples have completely reinvented these neighborhoods into transformational cultural and commercial centers that draw in tourism and bring significant income not only to the cities and communities, but to the building owners as well.

Throughout California there are significant opportunities for adaptive reuse: rethinking the interior of a structure into a design that satisfies a growing need within the community.

In downtown Los Angeles, nearly 40 percent of the area’s building stock dates from before 1940 yet only 3% of those buildings are on the National Register of Historic Places.

Determining what type of transformation to give a building is another topic. In many instances, particularly in California’s downtown neighborhoods, housing represents the greatest need. There is also significant need for commercial and mixed-use development.

The National Trust for Historic Preservation has been involved with the revitalization of cities for decades — hoping to transform both the perception and practice of preservation, responding to the issues cities face today.

As much as adaptive reuse projects can benefit communities, they frequently offer even greater returns to the building owners themselves.

In cities throughout California, including Los Angeles, building owners can enjoy several incentives to converting their properties.

These incentives include relaxed parking requirements, higher density allowances, decreased construction costs as well as flexibility in the approval and permitting process, which can save time and money.

For example, the city of Long Beach provides allowances for seismic, parking and other requirements resulting from an adaptive reuse project on a historic structure. Officials there want to encourage building owners to upgrade their property because ultimately, it benefits the entire community.

“Adaptive reuse is a really necessary, important and successful way to take so many of our older buildings that have gone into some level of disrepair… and breathe new life into them,” Long Beach Development Services Planning Manager Christopher Koontz.

Koontz said providing these incentives benefits the city economically, particularly when historic structures are converted and restored to provide new housing and employment opportunities.  In that way, he said, it aligns well with the city’s vision for a vibrant and populous downtown.

Perhaps the American Institute of Architects said it best: “Adaptive reuse breathes new life into old bones. It is a method of protecting historically significant buildings from demolition. It promotes sustainability and counteracts urban sprawl. Best of all, it challenges us to find value in the past and make it not just new again, but different and better.”

On top of possible planning, parking and related incentives, the opportunities adaptive reuse provide can make a difference in a project’s budget. Property owners can see returns on these projects that outweigh the costs thanks to avoiding full demolition and new construction.

Not only is adaptive reuse much cheaper than the costs of demolition and new construction, property owners can see returns on adaptive reuse projects that far outweigh the cost of design and construction. Additionally, the original materials used in the building are frequently far superior to the quality of wood and other construction materials available today.

Many cities provide incentives to building owners who preserve the historic integrity of their structures while modernizing the interiors to meet contemporary demands for use of space, building safety, energy and water efficiency, and comfort.

Beyond that, many cities such as Los Angeles do not require building code variances for setbacks and height when they are “grandfathered” in as a part of an adaptive reuse project.

Loading space is not required, and perhaps most significant — no new parking spaces are required for adaptive reuse projects.

The policy provides for the expedited approval process and ensures that older and historic buildings are not subjected to the same zoning and code requirements that apply to new construction.

The result, as the city notes, “has been the creation of several thousand new housing units, with thousands more in the development pipeline, demonstrating that historic preservation can serve as a powerful engine for economic revitalization and the creation of new housing supply.”

The examples cited above are extremely large and priced in the tens of millions of dollars.

But adaptive reuse can happen on a much smaller scale as well, and cities throughout the nation are providing assistance to building owners wanting to make a transformation to their property.

In Phoenix, city building officials have developed an adaptive reuse pilot program for downtown-area buildings that are up to 2,500 square feet in size and at least 25 years old.

“Maintaining safety and helping business owners reduce their time and costs were guiding priorities,” he said. “The Adaptive Reuse Program proactively offers advice and support to small businesses seeking to convert homes and fire stations into restaurants, or warehouses into artist studios or art galleries.”

The City of Los Angeles also offers assistance with many small-scale reuse projects, having helped many older homes in Los Angeles to be repurposed into multi-family housing.

In addition to economic and property ownership benefits, the environmental advantages of adaptive reuse construction could be summarized as so: The greenest building is the one that is not torn down.

That’s the general consensus of many adaptive reuse proponents, who believe that using what already exists far outweighs any type of new development.

“Some estimates say construction waste accounts for 40% of our landfills, but even with the City’s excellent construction waste recycling program, the stream of dumpsters leaving the city every time a building is demolished inevitably creates an irreducible amount of waste that cannot be recycled,” Santa Monica Architects for a Responsible Tomorrow wrote in a column for the Santa Monica Daily Press.

Continuing on this issue, the organization noted that all new buildings generate between 10% and 15% waste in their “normal” construction.

“If the amount of new construction in an adaptively reused or remodeled building is reduced in relation to new construction, this secondary waste stream is further reduced,” the organization said. “Finally, every building has ‘embedded energy’ in it such as the energy needed to fabricate materials, the gas needed to bring the workers and materials to the site, the electricity needed to power their tools, etc.

“When a building is adaptively reused, much of that embedded energy remains in the building to benefit future generations,” the organization concluded.

The Adaptive Reuse Process Checklist for Building Owners and Managers

Once a building owner decides to take advantage of the many incentives available, and the cost benefits associated with adaptive reuse, one of the typical questions asked is, “How do we get started?”

For assistance on your Adaptive Reuse or other Construction projects, please contact the author.