You Know You’re A Hardcore Gamer When… 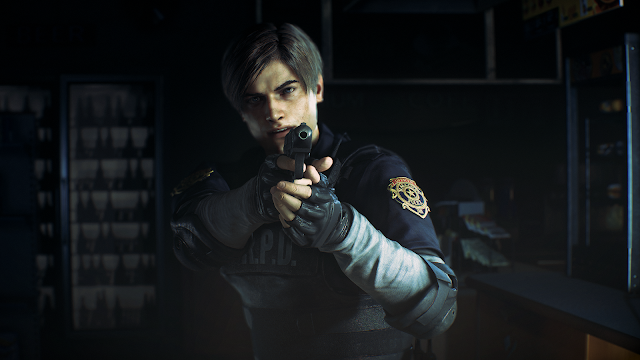 You might love playing video games, but are you a hardcore gamer? Many of us enjoy playing games, but we do so on a casual basis. Hence the term ‘casual gamer.’ To be a hardcore gamer, you do more than play games occasionally on the weekend. You respect the games you play and don’t check YouTube tutorials to help you finish them in double-quick time. And there are other signs that indicate you are more a hardcore than a casual gamer. Here are just a few examples (and forgive us if we are a little irreverent at times). You know you’re a hardcore gamer when…

#1: Your game crashes, and so does the world around you

Perhaps you have reached the second-to-last spot during your Fortnite blastathon. Or perhaps you have finally ground down the health bar of one of the tough-as-nails bosses in Dark Souls 3. You finally have time for jubilation. You are approaching the end game. And then…? Your console or your PC crashes! For most people, this wouldn’t signify the (figurative) end of the world. But as a hardcore gamer? It’s tantamount to armageddon, and you then start to question why life has been so unfair to you. Still, being a hardcore gamer, you don’t give up. After a period of defeat, you pick yourself up, blow the dust from your gaming device, and have another go. You’re a (level 55) fighter dammit, and it’s never game over for you!

A Nintendo fan wouldn’t just play Zelda. She would watch Twitch gamers playing the latest release in the franchise too, perhaps offering their tips and tricks to the gamer in question. She would also study game guides on Zelda, read books on the psychology of Zelda, and would probably wear an ‘I Love Link’ tattoo on her shoulder. Heck, she might even run an online class for newbie Zelda players as well. In short, she would live and breathe the game in all facets of her life, and you might too, be that Zelda or any other game that you regularly obsess over.

And why wouldn’t you? You can’t slay the dragons of Skyrim in real life. You can’t explore fantastical worlds that are prettier than anything outside of your front door. And you can’t visit other planets, a la Mass Effect or No Man’s Sky. In so many ways, the virtual world of your laptop or TV screen is far more immersive and interesting than real life, so you can’t be blamed for staying indoors, even on a hot summers day. And thanks to the power of VR, you can now get up close and personal with other worlds in a way that you couldn’t before, so you now have an extra reason to wrap yourself up in your virtual surroundings. You can even do this on your boring commuter ride to work with the best VR games for Android. You need never look out of another bus window or listen to the waffle of a complaining passenger again!

#4: You are constantly leveling up…in the real world!

After playing games for years, the language used in video games becomes a part of your common parlance. You call your inexperienced colleagues at work ‘noobs,’ and whenever you pick up something interesting in the park, you call it a collectible. And whenever you have a birthday, or whenever you learn a new skill at work, you tell people that you have leveled up! You also level up when you feel refreshed after getting a shower, or when you have finally been given a promotion at work. You probably hear this Final Fantasy soundbite in your head every time you level up too!

Because after all, casual games mode is for casual gamers, right? You probably don’t play games on normal or hard mode either. As a hardcore gamer, you play games on hardcore mode (obviously), as you want a challenge and not a casual walk in the park from your experience. Here’s where you show your true mettle to others. When you have finally beaten those Dark Souls bosses on nightmare mode, you have done what very few others have had the ability to do. And yes, you might have screamed venomous ire at your console when it overheated and crashed, and yes, your hands might be red raw from clutching onto your games pad so fervently, but your stresses and pains will be worth it because of the achievement you gain. And we are talking about the inner sense of satisfaction you feel and not just the achievements that the game will give you (although you can use these to showcase your glories to your non-believing friends).

#6: You don’t consider any games last-gen

Oh sure, the PS5 is on the horizon, as is the next Xbox. There are hundreds of amazing games on the console you are currently playing on. But does this mean that older consoles have been relegated to the past? No, especially if you still love the games that you played on them. As a hardcore gamer, you might spend an evening on Red Dead Redemption 2 one night, and on Timesplitters 2 (from the PS2) the next. You might play the Shadow of the Tomb Raider regularly, but that doesn’t mean you can’t return to the Egyptian settings of Tomb Raider Revolutions on the PS2 or Dreamcast one more time. To you, these last-gen games are current-gen games because you still haven’t tired of playing them!

#7: You still remember your first time

No, not the first time you kissed a boy! And not the first time you did anything else with the opposite (or same) sex either! We are talking about your first time playing video games, whether it was swinging across chasms as Lara Croft, or scampering across Hyrule in the Legend of Zelda. Yes, you will have played other games since, and yes, you will have had many fabulous experiences. But nothing beats that first time with a game that has etched itself into your headspace; that first step in your journey as a hardcore gamer.

Thanks for reading, and happy gaming!