Why Play is Crucial for Child Development 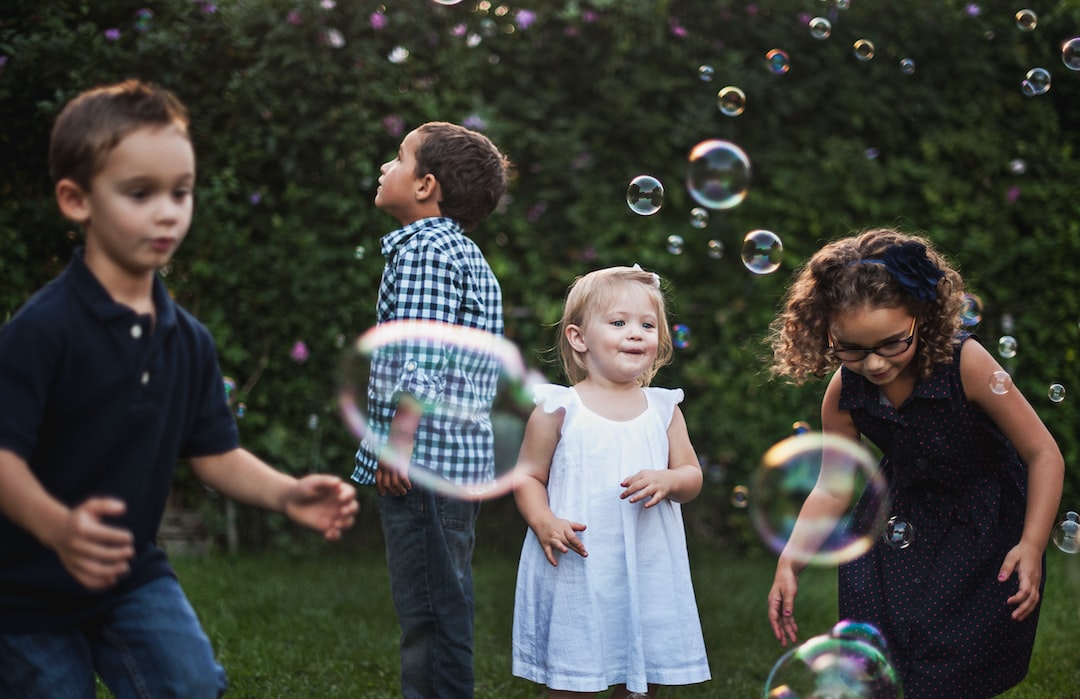 The Academy of Pediatrics states that, “Play is fun and seems to be an integral part of the learning process.” The ability for children to play frees their inventive thoughts and imaginations. According to Medical Daily, “childhood play helps children develop social skills” by allowing them to share experiences with other kids. This type of socialization contributes to healthy relationships later on in life.

Play also aids in cognitive development. A study conducted at the University of Illinois found that when children played quietly after being told not to, they did not show significant improvement in problem-solving skills. However, those who played actively showed marked improvements over their non-playing counterparts. It is important for parents and educators alike to recognize play’s crucial role in the development of a child.

Play refers to child activities that are self-chosen, child initiated, and child controlled. It is unstructured and spontaneous with no extrinsic goals or value outside of the child’s own interests. Play is different than structured activity because it does not have an objective or explicit purpose other than to be carried out for its own sake. The child has to use their imagination and creativity to devise a course of action that can be carried out in their play. Players take on an imagined role and the child is absorbed into the make-believe world as if it were real.

The child’s imagination during play allows them to experiment with different roles, learn how others perceive them, make choices, solve problems, use logic and language, develop social skills such as sharing and taking turns, cultivate self-awareness and independence from adults , practice new behaviors and refine existing ones, improve balance and coordination , strengthen muscles needed for academic tasks like writing later on in life and create a positive mood.

Children who have been encouraged to participate in pretend play have shown significant improvements in their social skills compared to children who aren’t.

Children encouraged to play also have greater mental capacity for problem solving, are more creative, have better communication skills and an expanded vocabulary, are able to understand others’ perspectives, show increased understanding of moral concepts and principles , have improved reasoning capabilities – leading to better results in school and demonstrate less childlike aggression.

Free play also benefits children socially by allowing them to practice playing with other kids. This allows them to learn the rules of group games involving turn-taking or how not to be too bossy or aggressive when they’re trying to win. Children who engage in pretend play also learn social norms like sharing and taking turns.

Play reduces stress by releasing chemicals that reduce anxiety. Free play has even been shown to benefit children with ADHD and Asperger’s syndrome.

Another beneficial outcome of child play is the development of confidence in their abilities. Children learn motor skills through playing and practice taking control of their own bodies and surroundings, boosting self-esteem and independence. When they succeed at a new task like walking or colouring, they get a surge of dopamine that makes them feel good about themselves. In contrast , when kids fail at something – which is inevitable from time to time even for children who are generally competent – they get another chemical spike that allows them to set a goal for improvement rather than deciding that it’s just not worth the effort to try again.

Environments that encourage free play are child-friendly, stimulating and – most importantly – child-sized. This makes it easier for children to find their own level in terms of what interests them, how fast they learn and whether or not they are an introvert or extrovert who prefers being with others or alone.

As well as child-sized equipment, soft play areas are child-friendly – with no sharp edges or corners that could hurt small children, and fitted around natural breaks in the child’s day rather than trying to force them into what adults think they should be doing. A child will teach themselves how far they can go without hurting themselves on a climbing frame, but an adult might feel nervous about letting them try.

Soft play areas encourage independence by allowing children to safely make mistakes and work out how far they can go without an adult. For child development , it’s crucial that children learn to manage their own behaviour and exercise freedom of choice within a safe environment.

Outdoor climbing frames also and play areas also help child development by cultivating positive social skills. Having to wait their turn and take turns with others is a concept that children need to learn, and climbing frames encourage this kind of interaction because there can only be one child on the frame at a time.

So make sure you’re giving your children the opportunity to play freely and exercise their imaginations.