Why is Security Important for Your Home: 9 Reasons to Install a System 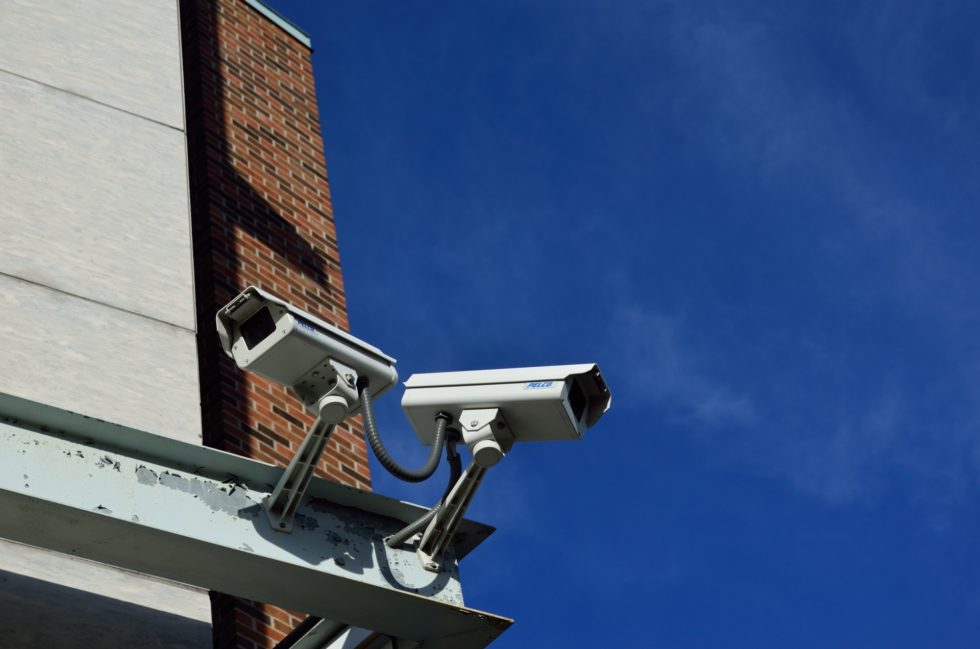 Why is security important for your home?

It may seem like a foolish question, but consider this: only one in nine households has a security or alarm system installed. That means the overwhelming majority of homes are vulnerable to intruders, burglaries, fires, and other disastrous situations.

People often assume the worst could never happen to them, until one day, it does. But you can never take back the bad things that happen, there’s no magic button you can push to change the past.

However, you can take consequential steps to prevent the worst.

Top Reasons to Install a Security System in Your Home

When you install a security system in your home, you’re not just investing in a bunch of high-tech monitoring and alarm equipment, you’re investing in your family’s safety and security

No one can predict the future or completely control their surrounding environment. However, there’s a difference between accepting the things you can’t change and becoming apathetic to the world around you.

If you’re wondering “why is security important?” and “why should I install a security system?” keep reading. We’ll take a look at all the top benefits a home security system can offer you and your family.

1. Protect Your Family Against Intruders

Why is security important for your family?

While it’s true that some neighborhoods are safer than others, you should never assume you and your family are immune to crime.

If you, your spouse, or your children are ever home alone, their safety is a top priority. Tragically, one in three women experiences some form of contact sexual violence in their lives. If a crime like this were to occur in your home, it’s doubtful that the victim would ever feel safe there again.

A home security system will serve as an extra layer of protection against those who may wish to bring harm to the members of your family. In the event that someone breaks in, the alarm will trigger the security agents who will contact the police, bringing aid to your home as quickly as possible.

Most security systems even have ‘false codes’ homeowners can use if the intruder is forcing them to turn it off. This code silences the alarm but notifies the authorities that they’re under duress.

Why is security important for your possessions?

Did you know that a burglary occurs every 20 seconds in the United States? That’s over 4,000 per day and 1.5 million a year. At those rates, it seems optimistic to the point of foolishness to assume your home could never be touched.

While most burglaries are the result of impulse decisions, some are planned. There are burglars out there who study the homes they intend to rob, taking note of the inhabitants of the home and their patterns. If they know you’ll be gone, they’ll have all the time in the world to make off with your possessions.

However, with a security system installed, the second they enter your home, an audible alarm will sound, likely discouraging them from continuing. If they do proceed, they’ll have precious few minutes before the police arrive and the results of the theft will be minimal.

While most homeowner’s insurance policies cover losses in the event of a break-in, some things can never be replaced. Family heirlooms and other items of significant sentimental value cannot be paid for in cash.

Why is security important in the event of a fire?

Most people don’t know it, but most top-of-the-line security systems now come with fire detection features that serve as an early warning against fires. While smoke detectors are great at detecting smoke and saving lives, the mere presence of smoke may mean it’s already too late to save your home.

Security systems come with heat sensors. When strategically placed, these detect sources of heat that could potentially lead to a fire. Heat sensors are particularly efficient at preventing electrical fires.

These early warning systems can help save your life, home, and possessions, rather than simply sounding when it may already be too late.

The world is the most technologically advanced it has ever been. Smartphones are a staple of civilized existence, with nearly 81% of Americans having one on them at all times. While some traditionalist-minded people may scoff at our ability to be constantly connected, it also leads to unrivaled home security.

Smart home security systems can now keep you connected to every aspect of your home at all times and from any location. You can help save energy costs by monitoring and controlling lights, temperatures, and other functions in your home.

Additionally, automated security systems can put you in control of your home’s locks, even when you’re not there.

These tools are convenient, but can also be useful in the event of a potential intruder. Using your smartphone to turn on and off lights in the home will make it look like there’s someone inside, which is enough to deter the majority of burglars and other intruders.

Why is security important for monitoring?

With today’s advance technology we spoke of above, you now have 24/7 access to your home’s security system from anywhere in the world. At any time, you can tap into the surveillance feed or check the recorded video from the past.

This can be extremely valuable and consoling to those who travel often professionally or personally. Additionally, it never hurts to have a watchful eye on babysitters, house cleaners, and other people who may have access to your home. Traditionally, people act differently when they know they’re being watched.

However, round-the-clock surveillance can also be beneficial for keeping an eye on the members of your family. It can help ensure kids are getting home safe after school, as well as discouraging any bad behavior.

Finally, special touches, such as a front door camera will help you monitor any suspicious activity that may occur in front of your home. It could be random strangers coming up to your home, nosy neighbors looking in your windows, etc.

Depending on the security system agency, your storage options may range from a couple of days to infinity. However, saved video footage may be vital to identifying burglars or other intruders.

Why is security important if you’re not there?

As we’ve suggested, one of the biggest perks of installing a state-of-the-art security system is knowing that your home is safe and secure no matter where you are. As iconic as the image is of a burglar creeping into your home at night, statistics show that most burglaries occur during the day when people are at work.

Whatever their motivations, criminals typically don’t want to get caught. Getting caught means going to jail or worse. Therefore, it’s in their best interest to break into your home when you’re not there.

However, the constant access to your home’s security system can be just as beneficial as being at home. Turn the alarm on and off, lock the doors, and even communicate from remote locations. Some systems have microphones and speakers, allowing two-way conversation between you and whoever is at your house.

As well as smoke and heat, some security systems come with sensors that detect harmful and odorless gases, such as carbon monoxide.

Carbon monoxide cannot be seen or smelled by humans. However, we have several appliances and features in our homes that create carbon monoxide through combustion, such as wood stoves, gas stoves, hot water tanks, washers, dryers, and anything else that uses heat. While these appliances are built to keep us safe from carbon monoxide, a malfunctioning machine can be deadly.

Having additional carbon monoxide detectors around your home could prevent any serious symptoms such as nausea and vomiting, dizziness and weakness, or even unconsciousness. If not remedied immediately, exposure to carbon monoxide could lead to permanent brain damage or death.

Why is security important for your insurance?

Like any business, insurance companies exist to make money. Therefore, when it comes to homeowner’s policies, it’s financially wiser and safer to cover a home that’s protected by a security system than one that isn’t.

By installing a security system in your home, you can significantly lower your homeowner’s insurance premiums, as you are less a liability in terms of coverage. Criminals are less likely to break into homes with security systems, and insurance companies know it.

While there is a myriad of steps you can take to make your home more impenetrable to intruders, one of the best things you can do is installing a security system with visible security cameras and an audible alarm.

As we suggested above, criminals don’t want to be caught or identified, which is why they operate in darkness, concealment, or when no one is around. A security system represents a threat to their freedom.

A visible security camera indicates that someone is watching and that their crime could be permanently recorded, which could potentially lead to their arrest. An audible alarm is a warning signal of something much more threatening – notification to authorities. Depending on the location of your house, it could be as quick as five minutes from the time the alarm goes off until the police arrive.

While we have a tendency to fear criminals, most of them are cowardly and desperate. They’re more afraid of us than we are of them.

Why is security important in medical situations?

For some people, safety and security come down to health and well-being on a medical level. For some people, such as the elderly or those who live with unstable health, security systems offer an invaluable benefit – emergency medical alerts.

The medical alert feature comes with emergency pulls in various rooms of the house as well as a pendant that can be pushed in the event of an emergency. We have all heard of those who have fallen alone in their homes, only to wait days for someone to know something was wrong. The medical emergency alert system can save lives as well as giving the resident and their family members the comfort of knowing they’re taken care of.

When you install a security system, you’re getting much more than advanced alarm hardware and monitoring equipment. You’re also investing in a team of professionals whose only job is to keep you, your family, and your home safe, regardless of where you are.

If you’re on vacation, the last thing you need to worry about is your home’s security. A security system support team will do it for you. If anything should happen while you’re gone, they’ll notify you immediately but will also take care of everything on their end.

If the alarm is triggered, for example, the monitoring agency will know about it immediately. Should there be a true emergency, they will contact the police and send them over to check it out as soon as possible.

Finally, when you invest in a security system, the safety, and security of your home and everyone in it is no longer a burden you must carry alone. You can rest easy night or day, at home or away, knowing that your home is being watched over.

After all, our homes should serve as sanctuaries of relaxation and escape from the outside world. The peace of mind that comes with knowing you and your family are protected while inside its walls is priceless.

Why is Security Important?

Why is security important?

Security is important because it is what stands to protect your family and home from harm. A security system can protect your valuables from burglars, prevent your home from burning down, or even save you and your family’s lives.

If you’re interested in getting a security system installed in your home, contact us today to see how we can help.