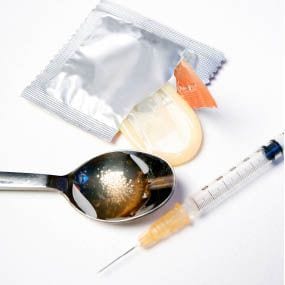 Methamphetamines are an addictive stimulant that are closely related to amphetamine, but have longer lasting and more toxic effects on the central nervous system. They have a high potential for abuse and addiction. They increase wakefulness and physical activity and decrease appetite. Chronic, long-term use can lead to psychotic behavior, hallucinations, and stroke. Methamphetamines are very addictive stimulant drugs that activate certain systems in the brain. They are chemically related to amphetamine but, at comparable doses, the effects of methamphetamines are much more potent, longer lasting, and more harmful to the central nervous system.

Methamphetamines have a high potential for abuse and are available only through a prescription that cannot be refilled. They can be made in small, illegal laboratories, where production endangers the people in the labs, neighbors, and the environment. Street methamphetamine is referred to by many names, such as “speed,” “meth,” and “chalk.” Methamphetamine hydrochloride, clear chunky crystals resembling ice, which can be inhaled by smoking, is referred to as “ice,” “crystal,” “glass,” and “tina.”

What is Crystal Meth?

How and why is methamphetamine used?

Methamphetamine comes in many forms and can be smoked, snorted, injected, or orally ingested. The preferred method of methamphetamine abuse varies by geographical region and has changed over time. Smoking methamphetamine, which leads to very fast uptake of the drug in the brain, has become more common in recent years, amplifying methamphetamine’s addiction potential and adverse health consequences.

The drug also alters mood in different ways, depending on how it is taken. Immediately after smoking the drug or injecting it intravenously, the user experiences an intense rush or “flash” that lasts only a few minutes and is described as extremely pleasurable. Snorting or oral ingestion produces euphoria – a high but not an intense rush. Snorting produces effects within 3 to 5 minutes, and oral ingestion produces effects within 15 to 20 minutes.

As with similar stimulants, methamphetamine most often is used in a “binge and crash” pattern. Because the pleasurable effects of methamphetamine disappear even before the drug concentration in the blood falls significantly, users try to maintain the high by taking more of the drug. In some cases, abusers indulge in a form of binging known as a “run,” foregoing food and sleep while continuing abuse for up to several days.

What are the signs?

7. False sense of confidence and power

Is it the same as Cocaine?

No! Methamphetamine is structurally similar to amphetamine and the neurotransmitter dopamine, but it is quite different from cocaine. Although these stimulants have similar behavioral and physiological effects, there are some major differences in the basic mechanisms of how they work. In contrast to cocaine, which is quickly removed and almost completely metabolized in the body, methamphetamine has a much longer duration of action and a larger percentage of the drug remains unchanged in the body. This results in methamphetamine being present in the brain longer, which ultimately leads to prolonged stimulant effects. And although both methamphetamine and cocaine increase levels of the brain chemical dopamine, animal studies reveal much higher levels of dopamine following administration of methamphetamine due to the different mechanisms of action within nerve cells in response to these drugs. Cocaine prolongs dopamine actions in the brain by blocking dopamine re-uptake. While at low doses, methamphetamine blocks dopamine re-uptake, methamphetamine also increases the release of dopamine, leading to much higher concentrations in the synapse, which can be toxic to nerve terminals.

What are short term effects?

As a powerful stimulant, methamphetamine, even in small doses, can increase wakefulness and physical activity and decrease appetite. Methamphetamine can also cause a variety of cardiovascular problems, including rapid heart rate, irregular heartbeat, and increased blood pressure. Hyperthermia (elevated body temperature) and convulsions may occur with methamphetamine overdose, and if not treated immediately, can result in death.

Most of the pleasurable effects of methamphetamine are believed to result from the release of very high levels of the neurotransmitter dopamine. Dopamine is involved in motivation, the experience of pleasure, and motor function, and is a common mechanism of action for most drugs of abuse. The elevated release of dopamine produced by methamphetamine is also thought to contribute to the drug’s deleterious effects on nerve terminals in the brain.

What are long term effects?

Long term methamphetamine abuse has many negative consequences, including addiction. Addiction is a chronic, relapsing disease, characterized by compulsive drug seeking and use, accompanied by functional and molecular changes in the brain. In addition to being addicted to methamphetamine, chronic abusers exhibit symptoms that can include anxiety, confusion, insomnia, mood disturbances, and violent behavior. They also can display a number of psychotic features, including paranoia, visual and auditory hallucinations, and delusions (for example, the sensation of insects creeping under the skin). Psychotic symptoms can sometimes last for months or years after methamphetamine abuse has ceased, and stress has been shown to precipitate spontaneous recurrence of methamphetamine psychosis in formerly psychotic methamphetamine abusers.

With chronic abuse, tolerance to methamphetamine’s pleasurable effects can develop. In an effort to intensify the desired effects, abusers may take higher doses of the drug, take it more frequently, or change their method of drug intake. Withdrawal from methamphetamine occurs when a chronic abuser stops taking the drug; symptoms of withdrawal include depression, anxiety, fatigue, and an intense craving for the drug.

Fortunately, some of the effects of chronic methamphetamine abuse appear to be, at least partially, reversible. A recent neuroimaging study showed recovery in some brain regions following prolonged abstinence (2 years, but not 6 months). This was associated with improved performance on motor and verbal memory tests. However, function in other brain regions did not display recovery even after 2 years of abstinence, indicating that some methamphetamine-induced changes are very long-lasting. Moreover, the increased risk of stroke from the abuse of methamphetamine can lead to irreversible damage to the brain.

Is treatment effective/necessary to stop?

All calls are confidential. Source(s): Center for Addiction and Mental Health, National Institute on Drug Abuse