TURNING POINT IN GROCERY RETAIL. HOW CAN CPG BRANDS COPE WITH IT? 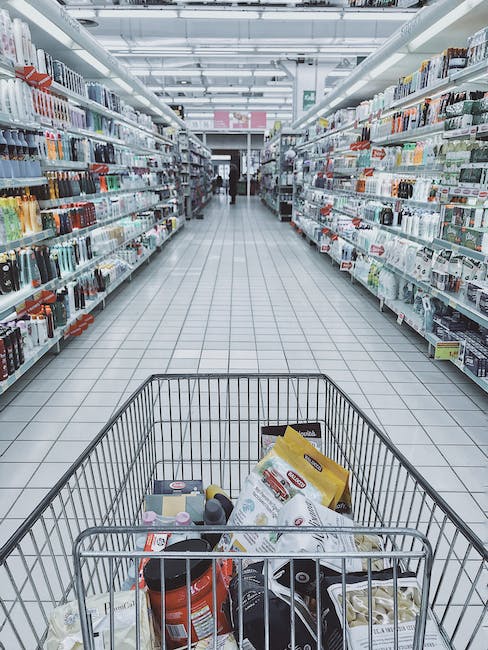 The global health crisis has a bigger than initially expected impact on communities, as well as businesses from all across the world. Many industries felt its effects immediately, some of them being more affected than others.

Suppliers, brands and retailers in the consumer goods (CPG) industry were clearly among those that felt the effects of the health crisis from the first weeks. And with consumers ‘showcasing’ various shopping habits, retailers should focus on the so-called new rules of engagement, while making sure critical items can be found on their shelves and their employees and clients are safe.

Thus, there’s no doubt that we’re in front of a real turning point in grocery retail and it will be very interesting to see how CPG brands can cope with the entire situation!

Ever since February, when it was clear enough that the health crisis-related disease is something that should be taken very seriously, a shift in consumer behavior could be observed. As governments announced the first safety measure, more and more people abandoned their usual grocery sessions and replaced them with online shopping or store pick up. As for those who were ‘brave’ enough or didn’t have a technical background developed enough to shop online, they still went to stores, but their visits were shorter than usual and were sticking just to the essentials. Obviously, this was a bad sign, as less time spent shopping means less profit for retail chains.

Even though over the past 2-3 months there were some signs of returning to normal, grocery retail is still experiencing a lack of physical clients in-store. And again, no matter how much they shop online, it’s still a bad sign, like it would be for any business with a physical location.

Surprisingly – or even funny – enough… the Census Bureau was reporting an increase of 13.2% in grocery store sales in the United States, in April 2020, while the EU registered a 1.2% increase in sales of food, beverages and tobacco, in the same period.

But all the cool kids started hanging out online, more than ever!

When it comes to online grocery shopping during the global health crisis, it appears that the trend has seriously accelerated in the United States. At the peak of these difficult times, between 10 and 15% of total grocery sales were made online, while analysts believe that online grocery sales could remain somewhere between 5 and 10%, as the crisis recedes.

Aware of the fact that they were facing at least a few months of limited activity, in special conditions, several CPG brands took new sets of measures, on several plans, in an attempt to cope with the global health crisis.

Initially, retail advertising took a while to decline, but once it picked up, the declines were massive, reaching values of over 50% in volume. And wait, we’re not done yet: a big part of the remaining advertising volume was ‘conquered’ by messages on how retailers are actually dealing with the situation, like the measures taken to protect both customers and employees, general advice on how to stay safe, as well as what they’re doing to help local communities get through the health crisis.

In-store promotion strategies, as we knew them, were also drastically adjusted, in order to be on the safe line with the basic set of safety measures. And this, at least from our point of view, was quite tricky for many CPG brands.

Sampling is gone. Not a surprise, though, as it involved close human interaction, something that the health crisis made a thing of the past. Changes in assortment and promotional and presentation plans were also made, alongside several other sets of measures, in a clear attempt of maintaining social distancing and stopping the virus from spreading, while allowing customers to shop for groceries in conditions as close as possible to the pre-health crisis ones.

How can CPG brands cope with the changes?

It’s not a secret, that from a psychological point of view, people don’t like change. For some, it’s easier to accept and cope with it, while others are having a rough time doing it. Hopefully, CPG brands are part of the first category, as in this so-called fight for survival, they must change many of the things they were doing before the global health crisis.

Ok, that sounds great, at least in theory, but should these brands do it?

First of all, think about changing mindsets and the way in-store advertising is done. Omnichannel shopping, which is basically a way of allowing customers to purchase no matter their location, is no longer a new concept. Automations and online advertising are also there to help you, while technology can be a CPG brand’s best friend in a post-health crisis world.

As you probably know, we, at Tokinomo, are kind of crazy about technology. And we used this to build one of the most powerful tools a brand can use to communicate with its clients: an interactive robotic shelf display which, through a combination of motion, lights and sound is able to create a one of a kind connection, while also maintaining distancing rules.

The idea is pretty simple, actually. A built-in motion sensor detects shoppers approaching your product and then it brings it to life, thus starting the engagement process. A completely redefined engagement process, that is, in accordance with all the current safety measures. Because, in times of crisis, the key to success is to adapt and embrace the change.