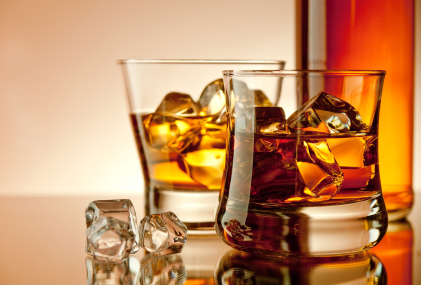 The CDAC (Community Drug and Alcohol Council, Inc) recently reported the top 10 most abused drugs.  The drugs are listed below in order of most often to least often abused.

1-Alcohol: The CDAC notes that, “with over half (51.8%) of U.S. population identified as drinkers, alcohol is the #1 most abused substance. Nearly a quarter of the population participates in binge drinking (58.6 million), and 6.7% of the population reported heavy drinking (16.9 million). As a depressant, alcohol produces impaired coordination and judgment, slurred speech, and blackouts.”

2-Tobacco: At least one quarter of Americans (6.9 million) are users of a tobacco product making it the second most abused drug. Many individuals are drawn to smoking because it stimulates the pleasure centers in the brain and turn on the body’s natural chemicals that produce euphoria. Cigarette smoke contains over 4000 chemicals, causing long-term systemic effects.  These risks include high blood pressure and smoking has been proven to increase the risk of cancer.

3-Marijuana: Marijuana is the #1 most abused illicit drug and the third most abused drug according to the CDAC. The CDAC reports that, “the dried parts of the Cannabis plant can cause distorted perceptions, impaired coordination and problems with learning and memory.”

5-Cocaine: Although cocaine gained popularity back in the 1980’s, it still remains on the top 10 list of most abused drugs: listed as the fifth most abused.  According to the CDAC, nearly 1.5 million people in America are current users of this white powder.  Cocaine use results in severe psychological dependence and intense drug cravings.  This is due to cocaine’s short-lived yet powerful effects of euphoria.  With cocaine, tolerance builds quickly, making it more dangerous.

6-Inhalants: The most often used inhalants that are abused to obtain a high include: shoe polish, glue, gasoline, spray paint, cleaning fluid, “poppers,” and nitrous oxide (according to the CDAC).  These inhalants are simply the vapors from these toxic substances. Most users of inhalants will experience an initial high and loss of inhibition followed by drowsiness, slurred speech and agitation.

7-Ecstacy: Often called the “love pill”, Ecstasy is one of the most popular and most abused drugs among youth today. It is the most popular club drug and produces feelings of euphoria, alertness, hallucinations, and closeness with others. A frightening fact is that nearly 65% of pills sold as Ecstasy contain other substances. This means that the effects of Ecstasy can be both unpredictable and dangerous.

8-LSD: LSD is reported to be the most popular hallucinogen among users.  Ranked on the most abused list at number 8, LSD, also known as “acid,” is the most potent hallucinogen in the world. It is often sold on blotting paper, or “window panes.”  The effects of LSD are unpredictable, altering the user’s mood, personality, and sensations of reality. (CDAC, 2012).

9-Methamphetamine: The ninth most abused drug is methamphetamine, also known as meth, crank, or speed.  Meth produces feelings of well-being and energy which can last from 4 to 16 hours.  Because of its lasting effects, it is a popular drug for both parties and nightclubs. Meth is highly addictive, and burns up the body’s resources.

10-Heroin: Although it is last on the list of most abused drugs by the CDAC, heroin remains a commonly abused drug today.  It is made from poppy plants and is a highly addictive opiate.  It can be injected, smoked, or sniffed and creates a feeling of a euphoric rush.  Users feel an increased ability to communicate easily with others, and report heightened sexual performance.