Things to do in Merida – Mexico 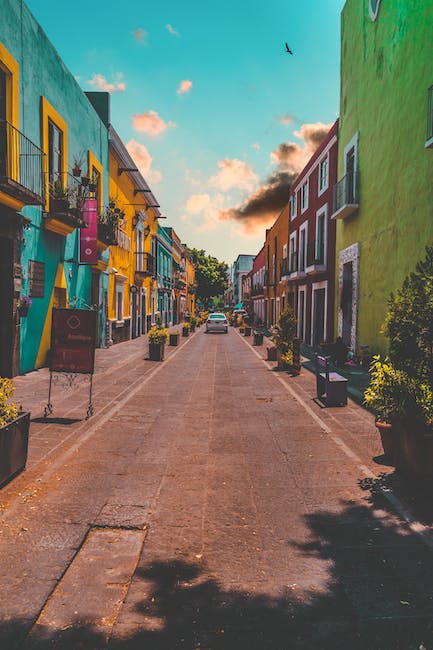 Surrounded by colonial buildings and a sun that never relents, stands the city of Merida, Yucatan. Known as “Merida Blanca” (white Merida), the city dates back to the Spanish conquest, and to this day it carries a lot of cultural tradition and history along the streets of the city.

Either you are a first time visitor or a returning traveler, the city will always amaze you with its unique charm. You can’t come and not take a walk along the Paseo de Montejo, try a “marquesita”, or take a refreshing swim in a cenote. · Cenotes – Merida natural pools.

The cenotes are sinkholes formed thousands of years ago after the collapse of cavern ceilings. Merida may not have any rivers or streams, but these natural pits make up for two of the longest underground water systems in the entire world. The Mayas that inhabited the Peninsula believed that these caverns were the connection to the underworld, and today many of these ecosystems are protected by the Mexican government. Yucatan has over 6,000 cenotes, and you will be able to find at least a good dozen surrounding the city.

Step away from the ever-present heat and take a dive! · San Ildefonso Cathedral. One of Merida’s most captivating feature is its architecture. The cathedral, built in the XV century, it’s the oldest of its type in the entire continent. It is located downtown right in front of La Plaza Grande, the city’s main square. The entrance is completely free, and if you happen to be there on Friday nights, you will be able to enjoy the fantastic light and sound show projected on its façade.

Merida citizens hold a deep sense of identity, but that doesn’t mean that they are not welcoming towards tourists. Yucatecos are known for their warmth, and tourists are always finding their way back to Merida. You are likely to stumble across people from at least five different nationalities as you wait to flag a taxi. My favorite thing about Merida is definitely its cultural diversity, and the cocktail of ancient and modern traditions that you can witness on a daily basis.

The Paseo de Montejo is a 5 kilometers trail inspired in the Parisian Champs-Élysées. Most of the buildings framing this long avenue date back to the Spanish Colonization years, and feature French-inspired exteriors, with imposing gardens and ornate gates. One of the gems that you will find here are Las Casas Gemelas (Twin Houses), two semis identical palace-like family houses with French and Italian architectural design. Some of the other mansions function as museums. Lined with trees and colorful flowers, Paseo de Montejo is also dotted with small and cozy cafés, ice-cream parlors, and famous hotels.

If there’s something that puts Merida aside from the rest of the country, and even the world, it is without doubt its cuisine. Main dishes, desserts, beverages, baked goods, sweets… the variety of flavors and smells runs endlessly. In fact, it is believed that this cuisine, result of a combination of ancient tradition and European and Caribbean flavors, has over 300 original dishes. ·

Eladios Bar and Restaurant: this is without doubt the perfect play to enjoy a wide arrange of snacks and your favorite drinks.

Cafetería Impala: a popular coffee place among tourists and locals alike, it is located in Paseo de Montejo, which makes it the perfect spot to enjoy a light breakfast or brunch before you start your walk along the main avenue.

Mercado 60: just a few streets from Plaza Grande, this market-style spot is the right place to go if you want to try both traditional and international food, accompanied by drinks and live music.

Being a cultural hub, you will find that there’s always something going on in Merida. It has a good amount of theaters, that attract both local and international performers. Go to José Peón Contreras Theater to hear the Yucatan symphonica play, or if you happen to visit in the winter book tickets for Royal Russian Ballet that comes to town every year.

On Saturday nights, the streets of Paseo de Montejo come to live with the Noche Mexicana, showcasing traditional musical and dance groups from the region. Serenade Night in Santa Lucia park brings together traditional musicians and singers to entertain visitors in a most romantic evening. Merida Fest, a celebration to commemorate the founding of the city, takes place during the first week of January and features musical groups, singers, international performers, and a great variety of literature, theatre, and visual arts shows.

Merida Nightlife’s is fit to accommodate each kind of person, whether you want to keep reveling in the cultural traditions, or spend a night out trying the different bars, you’ll find something to make your night one to remember.

Go to the Cathedral of San Ildefonso to enjoy a reenactment of Pok Ta Pok, the Mayan ball game, or join the Noches de Leyenda night tour which has a historical focus that is accompanied by theater performance. If you feel a little more adventurous, stop by Fundación La Mezcalería, a bar and dance club where you will be able to try around 50 different varieties of mezcal and dance until your feet hurt.

Day Trip Out of the City

Have you ever visited one of the Seven Wonders of the World? Whatever your answer is, you can’t miss the chance to visit Merida’s: Chichén Itzá. This archeological site is the most important Mayan temple, dating back to 1200, extends over 3 kilometers. El Castillo, the central 98-foot-tall pyramid, is guarded by gigantic stone-carved snake heads, representing the deity of Kukulkan.

The history of Chichén Itzá is as long as it is mind-blowing, don’t miss a chance to visit!

Something that not many travelers would know about

Merida was recently named The Best Small City to live in the entire world. What are you waiting to visit? Fun fact: locals love baseball. Merida’s team is one of the most famous in the country, and whenever there’s a game in town you will probably encounter astoundingly heavier traffic and people wearing the team jersey wherever you go.