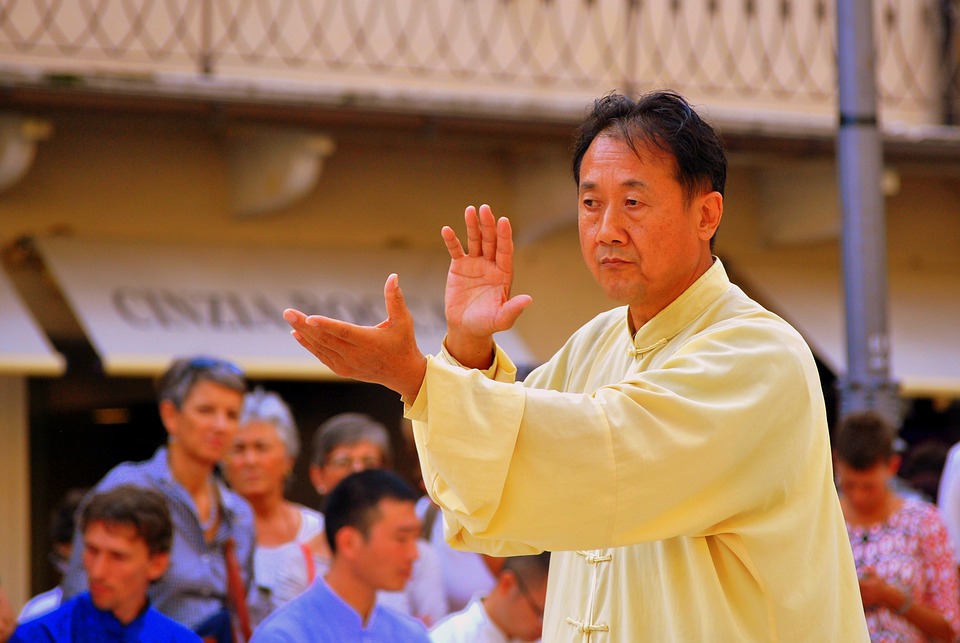 The ancient meditative practice of Qigong offers a wide variety of benefits that may help enhance your physical and mental well-being. From stress reduction to enhancing strength, the practice of these meditative exercises makes Qigong an ideal practice for managing pain and other conditions that impact your health. Yet, research suggests that you can take advantage of the many therapeutic benefits of Qigong when you combine it with Western medicine. Here’s how:

According to the Office of Disease Prevention and Health Promotion, asthma and chronic obstructive pulmonary disease (COPD)–two of the most common respiratory diseases among people living in the United States—impacts nearly 40 million Americans collectively.

For instance, research indicates that the direct costs of asthma, including expenses for medications and hospital stays cost $50.1 billion annually. Moreover, the cost of medications for asthma has increased by an average of 50 percent to as much as 80 percent since 2009, according to a study by Consumer Reports.

Yet, research suggests that combining Qigong exercises with drug therapy can result in favorable conditions for individuals with respiratory diseases, such as asthma and chronic bronchitis.

A Journal of Alternative and Complementary Medicine study suggests that patients who took medication to treat their asthma and who also practiced Qigong saw reduced therapy costs, days in the hospital, and drug dosage.

These patients also saw a reduction in requiring sick leave. For instance, one comparative study found that when patients who received drug therapy for chronic respiratory conditions, such as pulmonary emphysema and asthma, practiced Qigong exercises during treatment their heart rates improved compared to when they only took their medication.

The study also indicates that Qigong, combined with Western medicine, played a role in lowering the patients average breathing rates.

A clinical study by Sun and Zhao suggested that Qigong exercise combined with drug therapy for patients with advanced cancer increased the patients’ appetites, weight, and strength by four to nine times compared to patients who did not practice Qigong during treatment.

Another study by also revealed that the inclusion of Qigong exercises along with routine treatments for cancer patients, such as radiotherapy, surgery, and chemotherapy, helped improved the side effects of the treatments.

The study indicated that the group of cancer patients receiving routine treatment who practiced Qigong exercises had a 92-percent chemotherapy suspension rate compared to the group that only relied on the treatment, which had a 61-percent chemotherapy suspension rate. Thus, combining Qigong exercises with their routine cancer treatments may offer benefits that suggest improvements when both are used together.

Drug addiction can have a profound economic impact and adverse consequences on the lives of those struggling with an addiction. According to the National Institute on Drug Abuse, substance abuses can cost over $740 billion a year when considering the crime, health care, and work-related costs.

Research from the Qigong Institute also suggests that the practice of Qigong, combined with Western medication, may help individuals addicted to drugs rehabilitate. For instance, a study by Ou and Li indicated that patients who were undergoing drug addiction treatment and practiced Qigong at the same time experienced improved mental conditions, such as lower cravings and stress.

Qigong exercises combined with Western medicine also impacted the patients’ physical health by helping to clear the drugs from patients’ systems compared to individuals who did not practice Qigong. The study also suggested Qigong played a role in relieving symptoms of withdrawal, such as muscular pain and sweating.

How Qigong Helps in Combination With Drugs

Understanding how Qigong exercises can have a positive impact on cancer patients’ health and the conditions of those who have asthma or drug addition calls for evaluating Qigong’s actions when combined with medications.

Several theories exist to help explain this phenomenon, including how improved blood circulation enhances bodily processes that may improve the immune system’s response to disease.

One of the health-related benefits of Qigong is its ability to help increase blood circulation. Blood circulation impacts various processes and functions within your body.

As a result of increased blood circulation, your body may experience more efficient waste removal from your cells and better oxygen and nutrient delivery to the cells.

Experts believe that improving these processes can help nourish tissue that is stressed or ridden with disease so that the body eventually heals itself.

While Qigong offers plenty of advantages when you practice it on its own, practicing Qigong while receiving drug therapy also has the potential to maximize its benefits.

Combining Qigong exercises with drug therapy also offers the opportunity to enhance the patient experience while managing a variety of conditions, including asthma, drug addiction, and cancer.

By combining the practice of Qigong with Western medicine, you can reap its therapeutic benefits to enhance your mental and physical health.