The Truth About the IRS Fresh Start Initiative 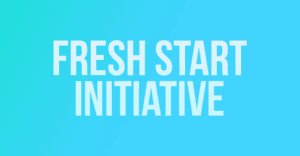 If you’ve ever heard one of the many radio or TV ads that gushes about the “IRS Fresh Start Initiative” and how it can result in a “pennies on the dollar” tax settlement for YOU, you’ve probably wondered:  is this for real?  Is it really as simple as calling this 800 number, hiring some kind of tax pro, and, voila, your tax liability gets settled for a tiny fraction of what you or your business owes?  The truth of the matter is that certain taxpayers and businesses do, in fact, qualify for a screaming-deal tax settlement.  However, most do not, so don’t be fooled by the hype.

This is not to say that many indebted taxpayers cannot benefit in some way from the Fresh Start Initiative.  That is because the Fresh Start Initiative encompasses a host of different ways aside from tax settlements (aka Offers in Compromise or OIC for short) that make it easier for taxpayers to resolve their tax liabilities.  Let me break it down for you and show you how you may be able to come out ahead.

The IRS has a complex and lengthy set of rules and policies that govern the way that indebted taxpayers and the IRS resolve tax liabilities.  If you are an individual who owes $50,000 or less or a business who owes $25,000 or less, and you meet certain criteria, there is a relatively straightforward process for setting up an installment agreement (note that some of these same businesses or individuals could qualify for an OIC, which, although not simple, could result in substantial savings and may be a far better alternative than an installment agreement).

As a part of the Fresh Start Initiative, individuals owing up to $50,000 often qualify for a streamlined installment agreement, which can be secured with minimal financial information and can have a repayment term of up to 72 months.  For businesses owing up to $25,000, there is a similar program called the in-business trust fund express installment agreement, which grants a repayment term of up to 24 months with minimal financial disclosure.  Note that neither of these programs provide any relief from penalties or interest, though penalty reductions may be available through a separate process.

If you or your business owes more than those amounts or if you don’t meet basic eligibility criteria or if you want settle for less via an OIC, things get very murky, very fast.  If you think that the process of reaching an agreement with the IRS is going to be easy, you’re very likely in for a rude awakening.  Aside from the streamlined installment agreement and the in-business trust fund express installment agreement discussed above, you will need to brace yourself for a lengthy process that will likely involve a ton of financial information, deadlines and demands, severe consequences for failing to meet deadlines and demands, and a significant risk that the IRS will require crushing monthly payments that make it difficult or impossible for you or your business to make ends meet.

As it was prior to the implementation of the Fresh Start Initiative, indebted taxpayers still must weed through the IRS’s vast and complex rules and polices so that they can try to determine which tax resolution strategy will work best for them.  Just because a taxpayer qualifies for something included in the Fresh Start Initiative does not mean that particular “something” is the best way to resolve that taxpayer’s tax debt.  Assuming they manage to decipher the best strategy for their unique circumstances, they still must go about implementing that strategy.  This is a daunting task given the average taxpayer’s lack of knowledge and experience in resolving back tax debts.  Powerful IRS collection officers who are often aggressive and uncooperative don’t make it any easier.

If you have a serious tax liability, your best bet remains consulting with an ethical and experienced tax resolution professional—one with significant experience resolving back tax issues (hint: few accountants have much experience in this area).  A good tax resolution professional can help you identify the best strategy for resolving your tax debt and give you the best chance of actually implementing that strategy.

Fortress has knowledgeable and compassionate professionals who would be happy to talk things through with you at no charge.  All you have to do is contact us.