The Trials Are Coming: What to Expect in Destiny 2’s Season of the Worthy 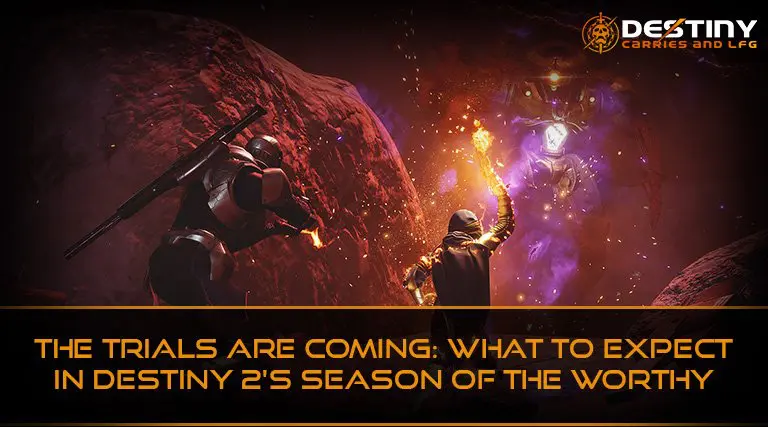 At the end of Season of the Undying, we were left wanting more. We wanted to know more about the Darkness that’s supposedly been coming since the beginning of Destiny 2. The Black Pyramid ships show up but we’re told nothing about them.

Speculation was all we had.

Then Season 9: Season of the Dawn came. Suddenly we’re galavanting through time and fixing a timeline. Time travel is a common delay tactic used by sci-fi tv show writers for decades.

Now we’re speculating again. This time we’ve received some hints from a data-mine and Bungie’s already confirmed some details. If you’re asking yourself, “when is Trials of Osiris” coming back or “are we going to find out more about the Darkness in Season of the Worthy?” then keep scrolling and we’ll find out together. 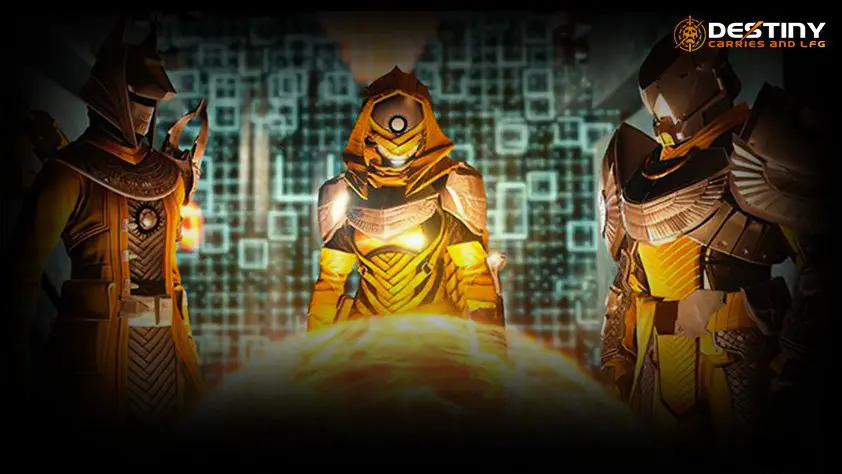 1. When Is Trials Of Osiris Returning?

If you jumped into the Destiny universe with Destiny 2, you may not know what we’re talking about. You wouldn’t remember the intensity of 3v3 high-stakes deathmatches where if you die, only your fellow Guardian could revive you. Entry required a Trials Passage you bought for 500 glimmer.

It sounds awesome, but the bounty was so coveted that cheaters and trolls dominated the playing field. Bungie responded with console bans, but it was too little too late. The Trials went away with the end of Destiny 1.

Recently, Ginsor on Twitter leaked some exciting information he mined from a recent Destiny 2 hotfix. “[EDAC1366]: With the restoration of the Lighthouse complete, Trials of Osiris and more will return in Season of the Worthy.”

Bungie has confirmed Ginsor’s leaked information. We are getting Trials back this next season.

Some are worried the cheaters will be back in droves this next season. Bungie has already assured players. They’re working on new ways to combat cheaters and trolls, especially now that Destiny is on PC.

Console (and presumably PC?) bans will continue. While Destiny 2 is free-to-play, some new content is behind a paywall. Bungie says they’ll make Trials of Osiris pay-to-play to discourage random trolls and cheaters.

In Destiny 1, all you needed to play Trials was 500 glimmer. Now Bungie says they’ll create a power level minimum. They haven’t said what the minimum will be, but it will be high enough to guarantee a higher level of gameplay.

2. Season Of The Worthy: “A Line Has Been Drawn”

Ginsor’s datamine doesn’t end with the Trials of Osiris leak. He found audio from a cinematic cut scene that hints at what might be coming next. This scene is supposedly from the end of the current Season of Dawn although whether that’s true is speculation.

In the audio clip, a deep gravelly authoritative voice speaks to us. He calls us an “old man” and tells us that the Tower sees us as “a god.” Yet he sees “a thug, a murderer,” and a “betrayer.”

He reveals that he left the Infinite Forest because he saw a line “drawn in this system. Light on one side. Dark on the other.”

Lastly, he asks, “Where do you stand?”

Is this the choice we’ve been waiting for since the end of Season of Undying? Are we getting split up into factions? Are we the old man or is someone else the old man?

Who Is The Old Man?

Ginsor tweeted that he knows the identity of the old man. He won’t tell us. Why? Because he’s enjoying the speculation too much.

What have Guardians been saying?

Others wonder if the old man is the Traveler. The Tower sees it as a god and not Rasputin.

There’s speculation that the voice is a “dark reflection” of ourselves. Guardians point out the “echo” in the audio indicating some sort of corridor. This would tie the seasons together well.

Is it Saint? Lord Saladin? The verdict is still out and the speculation is as varied as a field of wildflowers. 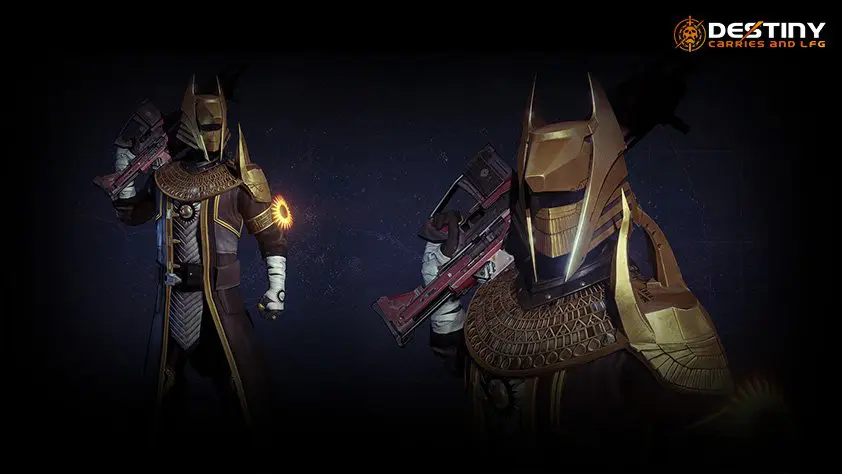 3. Empyrean Foundation As Transition Into Next Season

Empyrean Foundation is the last bit of information Ginsor leaked recently. What is it? It’s likely the “Final Assault” of this season.

If we want to know what this might entail, we should analyze the very words in the title. “Empyrean” is an adjective meaning “celestial.”

This will be a restoration of some sort that will light the flames of the old Lighthouse. Of course, we know it will somehow bring us the Trials of Osiris.

Be sure you’ve unlocked the Obelisk in the Tower. Empyrean will be a community event thus you’ll need to gather up Fractaline. If you contribute 5,0000 Fractaline before season’s end, you’ll win a Triumph Emblem related to the Empyrean Foundation.

There will be an exotic item called Light-Fused Fractaline which will come with the Restoration. It’s supposed to increase the resonance of an obelisk by one rank.

Right now, if you talk to Saint-14, you’ll receive a new quest called “Bright Future: Heat of the Sundial.” This will eventually allow you to unlock the Empyrean Foundation.

Right now, if you complete everything available in the Empyrean Foundation, you’ll see a new placeholder appear where the Trials of the Nine used to be in the Crucible menu. It says, “Caloris Spires, Mercury: Help Saint-14 prepare for the future.” Caloris Spires is the Lighthouse, of course, which brings us back to the Trials of Osiris.

Keep donating that Fractaline, Guardians, and we’ll see where this leads.

Looking Forward To The Season Of Worthy

We’re working together now, but will we be in Season of Worthy? The only answer we’ve been able to fully answer is “when is Trials of Osiris coming back?” What’s happening in Season 10? We really don’t know for sure.

Whatever happens, it’s going to be epic.

If you’re looking for some rad weapons to help you through the end of Season of Dawn, check out our store.