The Top 10 Motorcycle Brands in the World 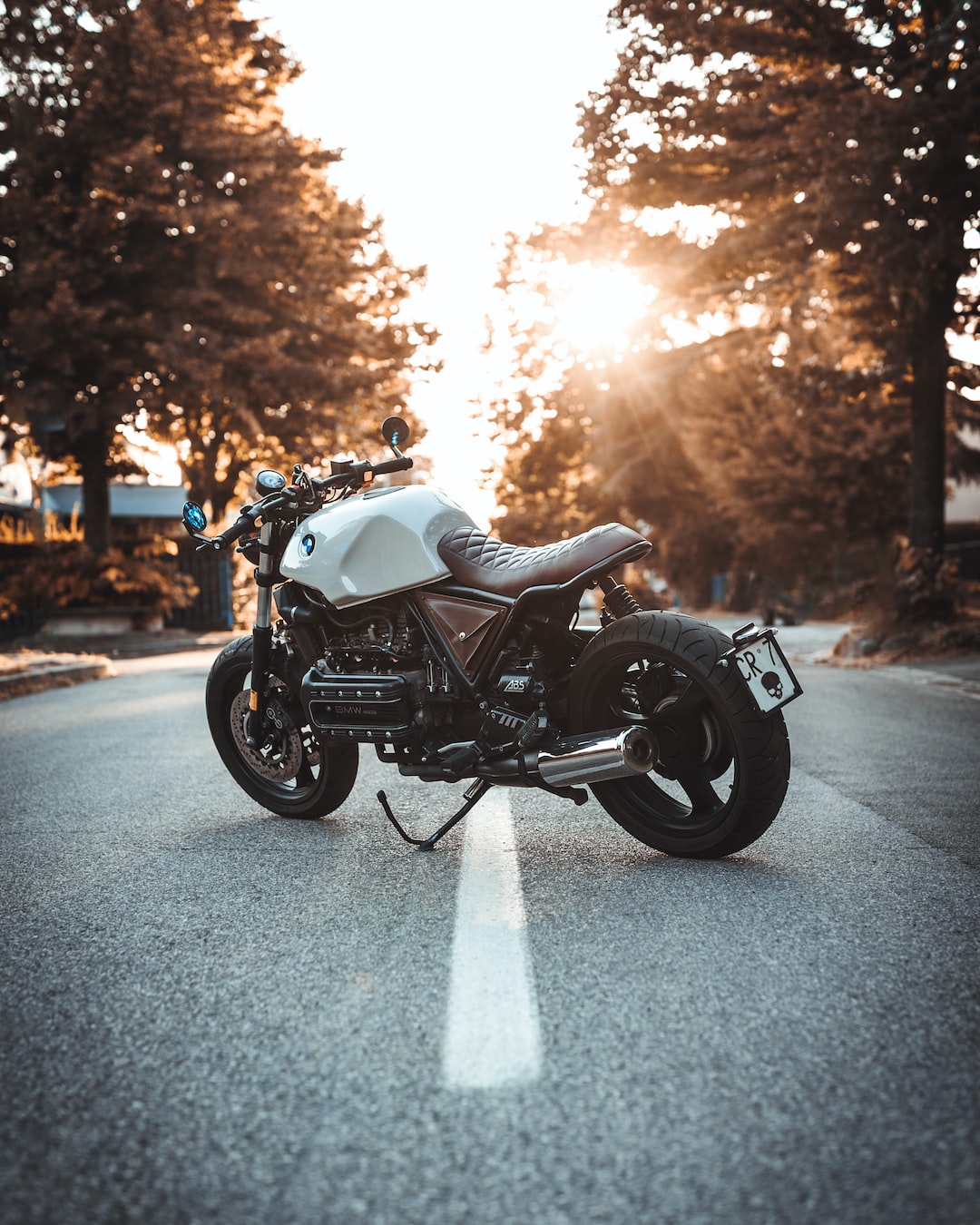 With all the different motorcycle brands out there, how do you know which is the best? The open road, the wind in your face, and a piece of pure machinery muscle between your legs. Could there be anything better, regardless of brand?

When you finally decide to purchase your first motorcycle, it’s a very exciting moment. And it’s not much different for each motorcycle you buy after that first one either. But, with so many motorcycle brands out there how exactly do you choose? To get you started we give you the breakdown of the top 10 best motorcycle brands in the world.

The Top 10 Best Motorcycle Brands in the World

Ever since Harley Davidson Motor Co. opened its doors in 1903, they have been wowing their customer base.

Harley Davidson was founded by William S. Harley, William and Walter Davidson, and childhood friend Arthur Davidson. What began as a few young men with a dream grew into a worldwide empire.

Harley Davidson offers a ride for every lifestyle. If you’re looking for a sleek, quick bike their street model is a great fit.

Looking to bike cross-country? Harley has you covered with a number of options from their Touring to CVO models, not to mention all the extra bells and whistles they have available.

Proudly made in the USA, Harley Davidson is the quintessential motorcycle. When someone says motorcycle, 9 times out of 10, they’re picturing a Harley.

Yamaha was one of the first of the Japanese motorcycle companies. Founded

Founded by Genichi Kawakami on the motto, “If you are going to make it, make it the very best there is.” They completed their first motorcycle model in 1954.

Production of the first model, the Yamaha YA-1, began in 1955. They started selling the bikes in Japan in 1958. They became an international brand in 1960 and started exporting their motorcycles to the US.

While they have never lost sight of how it all started, they also have diversified their offerings. Yamaha also makes other products like snowmobiles, watercraft, and high powered ATV’s.

Yamaha motorcycles are reasonably priced, especially for the sportier models. Yamaha does also have touring models if you need a comfier ride.

They make the toys for every area of your life.

The brainchild of Soichiro Honda and Takeo Fujisawa, Honda is the largest and one of the most popular motorcycle brands out of Japan.

Not only are they the largest motorcycle manufacturer but they also manufacture the most internal combustion engines in the world.

Honda created their first motorcycle model in 1949, became Honda Motor Co., and quickly grew to the largest motorcycle manufacturer by 1964.

Today, Honda offers a model selection that combines the long-distance appeal of Harley and the sportier models of Yamaha.

A Honda may be the motorcycle you would like when tackling the hairpin turns of Beartooth Highway. They offer a comfortable ride with sporty handling.

Honda, like their automobiles, can be a little pricier than other Japanese based vehicles. Their quality certainly stands up to the price.

While Honda motorcycles are on the pricier end of the sports bike list, the quality is worth the price.

Ducati brands of motorcycles have been on the road for 90 years! The now iconic motorcycle brand was founded in 1926 by Antonio Cavalieri Ducati and his three sons, Adriano, Marcello, and Bruno.

You would never know the company started by performing shortwave radio experiments. It wasn’t until 1935 that the first stone was laid of the Borgo Panigale motorcycle factory in Central Italy.

The Ducati 60, the brand’s first complete recognizable motorcycle, was released in 1949.

Today, Ducati is still based in Italy. Their motorcycles are renowned for beauty and speed.

Ducati motorcycles also come with quite a price tag. Harley’s highest priced model is around $40K where a blinged out Ducati can set you back almost $65K.

Kawasaki Shozo founded Kawasaki Heavy Industries in 1896. It wasn’t until much later, in 1949, when Kawasaki would enter the motorcycle industry. The bikes became popular quickly and they decided to open a USA branch to continue production.

Kawasaki Motor Corp, USA was founded in Chicago in 1966. They started with small two-stroke machines but the public demanded something faster and more fun. They released a pair of quick rotary valve twins, the Avenger and Samurai.

Kawasaki would be known as the brand for high-performance fun from then on.

Now, Kawasaki focuses on beautiful sports bikes. They ride low to the ground and reach remarkable speeds. These are meant to be raced.

These bikes beg to be driven hard and fast.

One of the very first motorcycle companies, BMW released their M2B15 flat-twin engine in 1921. BMW began creating engines and bikes for the war effort and continued building excellent bikes ever since.

The motorcycle division now operates under the name BMW Motorrad.

The German company still produces all of its bikes in Germany. They produce both long-distance riders and sports bikes.

Surprisingly, Michio Suzuki founded Suzuki as a weaving loom producer in 1909. They didn’t begin making vehicles until they decided to diversify in the late 1930’s.

Similar to a few of the other top motorcycle brands, Suzuki started producing motorcycles in the mid-late 1950’s.

This Japanese brand has a rich racing heritage and continues to embrace that today. Suzuki produces some of the fastest bikes on the market.

Suzuki created the first liquid-cooled motorcycle engine way back in the early 1970’s. It was released in their GT750 series in 1971.

Today, they are still pushing the envelope in speed and style. The Suzuki bikes have a unique body style and energy.

Aprilia was a simple bicycle builder founded after the second world war by Cavaliere Alberto Beggio. His son, Ivano Beggio, was the visionary behind their move into the motorcycle space. He took over in 1968 and created the prototype of the Aprilia motorcycle.

Aprilia became Europe’s answer to beat Japan on the motorcycle racing circuit. Bursting onto the scene in 1975, Aprilia would go onto win 294 Grand Prix races. They still hold the record for most wins by a European motorcycle manufacturer.

You will still mainly see Aprilia bikes on the racing circuit. But, they do offer models for anyone with a need for speed. These aren’t the bikes for your day trip, but they will get you where you a going, fast.

The benefit of an Aprilia bike is you can get a good one for a very affordable price. Since these are made for speed they also have to be easily repaired or replaced should they get banged up.

Triumph produced some of the earliest know motorcycles. Still collector’s items today these models date back as far as 1902.

Triumph Engineering produced more than 30,000 motorcycles for the Allied War effort in World War I. Production continued throughout both World Wars and into the Post-War Era.

Triumph got a lot of notoriety after Marlon Brando rode a 1950 Thunderbird 6T in the film, The Wild Ones, in 1953.

Triumph Motorcycles was established by John Bloor in the early 1980’s, after the original company went into receivership, and is still Britain’s largest motorcycle manufacturer.

KTM had humble roots starting as an auto repair shop in Mattighofen, Austria. The company’s founder and engineer, Hans Trunkenpolz, launched his own motorcycle in 1954.

While the original company went bankrupt in 1991 the name and rights were purchased and rebranded in 1992. KTM is still a big name in the racing motorcycle arena.

This brand produces the ultimate in sports bikes. These bikes can practically lay down completely on hairpin turns and keep you racing.

From racing bikes to dirt bikes to off-roaders, KTM offers some of the best speed bikes out there.

KTM offers fun, affordable bikes. They can get dirty and take a beating.

But Which Is the Best for You?

Each of the 10 best motorcycle brands started in a different way and offer a different customer experience.

Ready for speed? Thinking of joining a racing league? Suzuki, KTM, or Aprilia may be the best for you.

Maybe you’re one for a classic bike? Harley Davidson all the way.

None of these brands sound like a match? Maybe you need to consider a flying motorcycle or an electric ride.

Choosing a motorcycle is a very personal experience.

Deciding which bike is best for you depends on how you use it, what your aesthetic is, and your experience as a rider. Once you have this locked down it should make your decision a little easier.

Wondering what you should look for in a motorcycle? Share your tips, tricks, and questions in the comments below.