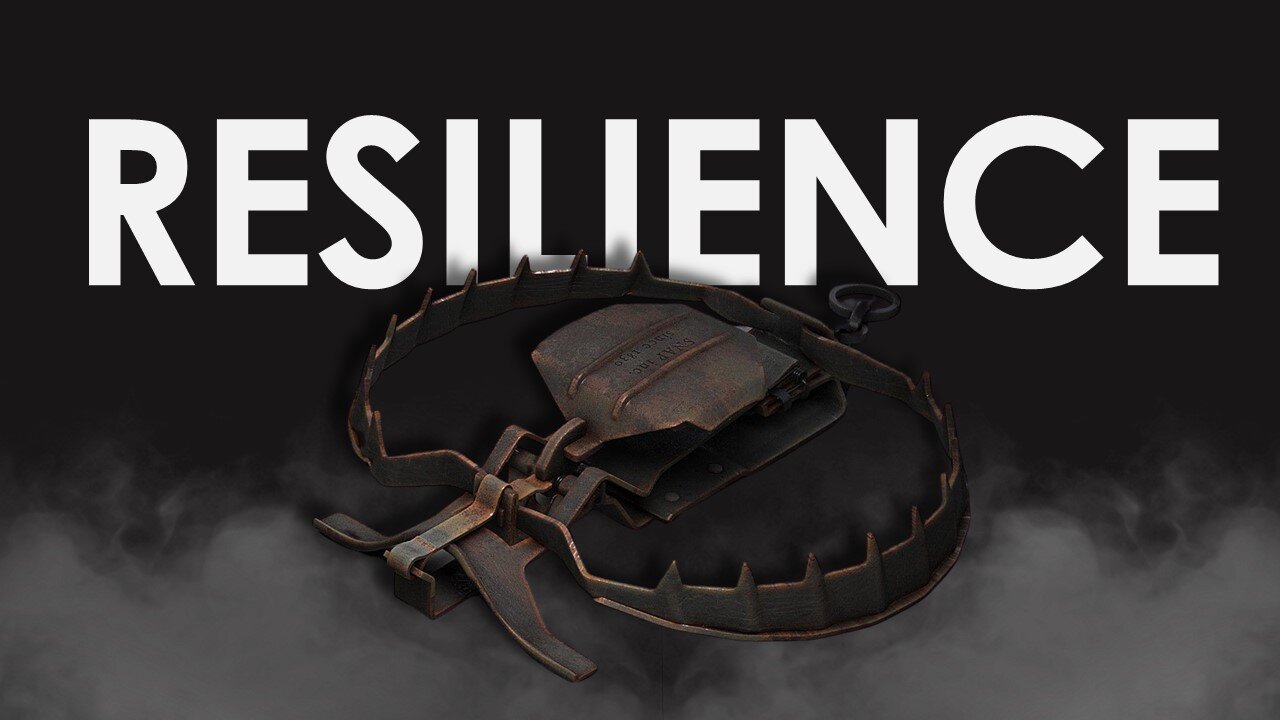 Do you know what’s resilient?

And somehow this seems apt for how many people approach resilience. Almost as a goal in itself. Thinking that resilience will aid them in moving forward, yet they wake up one morning in the future to realize that they are still (hanging) in exactly the same place as before proudly weathering the punches thrown at them.

Resilience is the word of the day.

But perhaps your understanding of it could be holding you back.

Before we explore this, a quick history lesson.

The word resilience dates to the 1600s. It finds its roots in the Latin resiliens and means to rebound or recoil.

However, the idea of resilience – to be able to bounce back from adversity or challenge – entered mainstream psychology in the 1970s.

Since then, many studies have been done to determine which factors create resilience. Not surprisingly, many of the studies that were done involved children to see how what they experienced in childhood would ultimately affect the broader outcomes of their lives.

Of course, it wasn’t long before resilience made its way to the business world.

Today, during a global health crisis, the idea of resilience seems more relevant than ever before.

But is it possible that a dogmatic determination to be more resilient could get in the way of becoming and building something greater?

Turns out, the answer is yes.

A study in the journal – Child Development – uncovered that some people are genetically more resilient to the adversity that arose in their lives.

However, researchers noted that this immunity, this resiliency, was towards good and bad experiences. Meaning that the kids, irrespective of what was happening around them, remained relatively unchanged.

And this brings me to something I invite you to consider.

Are you sacrificing evolution for resilience?

Of course, I know that these are not mutually exclusive.

But it’s likely that you might be optimising for one and neglecting the other.

One of the core tenets of resilience is the idea that we bounce back. That we return to how things once were.

That no matter how much life stretches you, you will always return back to your normal shape. In the same way that a spring that’s stretched will always recoil to the shape it had before.

But you are not a spring.

Perhaps life is not about bouncing back but instead about moving forward as we accumulate bruises and cracks, as we evolve, and morph, and change shape.

The myth of the Phoenix is held up as a shining example of what it means to be resilient.

According to mythology, the Phoenix is a stunning bird that when it reaches old age, goes up in flames and all that remains are the ashes of what once was. But then, the Phoenix rises from the ashes.

From the debris, new life. From decimation, opportunity.

The tale itself is motivational and triumphant in nature. Which is what we really aspire to when we talk about resilience. It’s not actually about bouncing back to what we once were but more about the banishing of evil, the overcoming of obstacles, and emerging as the victor on the other end.

But as Nassim Taleb notes in his book Antifragile, the problem facing the Phoenix is that it always returns to the state it was in before. Never evolving. Never coming back stronger. Doomed to repeat the cycle of flames and birth for eternity.

Caught in the trap of resilience.

Perhaps the biggest lesson to learn from the Phoenix is not that we rise from the ashes and return to what we once were but that we see the challenges in our life as an opportunity to be reborn. To be forged in the fire, molded by it, and to return to the world as something new.

It reminds me of the scene in Batman when Bane says to him,” You merely adopted the dark. I was born in it.”

We were all born into the chaos that’s the world around us.

Along the way, we got sold the idea that life is linear, a series of steps or progressions, that there is some order to how things should happen.

We now know that this is a lie.

Life is non-linear at best.

Resilience then starts feeling like an attempt to take the non-linearity of the world and to drag it back on to the template of linearity and predictability that we have been told to expect.

In fact, it keeps you stuck.

What if instead of this stubborn resilience we embraced the chaos into which we were born?

Out of the madness – create meaning.

Out of the disorder – connect the dots.

Out of disruption – create opportunity.

But hell no, I don’t want to go back to normal.

The phrase “go back to normal” betrays its direction.

It’s more exciting for me to redefine who I am.

To follow life’s inevitable arrhythmia and to bring my best to the heartbeat of every situation.