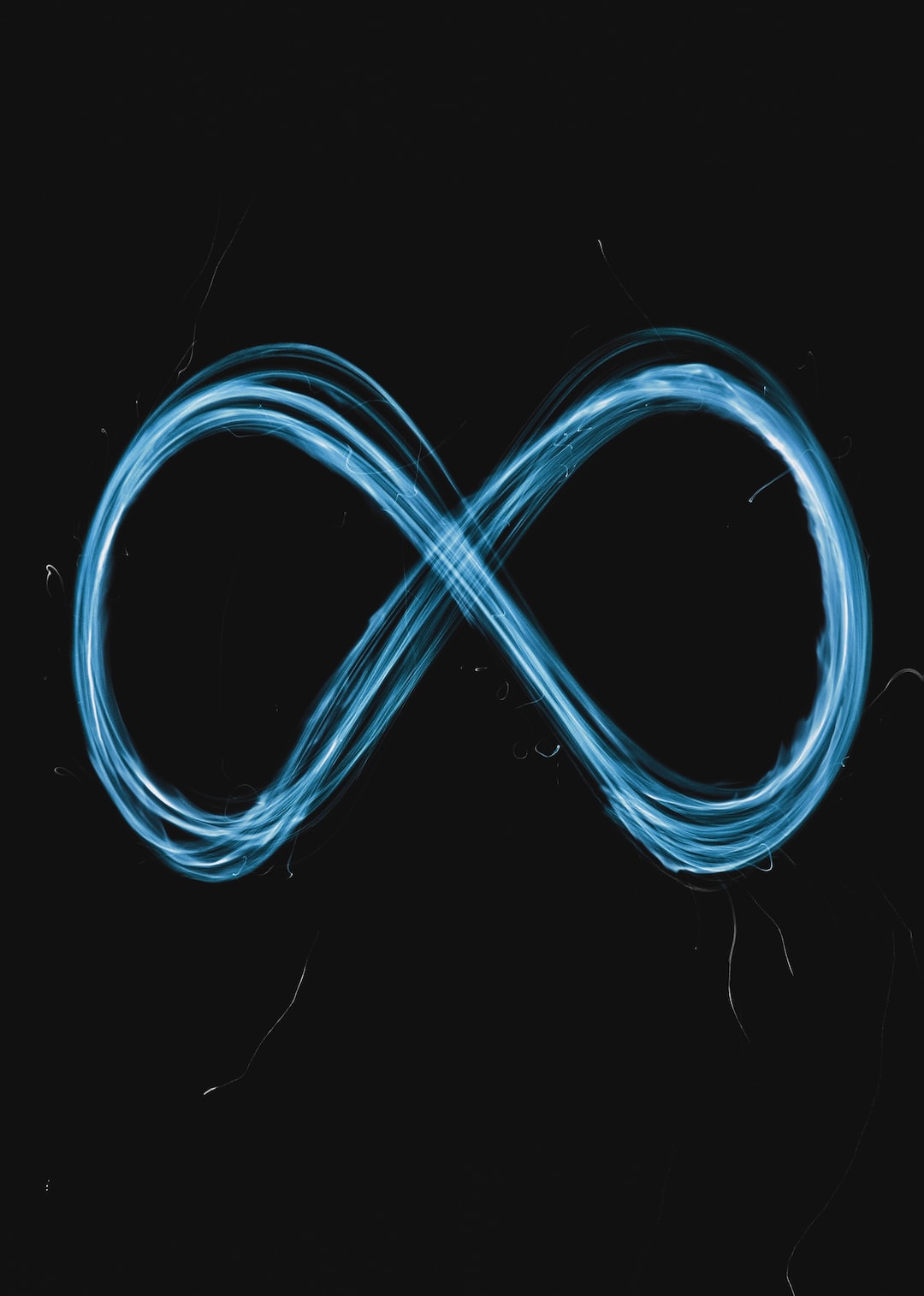 Mark Zuckerberg wants to own the world.

Well, maybe not this world, but definitely the Metaverse.

By now, you may have heard that Facebook has officially changed its name to Meta. The Metaverse is the virtual reality world that Mark and his team want to create that opens up a universe of possibilities for nearly every aspect of our lives.

Yeah, it’s kind of on that level.

Or, at least, that’s what Mark wants.

As it stands now, it’s all mostly theory and possibilities, but some of those theories may completely change the way we interact with each other and the entire world. From how we go to work to how we play, the Metaverse is a world within a world.

Facebook, um… I mean, Meta is poised to spend $10 billion dollars in the next few years to expand the Metaverse in ways we can only imagine at this point in time.

WHAT IS THE METAVERSE NOW AND WHY SHOULD I CARE?

Back in 2014, Facebook bought Oculus for a cool $2 billion. Why? They wanted to not only tap into the money rolling around in the gaming industry, but they were also investing in their own future.

For those who don’t know, the Oculus is a virtual reality (VR) headset where you wear a visor on your eyes and use 2 hand controllers to play different games or accomplish other virtual tasks.

The Oculus line is getting its own rebranding. Sometime next year, the Oculus Quest product line will soon be known as the Meta Quest line.

As it stands now, the Metaverse exists in pieces. It’s not actually a thing yet. Considering that it’s a combination of virtual reality, augmented reality, video, and other technologies combined together where users can interact within a digital universe.

Think of the old game “The Sims” where you can create an avatar to your liking and play out a life simulation game. Or, think of the series of video games, Grand Theft Auto (hopefully without all the crashes and stealing), but instead of playing a character, you are submerged into the environment yourself. Fortnite is another example, but think of it as instead of seeing your character, you are actually playing your own character in the first person. To gamers, this is the next logical step in the iteration of gaming.

These examples are not only small, fragmented examples, but they represent the beginnings of the Metaverse. The challenge is tying all these technologies together into one environment.

You could say that on some level, Zuckerberg wants to create his own world, and the Oculus headset is one way to accomplish that.

In fact, Meta’s investment in this product opens the door to a world of possibilities that can affect the way we do nearly everything.

In some ways, it’s an introvert’s dream come true where you can play games, attend concerts or sporting events, business meetings, shop online (sort of in-person) and interact with others by never leaving your reclining couch.

ONE VISION OF THE FUTURE

Thinking about the Oculus headset as a gateway to a new way of living may bring to mind a string of sci-fi movies such as “Brainstorm” (with Natalie Wood & Christopher Walken- look it up. It’s a good watch.), “Surrogates” (with Bruce Willis) and others.

The premise of these movies is simple- we can live our best lives by using technology and never leaving our house.

In a world where COVID-19 with the latest and future variants have us rethinking every aspect of life down to shaking hands with people we meet to how we’ll conduct business (or even IF we’ll conduct business!), Zuckerberg is taking advantage of this time in history to move his vision forward.

It’s a world where we pick and choose nearly every aspect of what we experience- from our home screen environment to the people and places we visit.

THE PROS AND CONS OF THE METAVERSE

Virtual reality isn’t exactly new. The first VR headset came out of MIT back in 1968, but the technology around computing speed has taken time to advance. Look at the advances in Xbox or Playstation games over time to see how far we’ve come. We’ve gone from pong to the current first-person shooter games that make it feel like we’re playing a movie.

The advantages of the Metaverse are easy to see. In a nutshell, it opens up a world of possibilities for 3-D entertainment that is beyond mind-blowing. There’s watching a movie and then there’s living a movie.

Imagine watching “Saving Private Ryan” from the perspective of one of the Higgins boats landing on the beaches or from the view of one of the concrete bunkers looking down on the Americans running up the beaches. You’re no longer watching a movie as much as living it. It’s both an enticing and terrifying concept.

Think of the travel industry. You may have always wanted to see Ireland. You can imagine that someday, you’ll be able to put on a headset of some sort and simply select different parts of Ireland to go virtually visit.

If you want to visit the Louvre in Paris, all you’d have to do is put on a headset where you’d find yourself in your virtual home space. You might have the equivalent of a “Google Play Store”. You’d select The Louvre, and off you’d go. Once you’re done with that, you can select the World War II museum in New Orleans and spend some time viewing their exhibits.

Of course, I’m only speculating here, but these are some imagined examples that could expand our experiences and make the world a smaller, possibly a more united place

Many of the disadvantages remain to be seen. It’s important to understand that every advancement in history has not only naysayers but some real problems. When books became more popular, older people worried about young people ruining their minds with fantasy and isolating themselves with books. Some even worried that books carried diseases.

Facebook has gotten into hot water recently with accusations of censorship and other issues. People have even accused the social media giant of contributing to the negative self-image of young people, and a larger criticism of social media channels, in general, is that they’ve done more to separate and isolate us than connect us.

It’s easy to see how this same criticism could be said about the Metaverse. There’s a very real possibility that some people could spend more time there than in the real world- much like an addiction.

Some people have even suggested that we put an age limit on social media channels to help young people develop appropriately without it. It might not be a terrible idea to put something like this in place for the Metaverse, but that’s also asking one of the largest tech giants in the world to self-regulate.

Possibly the biggest disadvantage stems from the Tristan Harris (a former Google employee) quote that “If you’re not paying for the product, you ARE the product.”

The issue with the Metaverse is the near-total elimination of privacy and the overwhelming amount of information collected from each individual that can be used to not only market to them but significantly influence them as well. To say that the tools exist here to indoctrinate someone fully into Meta’s beliefs is a giant understatement.

But, let’s be clear, this disadvantage already exists with certain social media channels. The Metaverse would simply create the possibility to influence people at warped speed.

That age limit idea may not be a bad idea after all.

HOW THE METAVERSE WILL IMPACT BUSINESS

At this point, how exactly the Metaverse will change business remains to be seen, but we can have fun speculating.

While Zoom currently seems to own the market with virtual meeting technology, holding business meetings in the Metaverse could make that seem archaic. We could actually create our own meeting spaces and hold an entire meeting with avatars.

Obviously, this would eliminate the need for masks or elbow bumps.

Instead of websites, we can imagine web spaces where we entertain potential customers via avatars. All our chat features would occur through virtual digital marketing consultants or our own avatars where we’d walk people through what they need to do to get more business.

Online shopping could revert back to the model of shopping at malls again- only virtually. You could visit Kohls, Neiman Marcus, or Wal-mart and go up and down the aisles without ever leaving your couch.

THE METAVERSE IS ONLY ONE WORLD

It may go without saying that if Facebook is successful at building their Metaverse, it’s entirely possible that other tech companies could build their own. Google or Amazon could decide to invest in something like this and there’s nothing stopping them all from being interconnected.

While in the Metaverse, it’s likely that you’ll be able to surf the internet virtually, so it’s theoretically possible that the Metaverse could connect with other equivalent virtual worlds.

The possibilities here are endless and as limited as our imagination.

It’s both exciting and a little frightening to consider.

But, one thing that is important to consider is how will your business adapt to this new technology?