The Gaming Industry Is Booming 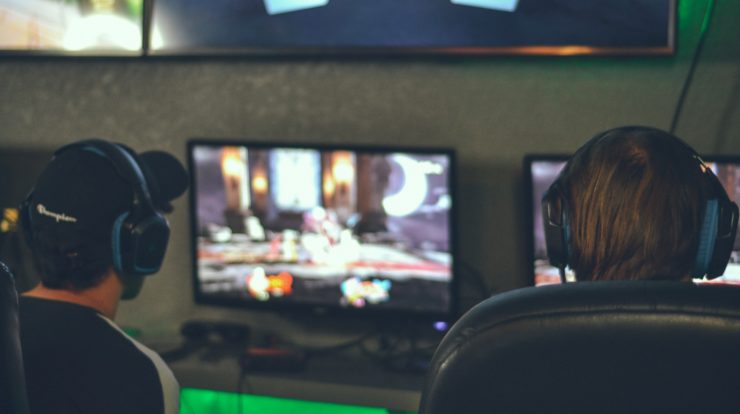 The gaming industry is booming, and it will continue to bring in more revenue for several countries throughout the next few years. In fact, the United States just overcame China as the world’s number one consumer of online games, and it’s generating billions of dollars for the gaming industry. However, one form of gaming has lost its popularity in recent years.

In this post, we’re going to talk about the decline in one particular type of game’s popularity, and we’ll see how it stacks up against the newer and more popular forms of gaming.

What Are HTML5 Games?

We’ve mentioned that one particular type of game is declining in popularity. We were talking about HTML5 games. If you grew up in the early 2000’s, you know exactly what these browser-based games are. You don’t have to download them, and they’re available to anyone who owns a computer with an internet connection. In essence, they’re perfect for people who don’t own powerful computers or gaming consoles.

Here are a few examples of browser games that impacted the gaming industry over the last two decades.

How Do They Stack Up With Other Online Games?

There are several factors that have caused this decline in popularity.

Now, let’s go over how the other types of games are doing.

Surprisingly, mobile games are currently generating most of the gaming industry’s revenue. Only 33-percent of games are developed for mobile platforms, but they are usually filled with different features that constantly generate more revenue for game developers, and people often spend much more than the price of a AAA console game on a single mobile game to enjoy those features. 36-percent of the gaming industry’s revenue comes from mobile games.

The massive growth of the mobile gaming industry is expected to decrease slightly within the next few years, though. There is a new wave of consoles on the horizon, and the hype surrounding those new consoles will temporarily drag some people away from mobile games for a short time. However, it is expected to remain the industry’s biggest cash cow.

This is largely due to the popularity of console games. Exclusive titles, ease of use, and several other factors that have made console games grow in popularity since the 90’s.

Browser-based games are typically only found on PC and Mac computers, but this section isn’t dedicated to those. This section is dedicated to the other games that you can find on PC. These titles are usually as expensive as console games, and many of them are ports of console games. You can also find indie games that are cheap or free, and there are tons of games that are only developed for PC and Mac computers. Overall, PC games make up 60-percent of the gaming market.

That’s because they’re very easy to develop. Just about anyone can buy some Unity assets, throw together a basic game, and then market it for free on PC. Development costs are minimal, and since there are several free development tools on the market, developers don’t have to have a lot of coding and animating experience to create PC games. HTML5 games are a big upcoming market, especially now that the Flash browser plugin it in it´s end of life.

When it comes to AAA titles, game developers get the same benefits out of PC development. It’s easier to create functional networks on PC, and it’s typically easier to make the games themselves due to how powerful and intuitive modern computers are. Surprisingly, that hasn’t made PC games more financially fruitful than mobile games. While PC games make up 60-percent of the market, they only generate roughly 25-percent of the revenue that the gaming industry generates.

VR games are pretty new to the gaming industry. As such, they don’t make up a large portion of the industry, and they haven’t generated much of the revenue that other games have. With that being said, they are rising in popularity, and only time will tell if they will become a major part of the gaming industry as a whole.

At the moment, VR games are more popular than browser-based games, but they still only make up 17-percent of the market. A lot of the games are available through Steam, and only a fraction of a percentage of Steam users actually own a VR headset. That is expected to change over the next decade.

So, where does this leave browser-based games? Well, their declining popularity and low amount of revenue isn’t a good thing, but it’s not all bad news. Several browser-based titles are popular around the globe, and developers are still developing high-quality games such as Runescape and Quake Live. The browser-based gaming market may be dwindling, but it will continue to stick around for quite some time, and developers who offer unique and engaging experiences will easily find a reliable audience.