The end of Flash 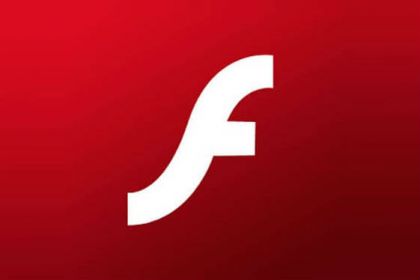 Out in a Flash

Flash is on its way out of traditional and mobile web browsing, as well as native gaming. Adobe is pulling traditional support of the platform past 2020, though Adobe Animate, Adobe AIR, and OpenFL will continue to be developed for various uses. Both Firefox and Google Chrome are phasing out support of the once powerful plugin, effectively dooming web development for the legacy Adobe technology, though both web browsers have deliberately been disabling the plugin by default over the past 12 months. This development is only the latest setback for the platform, the first of which came about in 2010.

In 1995, the San Diego-based FutureWave Software released FutureSplash, an animation program originally coded for both Windows 95 and Mac OS 7. Initially, the program was designed for vector drawing, with the addition of animation tools to complete with Macromedia’s Shockwave products. One year later, Macromedia bought the program from FutureWave. This program was re-branded as Macromedia Flash, and featured both an animation program as well as a media player. The media player was available as a free download for web browsers, one of the first well-known web browser plugins, leading to its early immense popularity.

Over the next three years, Macromedia added MovieClips, alpha transparency and Actions to the program, and shifted away from selling it as an animation tool (though it remained popular for that as well in the creative community). Instead, its focus as a web application tool made the program and plugin into an almost (if not outright) required web technology, specifically for video and gaming purposes.

Soon after, ActionScript 1.0 became available to developers with the 5th release version of the program for even more coding flexibility, which went through two more major language overhauls over the next ten years, first with the MX 2004 version, and then with the Adobe CS4 version. In 2005, Adobe acquired Macromedia, and rebranded all of its products under the Adobe name. From 2011-13, 3D rendering for mobile platforms was added as a feature, and Adobe’s AIR SDK was upgraded to work with the now-standard 64-bit architecture on most modern computing devices.

The video player component was especially popular; it was a required component at the launch of YouTube in 2005 (though it switched to video via modern web standards by 2015).

In 2010, Apple discontinued support for the platform due to a number of issues. Steve Jobs himself wrote a piece detailing both his thoughts in general and his reasoning for denying access to iOS. Jobs cited the non-open source nature of the platform for web services, reliability, performance issues, and battery life concerns. Jobs was convinced that the future of web browsing and content creation was going to be through HTML5, and that prescient view has held true to this day.

Both Firefox and Chrome disabled the plugin for security issues. Microsoft announced that it’s Edge browser will soon follow suit for the same reasons, and Adobe itself announced back in 2017 an “End of Life” for the once ubiquitous Player product in 2020, declaring it’s open-source HTML competitor to be a “viable” successor to it’s own older technology. That HTML5 is a success also contributes to why the gaming industry is booming. Adobe has re-branded the content creation app portion of the platform as Adobe Animate, and is designed to allow authoring of content with current web standards.

Why Flash was Abandoned

The platform is rife with vulnerabilities. Most take the form of executable code, followed by denial of service attacks, overflow and memory corruption. For many users, adware and unwanted data collection also became an issue. This is exacerbated by unreliable download sources for the plugin, as well as vulnerabilities from executing files from outside sources. Operating systems have long been keeping up with security patches to help stem the tide of security breaches (as well as Adobe itself), but the safest solution to these concerns is still to keep the platform off of one’s devices.

Proprietary Software Concerns from Both Companies and Developers

While the platform was made available for consuming information more or less for free by Adobe, Adobe still owned the platform and could do anything it wished to in the future with it. Until 2008, Adobe placed restrictions on developing players or other software that could read their proprietary format. Adobe continued putting significant resources into the platform even after Apple’s iOS ban, allowing for more flexibility on the content creation side of the platform. While Adobe would most likely never charge for use of the platform itself, programming standards and specs were determined solely by one source (Adobe), as a opposed to a collective of corporations or technology experts, such as the World Wide Web Consortium (W3C).

It should also be noted that ActionScript went through three complete iterations, with a bit of a learning curve between each new version; while options in ActionScript 3 were greatly expanded from Action Script 2, there were a number of both basic and complex scripting tags that differed greatly. In fact, it was not uncommon for companies to request new employees and contractors specifically be versed in one version (and not necessarily the latest and greatest version).

Additionally, a number of other Adobe technologies were often needed to aid in coding such as Adobe’e Builder, Scout, CrossBridge, Stage 3D, Away3D, Flare3D, AIR SDK or Gaming SDK, Scaleform GFx and PhoneGap (now known as Apache Cordova). These were used depending on the operating systems/platforms that the game was intended to be played on; often, several versions of the same game would be recoded as needed.

Another issue with the product was heavy resource use. This was due to the fact that the platform did not use GPUs to render video, instead relying on the main CPU. Adobe attested to circumvent this issue in later releases, but it also required users to regularly update their plugins, an instance that one cannot assume an end user is going to regularly do. Also, the aforementioned issues with compromised and/or fraudulent software update links did not necessarily help performance issues for many users. It is also possible that performance issues exacerbated other issues on different hardware, especially premium machines built to fit a form factor that had not necessarily planned for the power and heat sometimes required for the Adobe plugin to perform larger tasks.

When Steve Jobs penned his opinion piece on the platform, he noted that it was responsible for most crashes on Mac computers. Jobs would know that very well, as, during that timeframe (2008-10), iMacs were in the process of switching from black molded plastic system backs to full aluminum system backs to create a natural heatsink, correcting an issue with heat trapping that could possibly damage internal components from the hard drive to the motherboard itself; with that in mind, heavy plugin resource use alone may have helped trigger a number of crashes with that design error. Windows has had similar issues over the years, and while software updates and patches have been made readily available, they have not stemmed the tide of system failure.

Hypertext Markup Language Version 5, or HTML5 for short, began it’s initial planning stages in 2004 and was officially released in 2014, a major leap in web development from HTML4/XHTML. When used in tandem with CSS3 and JavaScript, animations, videos, and games can be played natively within a web browser. Click here for an example. Additionally, it’s not a platform so much as it is the new standard markup language for the web; this means that nothing additional needs to be installed into a web browser when consuming content. It also has the added benefit of being backwards-compatible with older browsers, within reason (some CSS and JavaScript programming may not be so helpful in these instances).

The difference in performance between the older platform and HTML5 is remarkable; less power is needed to operate, it uses less resources in general, and is an open-source technology.

Game development has been a growing industry across every field, but has grown significantly in using current HTML web standards, as opposed to Adobe’s soon-to-be-defunct web platform. One of the many positive features that new HTML has is cross-browser compatibility, which, in most cases, leads to cross-platform compatibility. From a development point of view, this is beneficial for budgeting both development time and money, as it requires little to no coding for compatibility purposes.

With this cross-compatibility comes an additional benefit: the lack of a need to conform to specific app store approval for basic coding purposes, leading to faster launches of new products. For purely web-based games, more or less any device can be used to play, be it a desktop, laptop, tablet, or phone. HTML tends to be much more forgiving with touch interface that Adobe’s older platform ever was, and that by itself has helped propel its success, due to the wide number of touch-based devices in use all over the world.

Additionally, developers with a background in JavaScript and general web development have less of a learning curve than those attempting to use a propriety platform from a company like Adobe, due to similarities in the new HTML standard in comparison to older web development standards.

The most current HTML standards can provide both 2D and 3D gaming and offline storage for assets. Cache manifesting also allows for games to be played offline. Another positive feature for game developers in the ability to monetize games through in-game advertising, either inside the game itself or in between action. Monetization can also take the form of sharing links, and due to the cross-browser compatibility built into HTML, such links can be created once and re-used as needed.

For users, updates to web app games are, for the most part, automatic, and do not require manual updating, nor should any user be on an older version.

In 2019, the HTML-based gaming platform is home to a number of different type of games. Online casinos have flourished and classic games (many originally created in deprecated Macromedia or Adobe codebases) have been revived by a number of developers.

The current HTML standard looks to be around for a good long while. While there has been some talk about HTML6 (or, as W3C lists it, as HTML.next) amongst web developers, the standard document type for all webpages in the current standard is simply “html,” as the initial ideal behind the new standard was to stop re-branding the language in favor of adding onto a simpler code base over the years. Content capabilities continue to be added and refined, with no signs of a dramatic replacement on the digital horizon.

The most promising aspect of the new HTML standard is that it is heavily promoted and relied upon by both Apple and Google, the makers of four of the most used operating systems in the world (iOS, macOS, Chrome and Android, respectively). Even Microsoft’s Edge browser is now Chromium-based, and is also building towards a purely HTML-based future. The push started nine years ago in a battle of wits between two powerful corporations. Apple clearly won the battle, and the push has only gotten stronger.