THE DIFFERENT TYPES OF SPIDERS FOUND IN HOMES 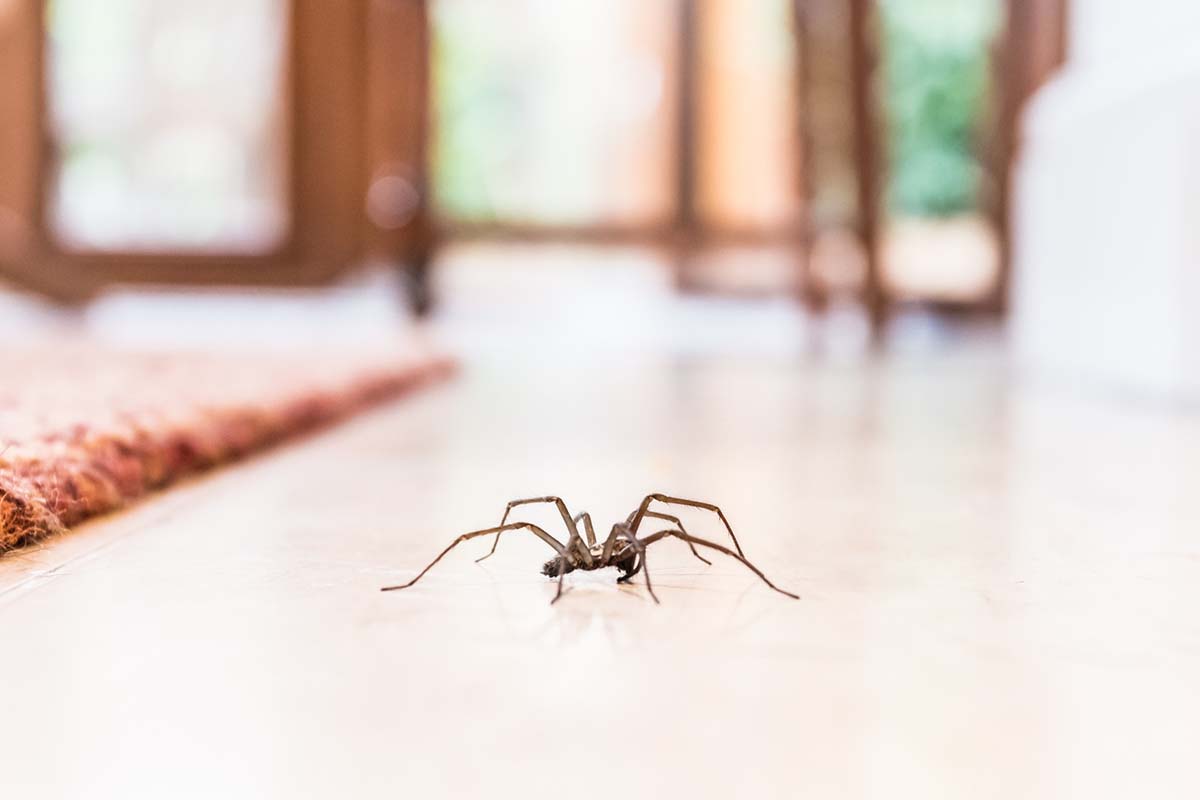 Did you know that there are more than 45,000 known species of spiders in the world? Fortunately, not all spiders are typically found indoors.

However, there are certain types of spiders that like making your home their home as well.

While a lot of spiders commonly found in homes aren’t poisonous, they can still make a mess, be unsightly, and frightening to encounter.

What’s more, there are also a few venomous spiders species that aren’t afraid to take up residence in your home. These can pose a serious danger to you and your family.

If you’re encountering any eight-legged roommates in your home, it’s essential that you try and figure out what type of species they are so you can take measures to protect yourself.

Here at Fast Action Pest Control, we know a lot about the spiders that commonly occur in homes in California. Keep reading to find out what these are and whether or not they are dangerous.

First up we have the American house spider. They are found all over the US and are the most commonly encountered spider.

The American house spider is a comb-footed spider with long, thin legs. They are generally light brown in color and have a dull beigey-white belly with spots.

As their name suggests, American house spiders are typically found in and around homes and structures. They love spinning their webs in closets, crawl spaces, attics, garages, basements, under furniture, in high corners, etc.

Although they can be a nuisance, American house spiders are non-toxic to humans. They have bad vision, aren’t generally aggressive, and are likely to run away rather than bite you.

If trapped or squashed, an American house spider might resort to biting in self-defense. The bites can be painful but non-lethal.

The long-bodied cellar spider, more commonly known as the daddy longlegs, is another spider species often found in homes. They like building their loose (rather messy) webs in dark, damp areas.

In nature, long-bodied cellar spiders often occur under rocks and loose bark. Their bodies are small and can be either light brown, beige, or grey in color. Their most defining feature is their long, spindly legs.

Like the American house spider, cellar spiders aren’t toxic or dangerous to humans.

There is also another species of spider that looks very similar to the cellar spider. So much so that it’s often also referred to as “daddy longlegs.” This is the harvestmen spider.

Harvestmen spiders don’t spin webs—but are usually found in the same areas as cellar spiders. Although they do have venom sacs, their poison is almost completely non-toxic to humans.

If there is any species that calls for instant spider removal, it is the black window.

Although the black widow is actually a cousin of the harmless American house spider, it is anything but safe to have in your home.

The black widow spider is the most venomous spider in North America, and its venom is 15 x more toxic than that of a prairie rattlesnake. They can occur throughout the continent, however, they generally inhabit warmer areas such as the Southwest.

Black widow females are shiny black in color and have a red, yellow, or orange hourglass shape or spots on their underside. They also have comb feet and range in size from 0.12-0.4 inches.

Males are roughly half the size of females and are all black without any markings. The male’s venom is also less potent.

Black widow spiders like to build their webs close to the ground and on the underside of low structures and objects, such as railings, garden furniture, etc. Inside the home, they are usually found in garages, crawlspaces, and basements.

However, even if you see just one black widow, you should call in an exterminator service that specializes in getting rid of spiders.

Wolf spiders are hairy arachnids that can grow up to 1.38 inches in size. They are usually either gray, black, or brown, and can look very much like other hairy types of spiders, such as tarantulas and brown recluse spiders.

Thanks to their hardcore appearance, spotting a wolf spider indoors is enough to lead many people to instantly start googling “how to get rid of spiders.”

Wolf spiders look scary, but they are actually relatively harmless and completely unaggressive.

In most cases, wolf spiders won’t attack or bite you. Although they do have some venom, it is non-lethal.

If you suffer a bite from a wolf spider, it might cause itchiness and pain, however, this will subside quickly.

Wolf spiders do not spin webs, which is one of the most common signs of spiders in the home. The only way to know if you have one in your house is by spotting it.

As you can see, most of the types of spiders found in homes aren’t poisonous. However, the yellow sac spider is not one of these benevolent species and definitely warrants spider removal.

Yellow sac spiders are quite small and have pale yellow/beige-colored bodies. The tips of their legs are brown, and the top of the abdomen often has a dark mark in the shape of a V.

Although the yellow sac spider is not as venomous as the black widow, the bites can still cause unpleasant symptoms. These include:

Sac spiders occur all over North America, both in the wild and in homes and buildings. They feed on other spiders, garden pests, and insect eggs—so keeping your home free from other pests like bed bugs is a great preventative measure for preventing a sac spider infestation. They also eat the eggs of other spiders, so removing spiders like the American house spider can be a deterrent.

Bizarrely, sac spiders are also attracted to the smell of gasoline. This strange phenomenon led to a recall of 65,000 Mazda6 vehicles because yellow sac spiders were building nests in the fuel systems.

Do You Have Any of These Types of Spiders in Your Home?

As you can see, a lot of the common types of spiders that occur in homes aren’t dangerous. However, they can still be a pest.

Besides creating dirt, they can also be unbearable to have around if you have arachnophobia.

Have you been struggling with spiders in your home? Getting rid of spiders isn’t an easy task. It can also be dangerous if you’re dealing with venomous species like the black widow and yellow sac spider.

If you’re starting to see eight-legged occupants in your home, don’t let it develop into a spider infestation. Instead, contact us and schedule a free inspection in 20 seconds.