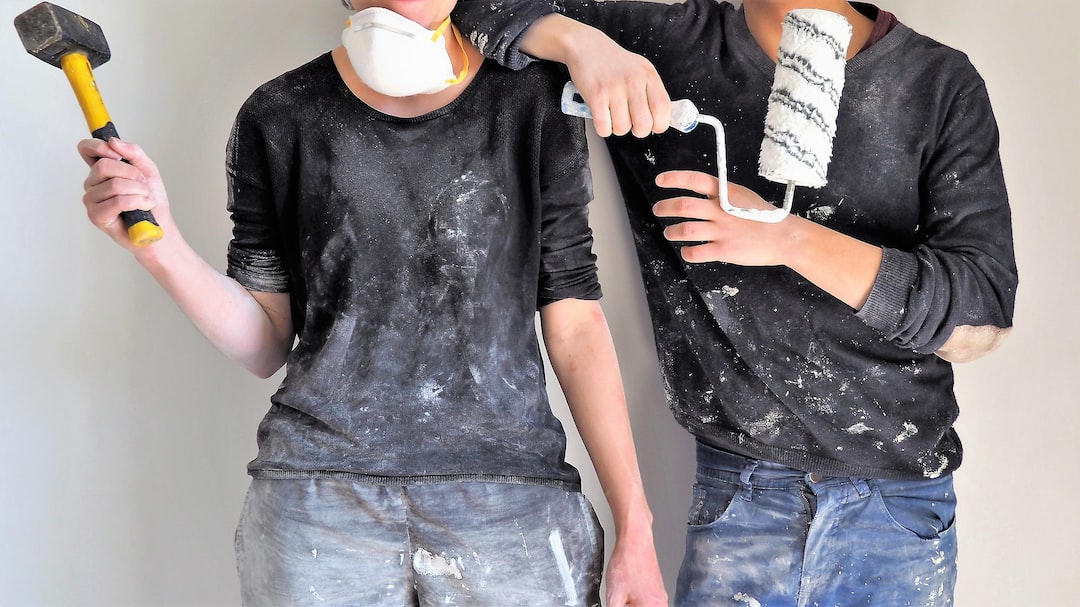 Did you know that stud finders first appeared in the 1970s? Before that, you had to rely on building your own house and knowing where the studs were located, or hope you had a really good ear.

Today we have multiple sizes and styles of stud finders at a variety of price points. If you need a stud finder for your DIY project, then read on to learn about how they work and how to use them.

What Does a Stud Finder Do?

A stud finder uses an electronic sensor or magnet to find the stud (supporting structure) behind a wall. Since a stud is part of the wall support, there is a stud, then empty space, then another stud. Specifically, a stud finder’s sensors are looking for both the changes in the wall density and nails to locate a stud. How Does a Stud Finder Work?

Some companies are testing the use of radar technology in stud finders. The goal of this technology would be too see all of the pipes, wires, flashing and studs behind a wall. As with most of our newer technology, this includes phone-based apps to help you visualize your projects. To begin, start by gathering all the tools you need for this project. This includes:

Don’t forget to include the object or item you are hanging or mounting.

While this may seem straight forward, there are some things to consider. After identifying the location, determine how the item hangs. Are the mountings at the top, middle, or bottom of the object. This will determine where you will need to mark the point to hang the object.

Pictures are easy and straight forward to hang but don’t let this step trick you with TVs or floating shelves. Now is the time to read the mounting instructions or look them up online to ensure that you are mounting your object correctly.

Next, where along the wall should it be mounted to ensure visibility? This is especially important if you are mounting a TV. There is nothing worse than mounting something and then having to move it AND repair the first holes you created.

Finally, clear your workspace. Often we think of mounting or hanging things as a simple task, however, you do need a clear workspace. This also helps to prevent accidental breaks in other items in the area and injuries to yourself.

This falls in line with getting all your materials together. Weak batteries in a stud finder can produce false readings. You also want to make sure your stud finder’s electrodes are clear of any dust or debris. This helps to ensure an accurate reading.

If you are concerned about scratches, consider grabbing a thin piece of felt to keep between the wall and the stud finder.

Finally, turn on your stud finder. Some models require calibration if they do refer to your users manual for complete instructions. Most manufacturers, like Franklin Sensors, keep their manuals online for easy locating.

Most codes require studs to be 16 inches apart, however you may find them up to 24 inches apart in older homes. Focus your search between a 2-foot area of the wall, think one foot on either side of where you expect the stud to be.

Turn on your stud finder and begin to search. The toughest part is finding the first stud, from there you should be able to easily find the others by measuring distance and verifying with your stud finder.

Work from right to left and move the stud finder along the wall. Ideally, you can find the stud pretty easy at your ideal level. If you struggle, move a foot up and a foot down the wall and repeat.

Since the stud finder is looking for nails, the closer it is to a nail the easier it is to identify the stud. You can use a level to mark the point to drill later. (Draw a line up the wall, with the level, level vertically).

Your mark will trace the line of the stud. Now, verify your new mark with your stud finder.

You stud finder will alert you when you find the spot, this could be a beep, blinking light or both. Mark it with a small X. This is when the type of marking utensil comes in handy. Pencils can be easily erased on most surfaces. If you are hanging a large item, the marks will not show.

Repeat this process several times to ensure you find the same spot each time. If you do not, replace the batteries and try again. You may also want to move vertically up and down from your initial mark to ensure you are on the stud.

After you have identified the stud, you will want to move the stud finder slowly to the left and right. This will help you identify the edges of the stud. (Not every nail is dead center and wall studs can bow slightly in older homes).

Wall studs are typically made from 2 X 4’s, this will help you to find the edges. Be sure to mark the edges of the wall stud, so you can hang your project dead center.

A dead center hanging may not matter if it is a light picture frame, but if you are mounting a flat-screen TV, you should measure and mark twice.

Make sure you are using the right bolts or screws in your hanging project. It doesn’t matter if you have found the stud if you use a weak mounting attachment it can still pull away from the wall.

It is best to locate multiple, horizontal, points along the line that you want to hang your project. This provides you some wiggle room on hanging placement.

Before you hang, you should find the studs on a wider piece of wall.

As previously mentioned wall studs are typically 16-24 inches apart. If you are verifying the stud that exists to the left and right of your project and they don’t seem to match this pattern, you may have identified another piece of metal in the wall.

Walls may have metal flashing, brackets, or piping on the inside of the wall. Verify before you drill so you don’t create a more expensive project. Mounting on Drywall or Plaster?

Most stud finders are designed to be used on drywall. So what do you do if you live in an older home with plaster walls?

Sometimes a magnetic stud finder will work in this situation. You can also verify your findings with the simple knock on the wall method. A soft nose hammer can help with this job.

With plaster, don’t forget the 16-24 inch rule. Once you have found one stud, measure to the left or right 16-24 inches and use the stud finder to narrow your search.

In the case of plaster, multiple methods may be needed to find the stud accurately.

How to Maintain a Stud Finder

If your stud finder has batteries, consider taking them out for storage. This is especially true if you do not use the tool regularly. Battery removal will prevent batteries from corroding and damaging your stud finder.

You should also clean your stud finder per the manufacturer’s instruction to keep the sensors in good working order.

So Do You Really Need a Stud Finder?

The answer is no. You could go about it the old fashion way and just knock on the wall and listen for when you hear hollow sounds (no stud there) and then continue until you find the stud. While this method has been around for a long period of time, it is not the easiest or fastest way to locate a stud.

You benefit greatly in both time and money by using a stud finder. Not only does it take less time to find the stud, you increase the likelihood of actually finding the stud.

Failing to drill or nail into a stud cleanly can cause problems. Heavy objects can pull out from the wall and break as they hit the ground. They can also leave behind large holes in the wall that have to be repaired.

This relatively inexpensive tool can improve the quality and reduce the time needed for most home improvement projects.

DIY Home Projects that Benefit from Using a Stud Finder

You can do more than hang picture frames with a stud finder. Some of the hottest trends in home decor can benefit from having a stud finder handly.

Floating Shelves are not only beautiful ways to decorate your home, they also add storage space to smaller places like bathrooms and offices. Because you have no visible hardware, you need to make sure you only drill holes once to prevent time-consuming wall repair.

Laminate flooring is inexpensive and durable. It is also easy to install on floors. If you are looking to add an updated look, consider hanging laminate flooring on your wall or ceiling. The look creates a stunning accent wall, backsplash in the bathroom, or headboard in the ceiling.

When you install laminate flooring on the floor it floats and there is no reason to attach it to the floor, that is not true when you wall or ceiling mount it. You must attach the laminate tot he wall or ceiling studs to make sure it stays in place.

There are also other projects that need to be hung from ceilings. Everything from children’s mobiles, to windchimes, are mounted on the ceiling. A stud finder can help you find the right place to drill to ensure that your project stays in place.

Outdoor projects can also benefit from a stud finder. Hanging outdoor lighting, hanging trellises, and other modern outdoor designs are easier if you have your stud finder handy.

With the proper tools, all most any DIY project is doable. Professional contractors know this upfront. If you are looking to hang projects in your home, invest in a high-quality stud finder.

It will not only make hanging items easier, but this tool is also lightweight and easily portable to your next home.