Taya Kyle on Fighting with Faith and Humor 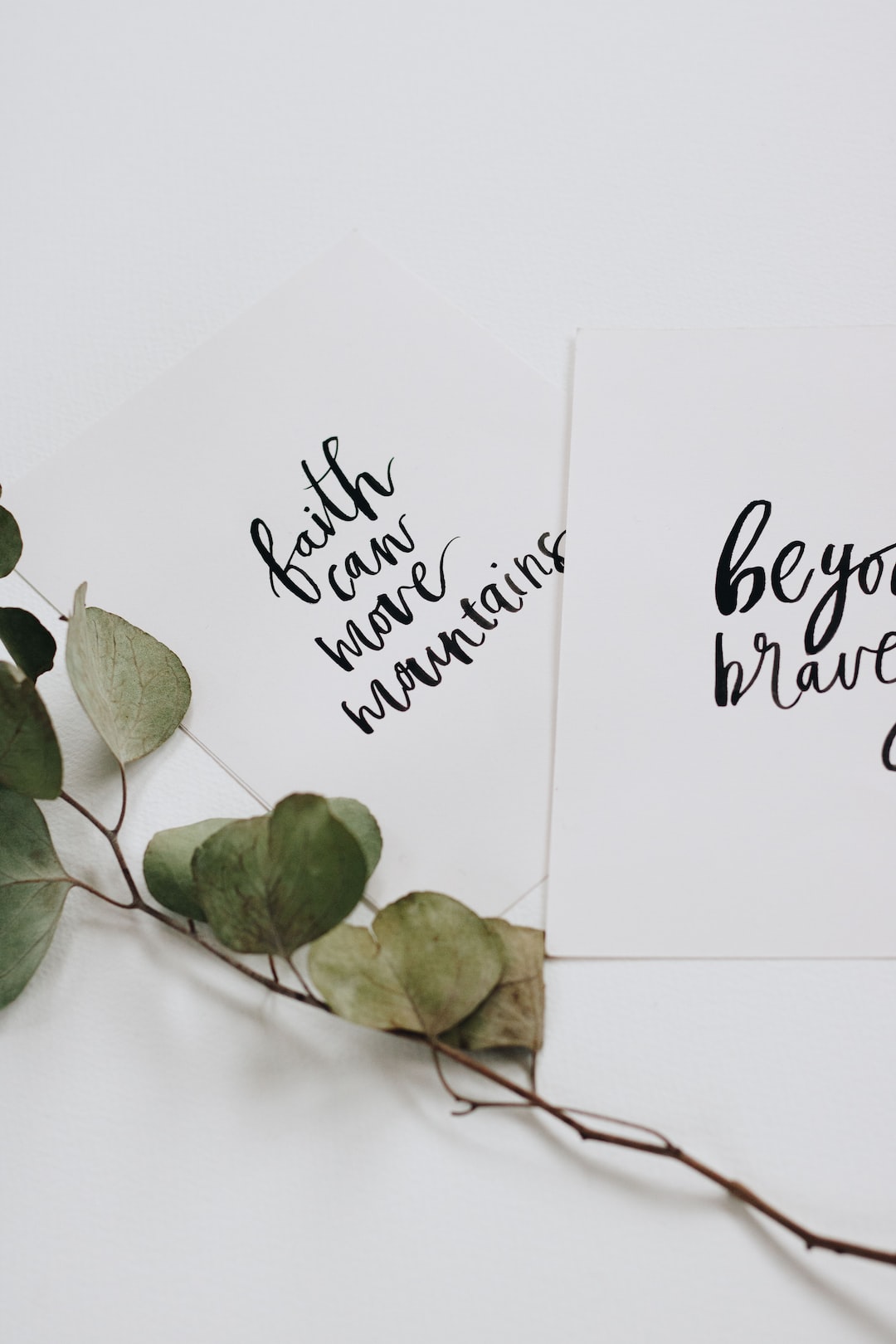 The hectic schedule of kids’ activities, work, and family life was a welcome one to manage now that her husband was home and they’d pushed through layers of debris that had piled up throughout his years of military service.

Everything would be better now, she thought. The worst was behind them. Life was good. They’d made it through things that would break most couples, and come out on top. Their marriage was stronger than ever, their kids had their dad back, and the future was theirs – until the gates of Hell opened up and sent Evil straight to them.

Taya Kyle never saw it coming. She’d been prepared for the worst on other days, but that day was supposed to be a good one. It had been perfectly normal right up until the moment she realized her husband and his best friend, Chad Littlefield, had been murdered.

In the six years since tragedy found her, Taya Kyle has experienced the worst and the best of humanity. The worst has brought its top guns into the battle to destroy her but she’s got faith as her ammo, and it’s always been the stronger weapon.

To the world, he was Chris Kyle, the American Sniper.

He was the invincible Navy SEAL who’d been put in the spotlight for his record-setting number of confirmed kills and the book that told his story. To Taya, he was her husband – the man who’d managed to swoon her uswoonable heart with his drop-dead looks long before he’d captivated the world with his drop-dead aim.

They’d made it through years of deployments, packed with danger for him and struggle for her. They’d both faltered at times, weary from trying to hold their family together when life seemed to be stretching it apart. But, as Taya has said before, they never both gave up at the same time.

When one was tired, the other was there to defend their love. Even when both were weary, that flicker inside of them refused to be dimmed, and now, finally, it was burning strong again.

She’d raised their two young children for years, essentially on her own. He’d had to compartmentalize his anguish over leaving his family each time he walked out the door. Both knew it was his calling. But that call can only be answered so many times. No matter how big and strong a person is, no matter how heroic his actions, and no matter how strong a love, the body, and soul can only weather so many storms before they are irreparably altered. Chris’s body was battered and bruised. It was time to allow it to heal. His soul had sustained its own share of injuries and it too needed to heal, along with their marriage.

Taya Kyle is blunt and seemingly fearless in her openness about their struggles and the reality behind the scenes. She is unflinchingly honest about the man behind the myth and fiercely protective of his name. She has been publicly and privately maligned. She has been sued, and threatened, and betrayed.

It all nearly broke her. Instead, though, those fires forged an iron will and an indomitable faith. She may bleed when she is cut, but she will not surrender, and she will no longer allow the negative energy to infiltrate her faith.

Life is too short, too precious, and even too funny to allow any more joy to be missed. She’s turned her pain into purposeand that purpose is powerful.

She’s best known for her intensely inspiring talks, her moving books, and the work she does through the Chris Kyle Frog Foundation. You may also have seen her as a regular contributor on Fox News or in any of the numerous interviews she’s given.

She poured herself into each book; American Wife tells shared stories of Chris’s service, her life with Chris, and then without him. American Gun was Chris’s baby and she finished it for him. American Spirit is what she calls her love letter to the country, shining a spotlight on the resilient and inspiring spirit of people across the nation.

The foundation in Chris’s name is another labor of love.

Taya Kyle draws upon her own experience and that of professionals to identify and address the strains of marriages within the law enforcement, military, and first responder communities. “Keeping that safe place safe,” she says, has a ripple effect of decreasing addiction and lowering the suicide rate.

The spotlight attracts two types of humanity; the worst and the best.

Chris worked with acclaimed author Jim DeFelice to write American Sniper. There are those who sneered at him for this, as they dispute the validity of his story and claim he actually misrepresented his record. The irony of that is that Chris was not excited about any book being written about him, says Taya. But the story was bigger than him and, rather than have it told by anyone else, he did his best to manage it by being involved in the telling.

Some of his biggest protesters, she says, got even louder after he died. What’s more unsettling is that these are people he trusted. People who publicly align themselves with his name, riding the recognition, while skulking in the shadows to dismantle his legacy as well as attack the woman he loved.

It’s a mystery to her, this question of why people are so compelled to invest time and energy on the “vitriol” they send her way.

“That would just put my eye on that instead of the good things…. God knows my truth… eventually people will see it,” she tells herself.

Faith is an overriding element in Taya Kyle’s life.

She cannot have any meaningful conversation without looping God in and talking about the power of prayer and faith. Chris shared her faith, and that’s part of the bond they have that survives death. Faith is what allowed her to surrender her anxiety, stress, and guilt. She swears by the power of prayer and when she shares personal stories to back that belief up it’s hard not to feel like she is channeling that Higher Power she talks about.

She’s got a lesser-known project in the works. It’s about – you guessed it- faith. More specifically it’s about the faithfulness she saw in her children as they waged their own war against grief. Prayers for Grateful Bears is the first in the series and equips parents to talk about tough topics with tender toddler hearts.

It’s a project Taya Kyle is passionate about.

Self-imposed publication deadlines have come and gone, frustrating the part of her that is constantly in overdrive, holding herself up to high expectations. But she reminds herself that things happen in God’s time, not hers, and trusts that the time will present itself.

All of that is not to say she is some kind of saint or picture of perfection. Far from it, she will tell you. As easily as she can rattle off scripture or stories of meeting a president, hanging with Clint Eastwood, or hearing directly from someone she has had a profound impact on, Taya will also tell you about epic fails and everyday mishaps. Compliment her and she will somehow accept it graciously while spinning it back around to you.

She suffers from a schedule affliction, often running behind and scrambling to catch up. Too much on her mind can leave her vulnerable to forgetfulness, as evidenced when she found herself searching the lawn for her earbuds moments before our interview. She’s also got a wicked sense of humor and loves letting it loose.

Laughter was part of her life with Chris and it’s something that survived his loss. She and Chris laughed at anything. Even the darkest of things held some dark humor, which helped them work through the stress attached. But people don’t often know what to do with the widow cracking jokes about being a widow, or whatever else pops into her line of sight. Instead, she’s almost been typecast as one part of herself, without allowing the other to shine.

She laughs as she remembers asking to be on Jimmy Fallon as part of her book tour for American Wife, and how uncomfortable it made those she asked. She just wanted a break, to play a stupid game and do something other than talk about the heavy stuff. She got a resounding “No” to that request, which she jokes about now.

Kidding aside though, she wants people to know that “I don’t cry all the time.” Humor is almost as important as faith because whatever has happened to you, she says if you can’t find a way to laugh about it, you’re not going to make it through.

As Taya Kyle continues touring for her book, American Spirit, she swings the spotlight on people she respects and admires.

The people in her book, she says, reflect precisely the American spirit that this country needs to be told more about, rather than the constant barrage of negativity and hopelessness most often focused on. It seems appropriate, though, for her own American spirit to be mentioned as well. If wise-cracking, patriotic, inspiring widows had a crown, she should wear it – even if it is slightly askew.