Sustaining A Long-Term Project: A Conversation with Jeff Rich 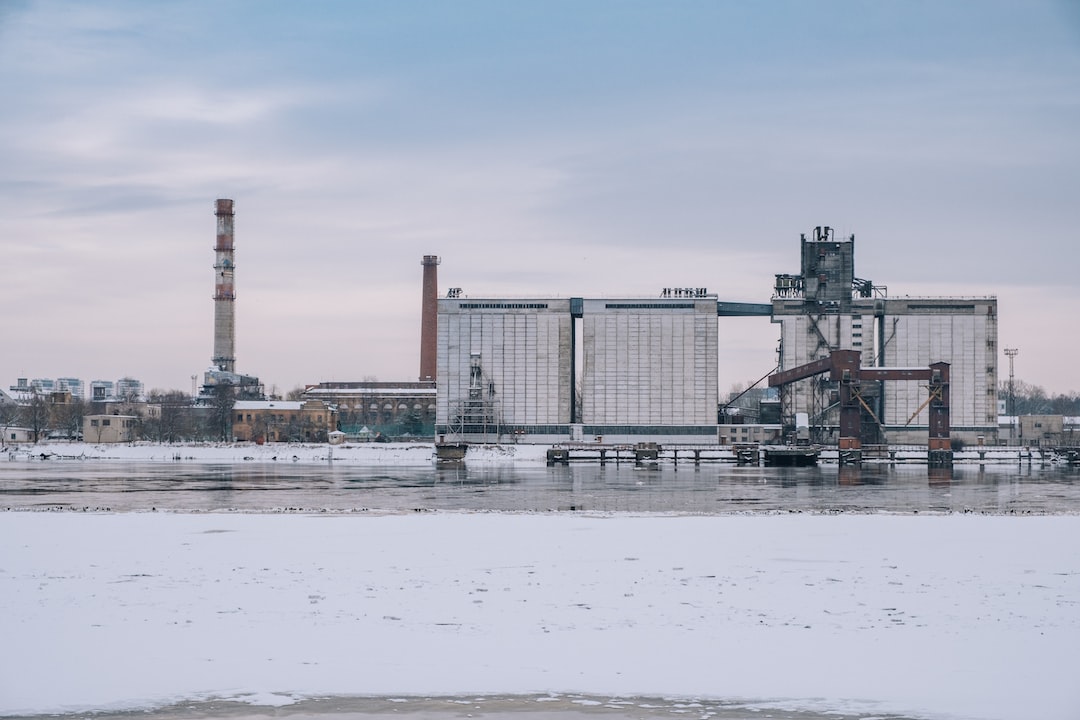 When I was asked to interview Jeff Rich about his long-term project Watershed for this post, I quickly realized the I had nothing to add to the conversation. Jeff had been interviewed and his work reviewed by some of the top online photography publications to rave reviews. He won the prestigious Photolucida Critical Mass competition in 2011 who published his first book, Watershed: The French Broad River. His second book, Watershed: The Tennessee River was published by Fall Line Press in October 2017. The deeper I searched for a new angle on the images from Watershed, the more my attention came back to Jeff Rich. I was curious about how an artist sustains a project of almost fifteen years without flinching. Many photographers flit from one subject to the next in less than a year (myself included). I needed to learn more about how Jeff maintained his passion for Watershed for more than a decade in spite of holding down a demanding job in academia and having children. Does Jeff Rich have more grit than most of us, or is it something else?

PG: When you began the Watershed project in 2005, did you have any idea about the longevity of the project? What was your original intention – a book, exhibit, etc? Did you imagine that you would still be working on Watershed more than a decade later?

JR: As you can imagine, it’s a long story! The short answer to the question about longevity is no…and then yes.

The project started while I was living in Asheville, North Carolina. I wanted to document a local environmental story, with the hopes of getting it published in a national magazine. I chose a spot on the Swannanoa River that was being modified by a local non-profit called Riverlink. Through streambed modification, they wanted to slow down the river and lessen downstream erosion.

I also began to document the flood damage from two tropical storms in 2004, which had caused historic flooding in the region.  I began working with Hartwell Carson, The French Broad Riverkeeper, who educated me on the basics of watersheds and watershed management. The deeper I got into the project, the more I wanted to learn and document. The idea of the project as a book and exhibition came about concurrently while I was in graduate school. From the feedback I was receiving on the work, it seemed like the best way to present the complex issues surrounding the idea of sustainability within a watershed. At the time, I never thought the project would last beyond a couple years. However, as I told the story of these rivers, I realized that at the completion of any given portion of the project, there was always an additional aspect of our relationship to rivers that needed to be told. I think sometime in 2011, as I was documenting flooding on the Mississippi River, I realized that the project was growing, and would last quite a long time.

PG: Did you encounter any moments of self-doubt or ever have to redirect your original intention of the project? What were the moments in the projects that boosted your momentum and moments that felt discouraging?

JR: Absolutely, my intentions are constantly evolving with this project, because as I learn more, my perspective on these issues shifts. In 2009 when I began working on the Tennessee River portion of the project, I found the relationship between The Tennessee Valley Authority, the river, as well as the residents to be extremely complex. I had a difficult time imagining how I would document this relationship in a somewhat objective and concise manner. Going out and documenting the landscape and people who lived there wasn’t enough, the stories I was finding led in too many different directions. I found that I had to do much more research to begin to understand the issues in the Tennessee River Watershed. The research definitely helped me discover subjects that are often hidden or overlooked by many in the region. It also directed me to specific places, and narrowed down my subject matter significantly, which helped me focus. A real momentum booster for this project was winning the book prize through Photolucida’s Critical Mass in 2011, it really helped me see the wider potential for the project and motivated me to keep working. Along with this came a working relationship with Jennifer Schwartz Gallery and a national exhibition tour for the project. Since 2011, I have visited many institutions and given lectures about the work, which has sustained the project financially as well as intellectually though my interactions with the talented folks who work at and run them.

PG: Can you talk about how you’ve sustained the project – mentally, physically, financially?

JR: In some ways that’s a difficult question, because this project is so much a part of my life. Working in academia has really helped sustain the project in all of the above ways. All of the departments where I’ve worked (Savannah College of Art and Design, The University of Iowa, and Coastal Carolina University) have supplied much of the equipment used the produce the work. My colleagues at these institutions also provide valuable feedback and support. I’m also able to work on the project throughout the semester as I teach.

It should be mentioned that having two kids has definitely changed the way I work, One of the ways I’ve found to sustain the project throughout the year, is to focus on research and planning for a majority of the year and go on only a few documentation trips. Back in 2006-2008 I used to go on at least one trip a month. Over the past six or seven years, I’ve focused my efforts on really planning out each trip and getting the most out of one or two weeks of shooting per year. This way of working helped me create boundaries between family life and the project.

Financial support has always been a matter of finding the money where I can. In the beginning it was a bit easier because The French Broad Watershed wasn’t very far away from where I was living, and Photolucida covered the costs of publishing the book. With the Tennessee work, I applied for research funds and grants from the University of Iowa, which was very supportive. The Tennessee book was then published through the generosity of my friends and supporters contributing to the Kickstarter campaign, as well as the expertise of the folks at Fall Line Press. 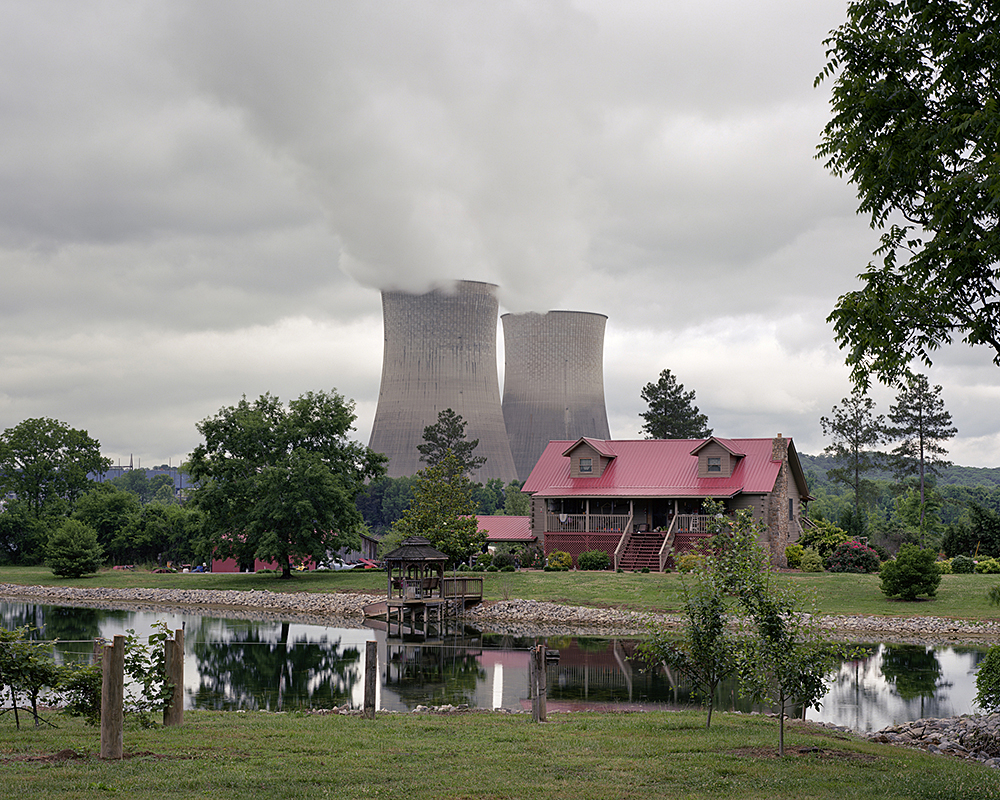 PG: Can you talk about the part that research has played in your work – has it helped shape your vision behind the camera?

JR: Yes, the vision of this work relies heavily on research. In the early days of this project, while I was living in Asheville, I would simply drive around the rivers in the area and photograph interesting places and people. The work, although meaningful to myself, was not looking at the persistent issues of pollution and misuse of the rivers in the region. This required research and working with local non-profits to pinpoint problem areas. As I mentioned above, research really helped me delve deeper into the mostly hidden aspects of these watersheds. This research method has continued throughout the project. 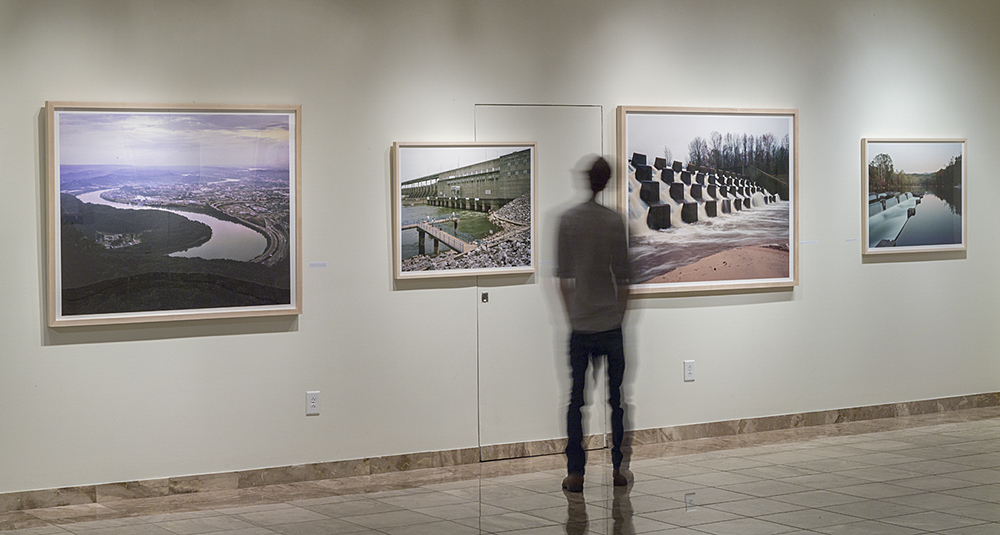 PG: How do you know or will you know when the project is finished?

JR: Another difficult question, and probably the one that I get asked the most often. The biggest challenge I’m facing right now is how to document the Mississippi Watershed, which covers nearly 40% of the continental United States. If I can figure out how to do that, I’ll have a much better idea of the length of the project. One of the things I always say is…The French Broad River took me 6 years to complete, and the Tennessee 8 years….so let’s say an even 10 years for the Mississippi!

But seriously, the project tends to evolve as I learn more about the watershed and rivers I’m documenting. So much of the time spent on this project is research, which then changes the direction of the project, and makes me reconsider my strategy. Many images that were part of the project in the beginning have to be edited out for the new direction the work is taking.

PG: Can you share with other photographers the challenges in pursuing long-term projects and how you’ve overcome them? Would you do it again?

JR: One of the biggest challenges in this project is sustaining my interest in the work. It has been a challenge to give it 100% of my energy. Especially considering I’ve lived in four different cities over the past 14 years and added two more human beings to the mix. One of the things I’ve realized is that it’s ok to “put it down” for a while and come back to it with a fresh perspective. This has helped reinvigorate the project and its goals.

Another thing that has helped, is that I continually put the work out into the world, through exhibitions, lectures and an online presence. It also helps that folks are still interested in the project, and still want to see the exhibitions and hear me talk about it after all these years! Another thing that motivates me with the work is seeking financial support. I’ve written a lot of grant proposals over the years, with many being unsuccessful. However, the process of sitting down and writing a grant (and getting feedback from friends and colleagues) is a really great way to get familiar with your project’s goals, explore your intentions, as well as gauge it’s broader appeal.

I would definitely work on a long-term project again. In fact, I’ve got some ideas in the works for the future, and they are mostly beyond the boundaries of the United States.