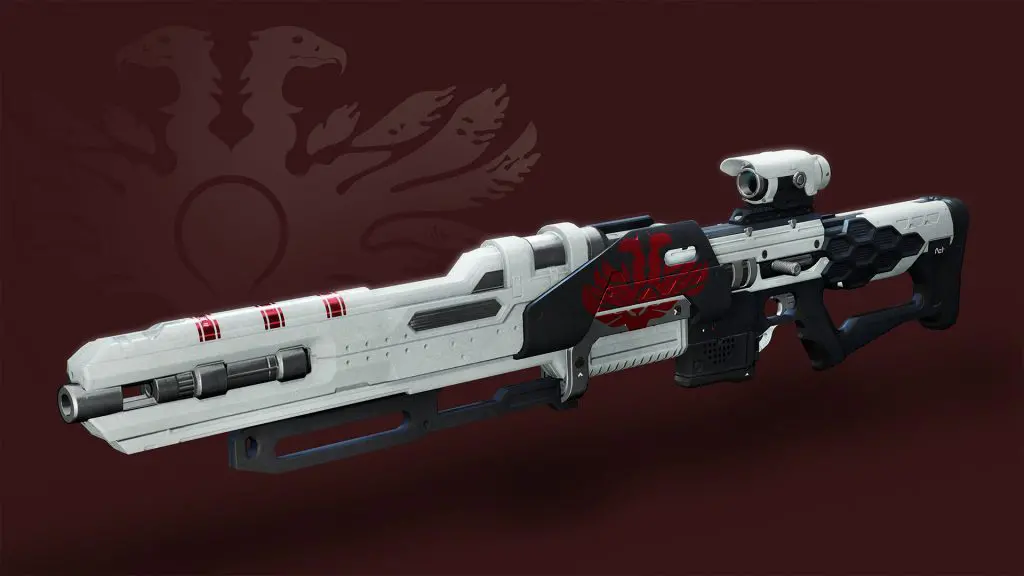 Revoker pinnacle sniper rifle in Destiny 2’s Season of Opulence. Bungie has revealed a little bit of info on the three pinnacle weapons coming to Destiny 2 in the Season of Opulence. The new season starts on June 4. It launches for the first time 6 hours after the new DLC is open for play a new raid call the Crown of Sorrows and right away a new 6-player activity called the Menagerie. Bungie promises high level weapons from the new activity.

Acquiring Revoker will not require reaching Fabled rank in Competitive. Players will need to earn 3500 total Glory points You do not lose progress when losing a match.

REVERSAL OF FORTUNE MISSING A SHOT RETURNS BULLET TO THE MAGAZINE AFTER A SHORT DURATION.

Until the new season launches we can only admire the Revoker, which looks like a new type of sniper rifle. According to bungie.net the Revoker perk called Reversal of Fortune: Missing a shot returns the bullet to the magazine after a short duration. It is a Kinetic weapon and has a custom low zoom Ambush SLH25 scope and Snapshot for those close quarters battles , which could be very nice in Crucible.

Revoker was built with the mindset that you should always go for it, but keep in mind that Reversal of Fortune can only return a single bullet at a time.

Check out our Destiny 2’s Season of Opulence power leveling guide, so you can get a quick start when the power cap lifts to 750. In the meantime check out the latest Season of Opulence update, with the first footage of the new season’s Menagerie mode.