Planning for the Worst: How Much Will Commercial Property Values Drop in the Next Real Estate Crash? 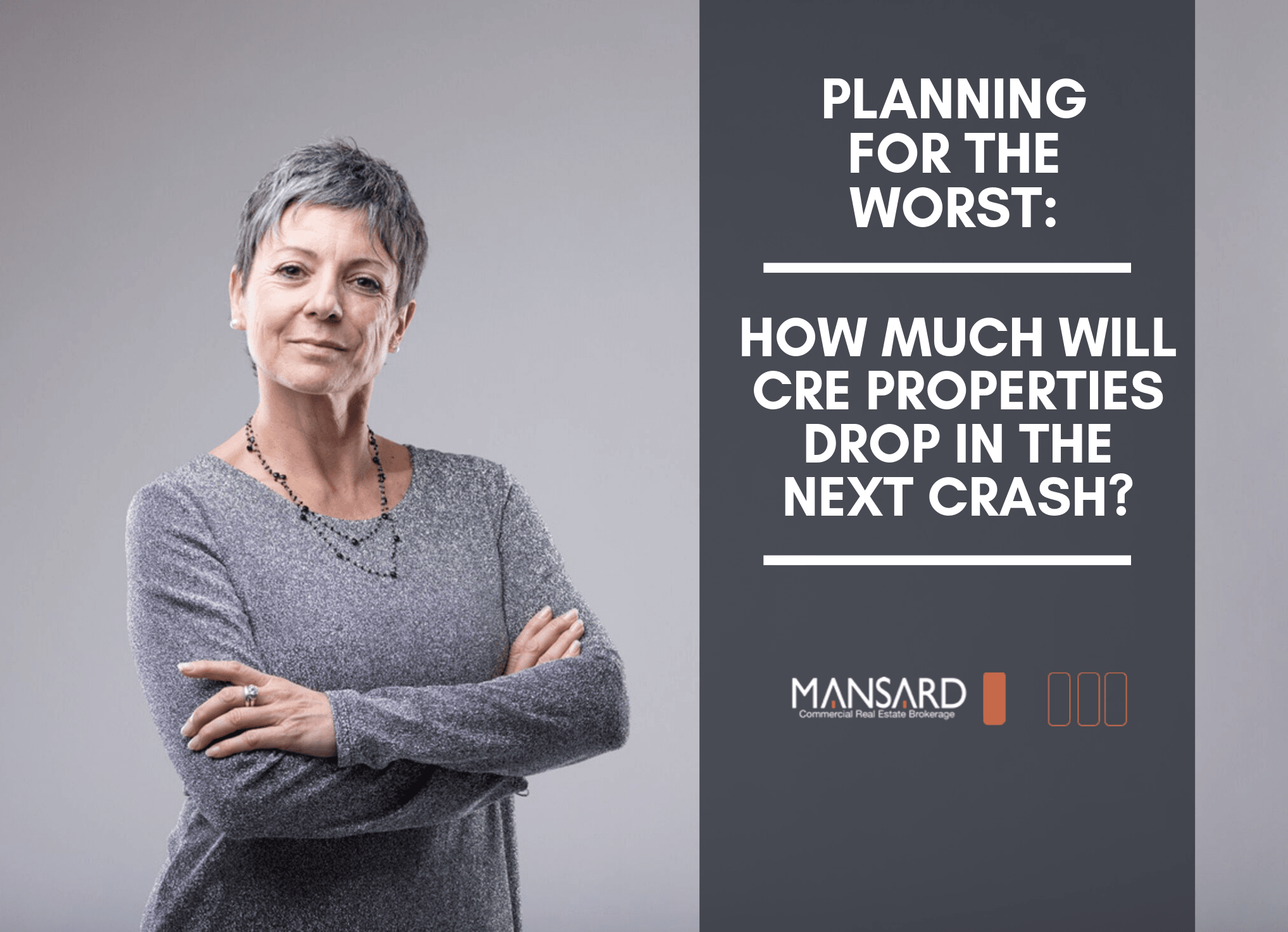 Commercial real estate prices rose another 7% at the end of the fiscal year in 2018. They are now at a rate nearly a third higher than the prices before the 2008 bubble burst.

Numbers like these make the possibility of a real estate crash in 2020 not just likely but probable.

Here we look at historical real estate crashes, facts and figures about the current state of the market, and look into why it is a good idea to consider selling off your commercial investments now to avoid the downturn.

The real estate market is a living and breathing entity. The prices raise and lower in much the same way the stock market does. It started when the US started selling off land in 1800.

Since the first crash of 1837, there seems to be a surge of sales and a correction about every 18 years.

The two most notable crashes in recent history are the crash of the Great Depression in 1929 and the real estate bubble of 2008. The 1929 crash was devastating as we all know but let’s focus on the crash of 2008 and the factors leading up to it.

The Bursting Bubble of 2008

Hindsight is always 20/20. Looking back on the crash there were a lot of red flags pointing to the burst. In 2003, real estate prices started soaring all over the country.

Prices got so high that the Federal Reserve started raising interest rates in 2004 to cool down the market. The rate would be raised six times between 2004 and 2006. The effect of this wasn’t what they intended.

The rising interest rates crippled real estate owners that had conventional mortgages with payments affected by the federal interest rate. This caused many investors to turn towards sub-prime and interest-only loan types setting the stage for the bubble to burst.

Facts and Figures About What’s Coming in 2020

Analysts are pointing to the current unheard of price levels as an indication of another real estate bubble on the verge of bursting. A major influencing factor of this viewpoint is the lowering of interest rates by the Fed in July of this year.

This indicates they have learned from the mistakes of the past and are trying to avoid another disaster in 2020.

The US real estate market is seeing commercial property prices higher than ever before in history. So, it does seem like the market is due for a correction.

Also, with the rise of online shopping the brick and mortar retail spaces are being left vacant more and more. Owning a strip mall used to be a goldmine. Now, it’s hard to maintain a tenant if they can’t compete with the likes of Amazon and Walmart.

Can You Afford Not Selling off Now?

All the historical factors are present for a major real estate crash to happen sooner rather than later.

With commercial prices at all-time highs though, this is the best time to sell your property for a hearty profit. Even if you just bought 2 years ago this would make for a profit of over 7%.

Not sure how to handle your selloff? Want a professional opinion?

Request a consultation now so we can make you the money you deserve on your commercial property.