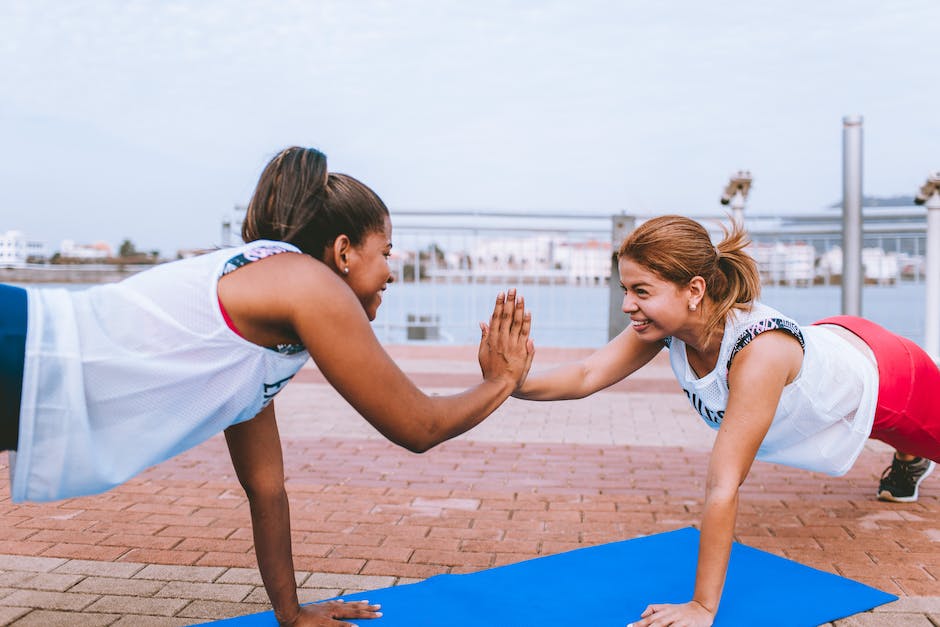 Belonging to the racetam-class of compounds, the fantastic phenylpiracetam benefits are well known. This nootropic boosts vitality, alertness, clarity, and other cognitive functions of the brain. It also reduces symptoms of anxiety and depression, in addition to increasing cold tolerance and physical and mental fatigue.

It does its job so well that there is now a ban against athletes taking this before competing in professional sports and the Olympics. This ban is under the authority of the World Anti-Doping Agency.

Interestingly, Phenylpiracetam came about in 1983 when Russian scientists added a phenyl group to Piracetam, which is also a well-known, and effective, racetam nootropic. Additionally, phenylpiracetam is currently in use by Russian cosmonauts on the International Space Station. However, it’s also been quite popular among Russian athletes. (In Russia, phenylpiracetam was available by prescription, under the brand name Carphedon, until 2017.)

It’s popularity among athletes made the news in 2006 when Russian Olympic athlete Olga Pyleleva lost her silver metal after taking Carphedon before a competition. One year later, Russian cyclist Anton Reshetnikov received a two-year suspension from the International Cycling Union for the same reason.

People who report phenylpiracetam benefits state that it not only enhances their physical stamina, but also their learning capabilities. In addition, it brings about greater alertness, and reduces brain fog. Here are three highlights about phenylpiracetam that briefly explain its effectiveness:

Unlike some other prescription anti-anxiety and anti-depressant drugs, phenylpiracetam has no sedative effects, nor any of the adverse side-effects that are common with these drugs.

Phenylpiracetam works by increasing the density of acetylcholine (Ach), dopamine receptors, GABA, and NMDA. The result is that there are more receptors, which in turn means more binding sites for the neurotransmitters. These neurotransmitters are important because they affect cognitive abilities, forming and retaining memories, along with the effects on mood and sleep.

Because phenylpiracetam lowers the constriction of blood vessels, it allows free flowing blood, which makes it easier for oxygen and nutrients to get to the brain cells quickly. The result of this free flow is greater cognitive abilities, and a boost in feelings of wellbeing.

You will also see phenylpiracetam under the brand names Phenotropil, Fenotropil, Carphedon, and Fonturacetam. Incidentally, phenylpiracetam is not approved by the FDA for prescription use, but can be purchased as an unregulated over the counter supplement online, and from stores that carry nootropics.

Phenylpiracetam (RS)-2-(2-oxo-4-phenylpyrrolidin-1-yl) acetamide is piracetam, bound with the addition of a phenyl group. This compound was produced in an effort to boost the mental, and physical performance of cosmonauts, while in space. To their credit, it is still in use by Russian cosmonauts on the International Space Station.

This highly-effective supplement helps with physical and mental fatigue, while it enhances focus, memory, and mood. Additionally, it also increases tolerance to the cold, while boosting physical stamina.

Amazingly, clinical studies show that phenylpiracetam positively affects Alpha and Beta brain waves. The exact reasons why are still a mystery to scientists, but regardless, phenylpiracetam has an anti-convulsive effect on the brain.

Epilepsy causations include sudden surges of electrical activity in the brain. Disrupted by the sudden surges from the resulting temporary lapse in messaging, the disturbance causes the brain cells to seize. As a result, the anti-convulsive effects of phenylpiracetam benefits make this an effective treatment for some patients with epilepsy.

Reasons to Use Phenylpiracetam

There are several ways phenylpiracetam boosts cognitive abilities in the brain. However, there are two primary reasons people seek out this excellent nootropic supplement.

Use as a Stimulant

This increase explains the stimulant-like effect. What’s more, it doesn’t come with what most people expect as stimulant-like side effects, such as those found with Ritalin or Adderall. Conversely, with the use of this supplement, there is no irritability, decrease in appetite, or fatigue – all of which are normally associated with the effects of other types of stimulants.

Use as an Anti-Depressant and Anti-Anxiety Supplement

Similarly, for the same reasons it works well as a stimulant (which is the ability to increase receptor sites), phenylpiracetam also decreases symptoms of anxiety and depression. In other words, phenylpiracetam literally floods your brain with what you need to relax, and feel balanced.

Other Phenylpiracetam Benefits and Uses

Glaucoma is caused by ganglia cell apoptosis and optical nephropathy. In a recent trial, tests were conducted to see if the use of a neuroprotective agent, such as phenylpiracetam, would delay or prevent ganglia cell death. As a result of the tests, at a 6-month follow up, 80% of patients showed a decrease in impairment.

In one study, patients who had acute cerebral strokes received treatments of phenylpiracetam, with the results showing improvements in daily living activities.

In tests with epilepsy patients, phenylpiracetam has shown to decrease the number, and frequency of seizures.

Tip o’ the Hat to Nootoo.com

The Aging Experience and Phenylpiracetam

Additionally, the level of neurotransmitters declines, along with lower density of acetylcholine, dopamine, GABA, and NMDA. The cerebral blood flow in our brains also slows down, which results in a decrease in overall stamina.

Unfortunately, the signs of aging often manifest in our lives when we have trouble remembering appointments, and difficulty in making good decisions. In addition, we may also start showing a lower capacity for learning new things.

How Does Phenylpiracetam Work?

The bioavailability of phenylpiracetam allows it to enter the bloodstream, and brain, fast and effectively. In fact, many claim that phenylpiracetam is the best nootropic ever. Here is a brief explanation of each of these organic chemical neuroreceptors, and why they are important in our daily lives.

This is an organic chemical found in many types of animals, and of course, in humans. It functions as a neurotransmitter that in effect, sends messages to other cells, such as muscles, glands, and neurons.

Dopamine is another organic chemical and belongs the catecholamine and phenethylamine categories. It is not only an important hormone, but also a neurotransmitter that sends signals to other neurons.

Additionally, the human brain contains many dopamine pathways, the most significant of which is its role in reward-motivated behavior. Other dopamine pathways affect motor control and the release of other hormones. Together these pathways and cell groups are part of the neuromodulatory system.

GABA stands for gamma-Aminobutyric acid and is the chief neurotransmitter in our central nervous system. The role of GABA is to reduce neuronal excitability. In other words, it helps stop our impulsiveness in stressful situations. Therefore, a higher level of this neurotransmitter helps with overstimulation, and keeps us calm under pressure.

When the NMDA receptor activates, glutamate and glycine bind to it. This allows positive ions to flow into the cell membrane. Its purpose is to control memory functions, and synaptic plasticity.

So, when you take phenylpiracetam, and these neurotransmitters kick into action, you may expect learning and processing information to become easier and faster. Additionally, you may expect a decrease in depressive symptoms while confidence rises, along with productivity.

Phenylpiracetam is also a popular work out supplement that increases endurance and stamina. In addition, it lessens both physical and mental fatigue.

You will find phenylpiracetam sold in pill, capsule, and powder form. They are most often sold in 100mg dosages.

The recommended daily dosage of phenylpiracetam is 100mg twice per day, one in the morning, and one in the early afternoon.

Overall, it is non-toxic and safe when taken according to the recommended daily intake guidelines for phenylpiracetam dosage of 100mg, twice daily. Avoid taking phenylpiracetam in the late afternoon, or evening, because it is a stimulant, which keeps you alert, and therefore, wide awake.

Additionally, as with all nootropics, stacking the phenylpiracetam dosage with a choline supplement increases its effectiveness.

Phenylpiracetam is non-toxic and safe, in addition to being well-tolerated. The most common side-effects are headaches, and the fact that our bodies build tolerance to it over time, so it can lose its effectiveness.

With the boost of acetycholine in the brain, sometimes headaches occur, which is treatable with the addition of a choline supplement such as Alpha GPC or CDP-Choline. This is true with all racetams, and is a common side effect.

Take caution to keep your dosages at the RDI. Taking too high of dosages causes overstimulation, the jitters, and nausea. To avoid these symptoms, lower your dosage to the RDI of 100mg.

Then, we come to the tolerance issue. Our bodies build up resistance to phenylpiracetam so that over time, it loses its effectiveness. You may counteract this by using it only when you need the extra boost of cognitive abilities, or right before a sports event. Another method is to use it one week on, and one week off, to effectively avoid tolerance build up.

Here are two recommendations for stacking phenylpiracetam with other nootropics, to enhance the effects.

To Be Taken Daily

For Studying or Workouts

You will notice that this stacking suggests that you keep a healthy daily routine going while saving the phenylpiracetam for when you most need the additional boost. Because the body builds up resistance to phenylpiracetam quite rapidly, this is excellent advice.

Tip o’ the Hat to BrainTropic

Phenylpiracetam is modern nootropic supplement that many take for its stimulating properties. One dose of phenylpiracetam causes increases in both cognitive, and physical endurance responses. If you are in cognitive decline from organic sources, you may expect improvements in cognitive functions when taking this supplement.

A phenyl derivative of the nootropic piracetam, phenylpiracetam is effective in increasing physical endurance, and that includes cold resistance. It is also in use for the treatment of amnesia patients.

Phenylpiracetam was first created by Russian scientists who were in search of a supplement for the cosmonauts to counteract the stress of prolonged space work. Valentina Ivanovna Akhapkin, a psychopharmacologist at the Russian Academy of Sciences Institute of Biomedical Problems, led the effort in 1983.

It was sold by prescription in Russia under the name of Phenotropil. There was, however, a dispute between Valentian and Valenta, the pharmaceutical company ended production in 2017. Reportedly, a new company named Vira Innfarm will produce it in the future.

When taken by mouth, phenylpiracetam is 100% bioavailable because it absorbs easily in the gastrointestinal tract, and then crosses the blood-brain barrier with ease, where it increases dopamine and noradrenaline levels.

To break it down just a bit more, adding the phenyl group to piracetam brings faster, and better benefits, as shown below.

The addition of phenyl allows it to pass the blood-brain barrier faster.

Boosts energy similarly to Adderall or Ritalin, but without the unpleasant side-effects when taken within the recommended dosage.

In the United States, phenylpiracetam is an off-label nootropic, sold as an over the counter supplement. It is not currently sold in Canada, but it is imported and taken without any infractions to Canadian law.

Continue to do your research into this nootropic supplement, if you seek a supplement that makes you feel more energetic, with clearer focus, and provides an overall boost in cognitive abilities. As with all supplements, consult your doctor before taking phenylpiracetam.