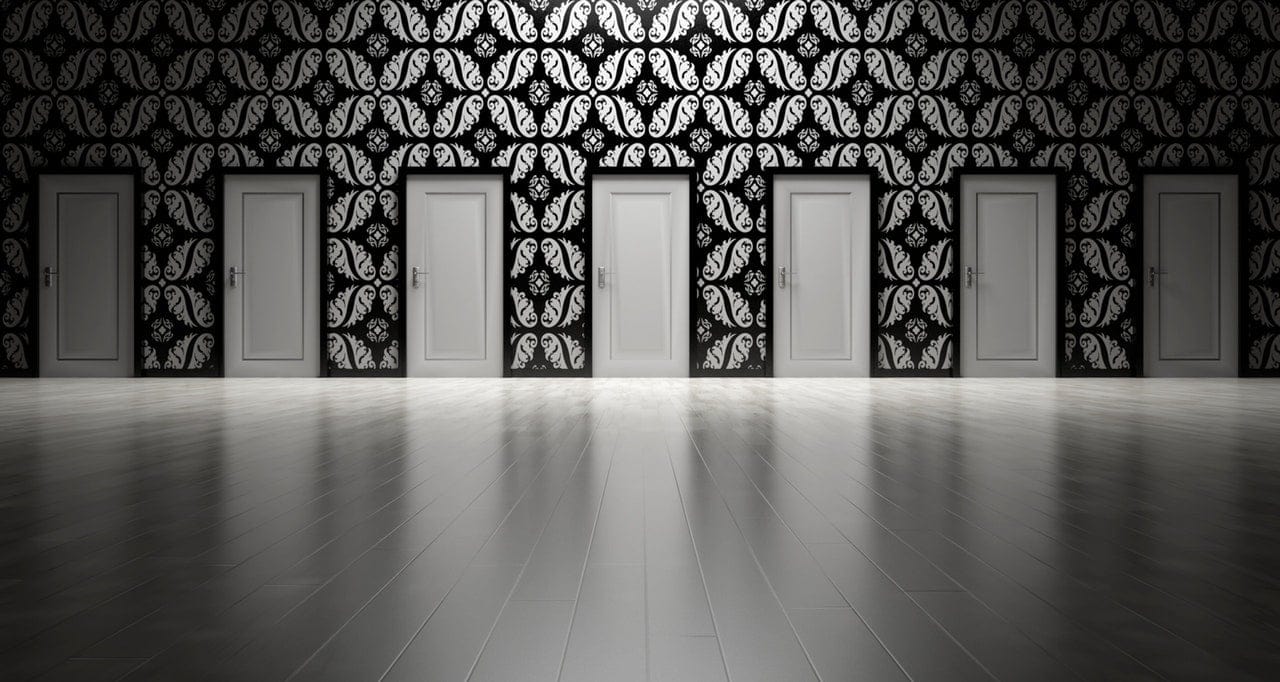 Getting Out Of A Creative Rut Can Be Tough…

We have a mind that is predisposed to quickly form habits and make neural connections (connections between brain cells). Most of the time this is a time-saver, as we don’t have to find new solutions to the same problems over and over again.

However, it might cripple our creativity when we become habitual in the way we make music.

In this editorial, I explore two ways of boosting creativity. The first involves breaking free from our usual ways. The second explores how we can make limitations work to our advantage.

You might have heard the phrase “cells that fire together, wire together”, first coined by neuropsychologist Donald Hebb in 1949 (Hebb, 1949).

In short, it means that if you solve a problem a certain way, you are more likely to solve the problem the same way the next time you have a similar problem.

On a neuropsychological level, it means that the network of brain cells, neurons, that get activated in a specific situation will be associated to each other and are therefore more likely to be activated together the next time you encounter a similar situation. 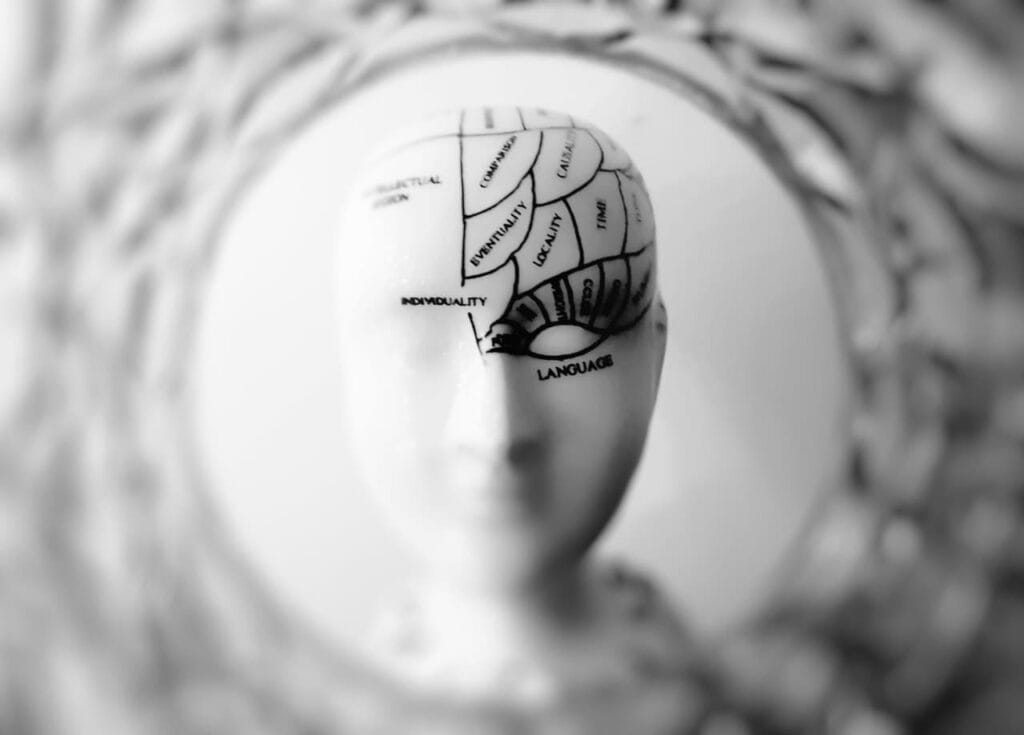 If you solve a problem a certain way, you are more likely to solve the problem the same way the next time you have a similar problem.

The benefit of this is that it takes less effort for the brain to solve problems and make quick judgments about how to interpret a certain situation.

The downside, in a creative context, is that it also makes us likely to repeat ourselves instead of coming up with truly innovative ideas.

Many music producers can probably relate to the struggle of actually making new music instead of just subconsciously make variations of the same song.

Our mind often has a hard time operating outside of the box, as learning by experience is all about doing what worked the last time. So how do we break out of the box? 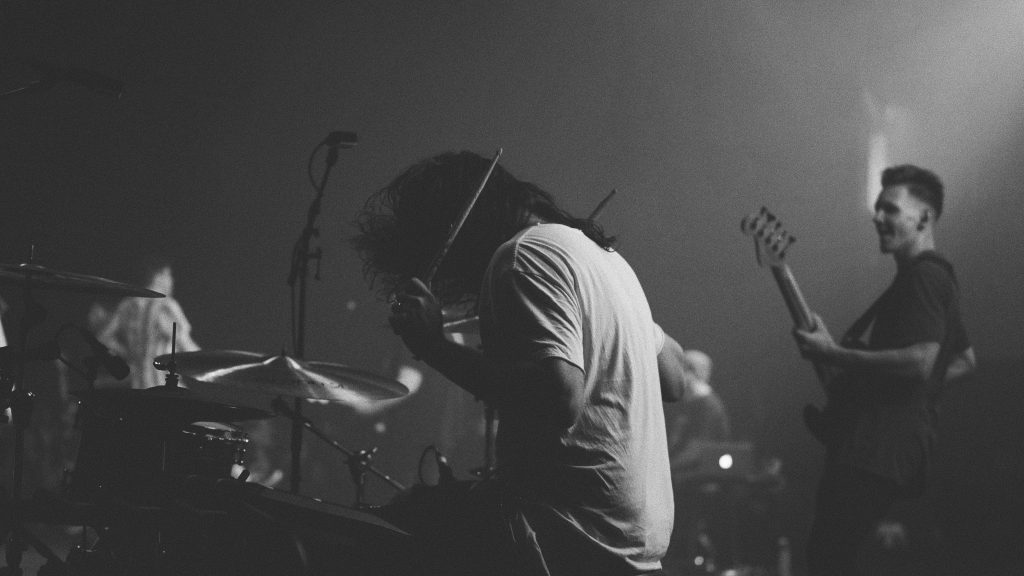 Music producer Brian Eno and painter Peter Schmidt came up with a particularly creative way of helping themselves out of creative blocks with their tool called Oblique Strategies. It contains a set of over 100 cards with questions and statements that aid in finding new approaches to creative problems.

Statements like “Emphasize the flaws” or “Look at the order in which you do things” allows you to find new ways of thinking that at first aren’t apparent. Each card is another way of breaking out of the box and helping the mind  to find new neurons to connect with.

David Bowies’ approach to writing lyrics (which he shares with several other writers) can serve as another example and is sometimes called the cut-up technique.

This creative strategy involves cutting up written text and combining it into new phrases, phrases the writer otherwise wouldn’t have come up with.

If you’re not working primarily with lyrics, you can still use a similar approach when making music: Take a four-bar loop of music (for instance a chord sequence, bassline), cut it into four separate parts and rearrange them randomly.

You now have a new chord sequence. Working with clips in Ableton live makes it easy to try new ways of making the pieces of the puzzle fit together.

Music-making can be a fantastic, creative and liberating experience. It can also be scary as hell.

Most people engaged in creative work know the crippling horror of a blank slate, be it an empty document in Word (as this article once started), a blank canvas or the empty arrangement view of Ableton Live. The emptiness in front of you holds the promise of infinite possibilities, and you are free to make whatever you want with it.

In the world of digital music-making, most of us has truly been set free, and even free music making software comes with enough bundled plugins and sound libraries to keep you going for a long time. And yet this absence of creative constraints, this freedom, can backfire and make us less creative. is this so?

As it turns out, having too many choices can be crippling.

In the book Future Shock, author and associate editor of Fortune magazine Alvin Toffler described the concept of overchoice.

Overchoice is what happens when we are faced with too many similar choices, making it hard to decide which choice is the right one (Toffler, 1970).

In the book The Paradox of Choice – Why More Is Less (Schwartz, B. 2004), Barry Schwartz comes to a similar conclusion that although many choices should increase the likelihood of making good choices, too many choices can also lead to fear of making the wrong choice and fear of missing out on alternative, possibly better outcomes.

On a similar note, Avni M. Shah (Assistant professor at University of Toronto) and George Wolford (professor at Dartmouth College) studied consumer buying behavior and came to the conclusion that choices initially leads to an increased buying of products and sense of satisfaction.

But as the number of choices increases the sense of satisfaction rapidly decreases (Shah, Walford 2007).

Many music producers can probably relate, after spending a whole afternoon trying to find the right snare sample out of 450 similar choices.

It appears the freedom of choice leads to cognitive overload and stops us from actually making music.

One way of getting around this creative obstacle is to set specific boundaries, or limitations when we create.

Danish movie director Lars von Trier and a few other directors formulated the concept Dogma 95, a set of rules for film making (like no use of artificial lighting for instance).

In 2019 Swedish composer Jacob Mühlrad premiered his choral piece Time, a work with lyrics containing only one word.

How did he do it? By using more than 60 different languages… 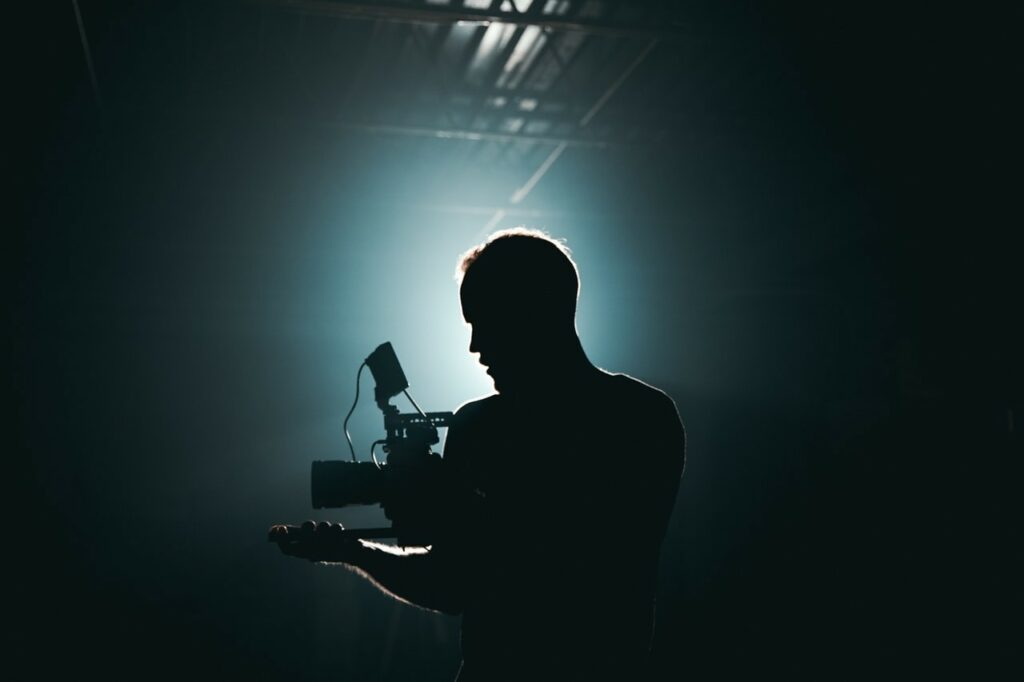 Although Dogma 95 is perhaps more about ideology, it’s an example of voluntary creative boundaries.

Another example of how extreme constraints in the creative process can spark new, interesting ideas. The writing technique Lipogram is yet another form of constrained strategy.

A lipogram is a kind of constrained writing or word game consisting of writing paragraphs or longer works in which a particular letter or group of letters is avoided.Wikipedia

A famous example is the novel Gadsby, a novel of 50.000 words, none of which contains the letter E.

With the power of software synths and digital ways of making music, we have the power of total recall all the time.

We can always go back and change a bass sequence, tweak a reverb some more, or change the Rhodes chord sequence from a Rhodes MK1 to a Rhodes Mk2, just to change it again tomorrow.

This possibility of going back can keep you from always moving forward. A simple way of dealing with this is to commit to audio. Be a little daring and bounce your midi to audio.

It will free up your computer’s processing power and will stop you from infinitely going back and change things.

Remember, before the use of midi, computers and software synths almost everything was committed to audio. Back in the day, it was too expensive or time-consuming to go back and make minor changes you simply had to trust it was good enough.

The list can be made long, and examples can be found in varying fields of creative work. The unifying theme is that the limitations sometimes acts as a magnifying glass, focusing our creative energy into a single focal point. Other times they force us to come up with new solutions to old problems, in unexpected ways.

This is a step I often use when I’m stuck in a creative rut. Identify the “box” you’re currently in, and ask yourself…

Maybe you start by playing some chords with your favorite pad preset. Then you move on to finger drumming a beat on your controller of choice.

By identifying your usual way of approaching a new project, you get some ideas on how to shake up your process and find new ways of making music. If you’re the “chord guy” maybe you should start with the drums, and vice versa.