Men Can Get the House in a Divorce, Too. Here’s How. 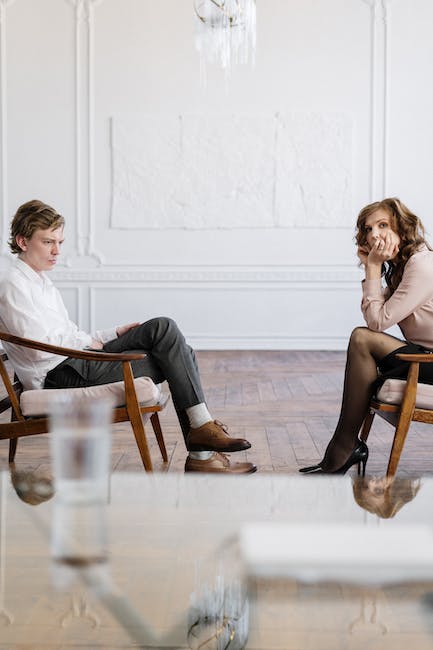 For men going through a divorce, one of the most common priorities becomes getting their soon-to-be-ex-wife out of the house as soon as they can. Sharing space with someone you are looking to divorce can be awful. Remember the 1989 black comedy “ The War of the Roses? ” depicting a divorcing couple who resorts to all kinds of shenanigans to get each other out of the house they once adored?

The movie may have portrayed an extreme situation. Nevertheless, the message is clear: Your home is supposed to be a peaceful sanctuary, but the tension resulting from sharing space with your soon-to-be-ex can make you feel like you are walking on eggshells or, in the Rose’s case, glass. Both options are less than optimal, even if your wife looks like a young Kathleen Turner or is the one who asked for the divorce in the first place. Neither means you, the husband, are the one who has to leave the marital home.

I once had a client who told me he locked himself in his room each night to avoid his wife’s violent outbursts and constant harassment. Like many men, his top priority was to get his wife out and maximize his chances of keeping the house once they finalized their divorce. If that is your goal, too, here are a few tips to help you.

HOW CAN A MAN GET THE HOUSE IN A DIVORCE?

Determine Why You Want to Keep the House

There are a lot of reasons why men may want to keep the house. Most often, especially when there are children, that reason comes down to stability. Many dads understand the turmoil that a divorce can have on children, and they want to minimize the number of changes their children face by keeping them in the home where they currently live. This way, the children have the same bedroom, the same neighbors, and are less likely to require changing schools.

Many men also have support from nearby neighbors and established routines for school or extracurricular activities. Another issue surrounding the home is related to scheduling custody. If Dad moves out, he will likely be unable to afford to rent or buy a house as large as the marital home.

“Family Guy” parodied the “divorced guy apartment,” as frequently described in this funny but not so amusing clip . Again, this doesn’t have to become your reality, even in jurisdictions with Draconian laws that heavily favor the woman in a divorce like Quahog, the fictional city where “Family Guy takes place. Life need not imitate art.

Kidding aside, many men worry that if they move into a one or two-bedroom apartment, the children may not have the space they need, or it won’t be practical to have as much time with the children as they would like. Especially if the kids are teens, the last thing they will want to do is move from their home near friends and activities to be around a parent in a little apartment. The status quo matters.

Your established schedule with the children and monthly expenses will form the basis to create both a child custody schedule and a determination of how much you may receive or pay for spousal support, sometimes referred to as alimony, depending on your state. Where you live matters for determining your bottom line, and why you are probably eager to start the process.

How to Get Her Out of the Marital Home

There are three obvious ways to get her out of the marital home. The first is arguably the easiest, least expensive, and most direct method because it bypasses the court system, and that is to:

Every day couples separate without the intervention of the court. Conversations happen where spouses bargain, persuade, and discuss who is going to live where. You know your spouse better than I do, so think long and hard if there is any way to entice her to move out. If this doesn’t work, move on to plan B, which is to:

The second most direct way to get your wife out is with a civil protection order, which may be referred to by varying names depending on your jurisdiction. A protection order is a civil order dictating that your wife must stay away from you. It usually includes your home and work address, and sometimes your children’s school.

If your wife has committed any recent acts of domestic violence such as stalking, harassment, assault, battery, or kidnapping, you may qualify to obtain one. In that case, you can get an order of protection at any courthouse without an attorney, though having one present could help.

There is no filing fee, but when filling out a petition for an order of protection, you do need to be very specific as to the dates and details of each incident of domestic violence. The order of protection will go into effect as soon as a state marshall serves it and will act as a fast and effective way to get her out of the house.

Once served, your wife can contest the order of protection. If she does, you will need to prove all of the allegations in your petition. You will be limited to presenting evidence about what the petition explicitly mentioned. You will also want to bring an attorney with you to court for this hearing. The initial order is good until the hearing date, at which time you will need to present evidence to get the order extended.

If this doesn’t work, move on to plan C, which is the:

The third way to get her out of the house is with a temporary order from the family court. Depending on where you live, to get a temporary order, you or your wife might have to have previously filed a petition for divorce in the family court. In some states, without a pending petition, the judge has no authority telling you who can or can’t live in your house. If your state requires it, you can file a motion for temporary orders once a petition is pending, including seeking exclusive use of the home. Still, this is in no way guaranteed.

You will need to provide a good reason for the judge to make her leave the house. If your wife has engaged in bad behavior that doesn’t necessarily rise to the level of an order of protection, you may still be able to secure an order of exclusive use of the house from the judge.

Once you have executed phase 1 (getting her out), you can move on to phase 2.

Now that you have gotten her out, several things need to happen for you to keep the marital home permanently.

First, suppose you live in an equitable distribution state (all states except Arizona, California, Idaho, Louisiana, Nevada, New Mexico, Texas, and Washington). In that case, you will need to determine an overall equitable distribution of the property. For instance, if the home has $100,000 of equity, you will need to buy your wife out by offsetting property (like retirement assets) or refinancing and taking out half of the equity.

Maintaining an identical standard of living is almost unheard of after divorce. It’s yet another reason why maintaining the status quo and getting your soon-to-be-ex-wife out of the house are so important. If your wife moved in with her parents, for example, her expenses would be low while yours would still include the family home. Budget carefully. Many times men put themselves in a dire financial situation to keep the house. Make sure this is the best decision for your long-term wellbeing.

Finally, you will most likely need to refinance the house into your name alone. It is not a requirement, but your ex and her attorney would be silly not to require you to refinance in your name alone. Sometimes inexperienced attorneys or self-representing litigants overlook the actuality that just because the court awards the house to one spouse, the lender has not released both spouses from the note on the house. The divorce decree is not binding on the lender.

Be Optimistic… and Organized

If you follow these step-by-step instructions, you may end up with the kids, the house, and more spousal support than you would have had otherwise. The key in any divorce is starting with a plan and strategy — and then sticking to both. Just not her.