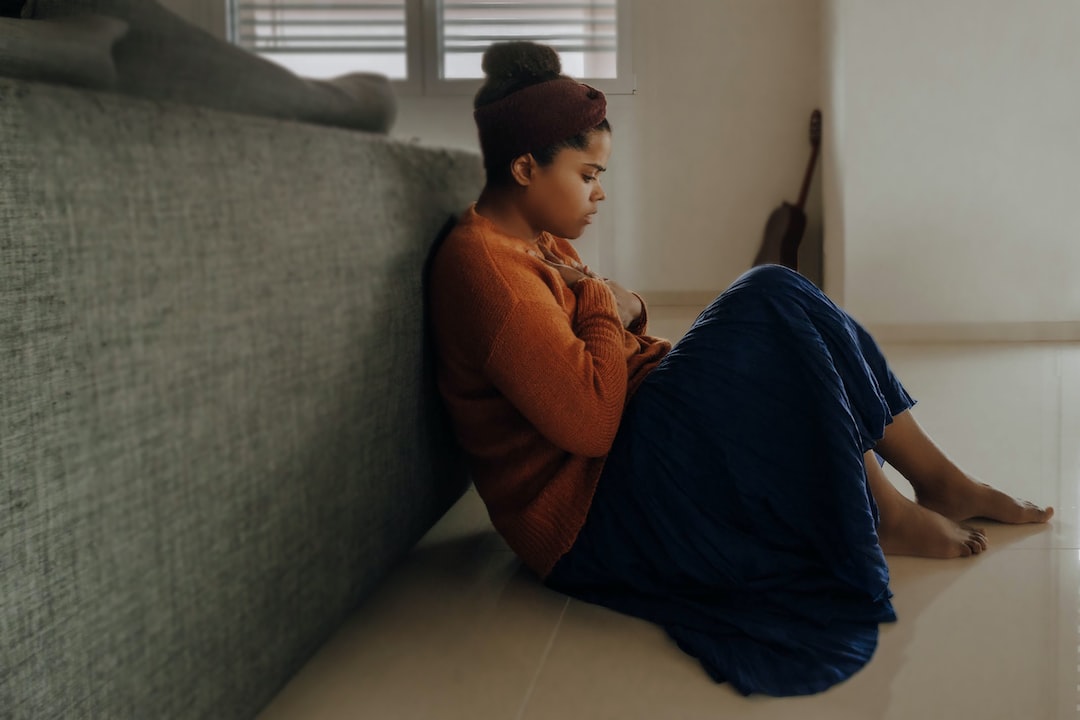 The Prescribers’ Digital Reference on Lamictal (lamotrigine) provides the drug’s label information detailing over 37,000 words on the side effects ranging from mild to life-threatening, dangerous interactions of Lamictal with other drugs, and other warnings.12 That’s comparable to the size of an Agatha Christie novel — yet, In all of that ocean of material, one single sentence mentions withdrawal. The drug package information directs the patient to cut the dose by 50% for week one, and then do another 50% cut for week 2, and no other direction or guidance is given.

Evidence suggests that attempting such an abbreviated approach may introduce impassable difficulties. At Alternative to meds, we would proceed in a much more nuanced way, tailoring the process to each individual, much slower, and with support in place to soften the withdrawals. More on these protocols used at Alternative to Meds Center will be further described below, and can also be found on our services page.

In other literature, we found one case report by Frey et al that followed 6 patients on Lamictal, where clinically significant withdrawal phenomena were present at “end of dose,” meaning before the patient’s next dose. The authors conclude that these interdose withdrawals caused marked subjective distress, making the continued use of lamotrigine questionable as the withdrawals between doses could hamper successful treatment.15 We also found a case report by Gelisse et al, where psychomotor, severe depression, tachycardia, and other withdrawal symptoms were observed after a 4-day withdrawal off lamotrigine. The authors concluded, with some surprise, that lamotrigine causes withdrawal symptoms even though it is rarely reported.11 As Cosci and Chouinard observe in their 2020 article published in the Journal of Psychotherapy and Psychosomatics, acute and prolonged Lamictal withdrawals do occur, but are seemingly under-reported, under-researched, and even overlooked in medical literature, especially when prescribed in the treatment of bipolar.16,13,14

People that are being treated with this medication for seizure disorder will also need to exercise additional caution during the withdrawal process and need to be medically monitored in the process. For those with seizure disorders, some have reported seizures and seizures of greater intensity and frequency where withdrawal is too rapid.6 Slow, gradual cessation over several months is suggested according to Cosci and Chouinard’s 2020 article.16

*In a 2005 study comparing withdrawal manifestations off Lamictal and other anticonvulsants, all participants with pharmacoresistant epilepsy experienced seizures of increased intensity during lamotrigine withdrawal.6,7

Lamictal (lamotrigine) is an anticonvulsive medication used in the treatment of seizures in patients aged two years and up and as bipolar maintenance for the delay of recurring episodes of depression, mania, and hypomania.

Below you will find a number of topics for discussion and study, including uses for the drug, side effects, important notes about safe protocols for withdrawal, and other frequently searched topics of information about Lamictal. There are some special safety notes and warnings that anyone considering starting or stopping Lamictal (lamotrigine) should be aware of.

Outpatient medical professionals may be unwilling to attempt to navigate Lamictal withdrawal. This particular drug, for some, may pose challenges to be able to properly manage withdrawal without residential support.

Even if Lamictal was prescribed during a demonstrable crisis, this does not always mean that a lifetime of drug use is warranted.

Do Your Symptoms Require Lamictal?

Alternative to Meds has been an expert on mood-stabilizer withdrawal and Lamictal alternatives for over 15 years. We have published evidence regarding our success. Largely, we find dietary problems, drug use, blood sugar issues, and navigable genetic contributors to be involved to some degree in these cases. When these are addressed, we find that these medications can be reduced and usually eliminated.
This video is a 10-year tribute success story for a young man who was pronounced schizoaffective or bipolar depending on which hospital admission. He was in and out of hospitals, delusional, and on the verge of being committed to a state institution. But fortunately, he had a mom who believed differently and got him to our center. He is now an accomplished book author and international speaker and has himself become a pillar of hope to others who have also been disenchanted with the limits of medicating
15 Years Experience by Professionals Who Understand Your Journey.Up to 87 ½%Long-Term Success Rate.CLICK TO CALL7 DAYS A WEEK

Join Our InformationARMY AND STAY INFORMED

What is Lamictal (lamotrigine) Used For

Lamictal is used for epileptic seizure prevention and control, and as a mood stabilizer to treat the manic and depressive episodes of adult bipolar disorder.

It is FDA approved for use in children as young as 2 years old as well as adults as an anticonvulsant medication to prevent epileptic seizures.

We at Alternative to Meds Center often see Lamictal prescribed as an adjunct to antipsychotic medication. Lamictal is used as a mood stabilizer and when combined with an antipsychotic, creates an inhibition of both glutamate and dopamine. This also leaves a person with difficultly perceiving natural reward or stimulation, which is why the consumer may be driven to seek lower dosing or non-medicating alternatives.

Lamictal is the brand or trade name for the generic drug lamotrigine. There is no known slang or street name for the drug, and there is no evidence that the drug has been associated with street or illicit use or sale. There are many alternate names for Lamictal, including domestically:

In April 2018 the FDA issued a new warning regarding anti-seizure medications including Lamictal precipitating a rare but life-threatening reaction. This reaction is described as a severe immune system inflammation, called HLH or hemophagocytic lymphohistiocytosis which can quickly escalate, especially if not treated quickly, and can lead to death.

Some signs of HLH include persistent fever and low or absent natural killer cells, and certain other characteristics in the blood that are markers for HLH. Mortality rates for HLH are 50%, and it occurs in children more often than in adults, which is a concern since Lamictal is approved for patients aged two years of age and older.1

It should be noted that since many very young children are placed on Lamictal for epilepsy disorders, careful monitoring should be ongoing for any signs of these or other unusual or adverse reactions to this drug.

Lamictal should never be stopped abruptly, unless as in the case of HLH, or Stevens-Johnson syndrome, or other dire situations as noted above, that require a life-saving medical intervention. These require immediate hospitalization.

In the vast majority of cases, a gradual taper is the recommended procedure for coming off a mood stabilizer to avoid a sudden shock to the body that could leave the person in a worse off state than before the prescription was initiated.

Lamictal influences two amino acids, aspartate, and glutamate. These are excitatory neurotransmitters, which Lamictal restricts the release of, thereby causing a calming effect. When gradual Lamictal tapering is occurring, more of these excitatory agents may start to release into the system and this may cause rebound excitability.

Information has been collected here covering some often asked questions about the drug’s classification, its properties, how it is used in treatments, and several other topics.

Mood stabilizers, like most psychiatric drugs, can create a dependency, most pronouncedly after long-term use. Lamictal dependence can occur over time. There is a lot yet to be learned about how Lamictal and similar drugs work, but it is known that the body can build up a tolerance to a drug. This means that when you stop taking such a drug you will experience withdrawal symptoms.22

Withdrawal symptoms are also found as a component of addiction, where uncomfortable symptoms present when the drug is stopped. In the British Journal of Addiction, Goodman proposes a useful definition of addiction that includes powerlessness over the addictive substance, and continuing to take the addictive substance despite negative consequences of doing so. No reports have been found that document Lamictal addiction so defined.23

The decision to come off Lamictal should be carefully assessed in the context of why it was prescribed, and whether the drug has or has not increased the health and quality of life of an individual.

Because of the inherent risks involved with Lamictal, withdrawal should only be done under medical supervision so that the process can be done in a safe and controlled way.

When choosing help, be sure to ask if the professionals who you will be working with have specific experience working with patients coming off Lamictal, and medication withdrawal in general.

In addition to the above discussions with your physician, don’t be afraid to ask about the complications that the doctor has personally seen, and how they might have been resolved. Certainly, if he or she has been doing medication withdrawal and has attained competence, there would have been some rough cases along the way. Sometimes, certain cases would like outside of outpatient capacity to treat. Knowing the difference is mastery and sometimes a second opinion is pragmatic.

The prescribing doctor may be reluctant to withdraw a medication that they have invested faith into. A doctor that specializes in medication withdrawal may have unique viewpoints worth considering.

These questions would probably be even more important to explore primarily if outpatient treatment is being considered. Antipsychotic medication withdrawal complications may sometimes fall outside the capacity of an outpatient treatment setting. Seek second opinions, and keep asking questions until all the information you need has been provided so a confident treatment decision can be made.

If mental health issues, for example, depression or the beginning signs of mania, were not met with holistic, medical or other drug-free exploratory methods and investigations before prescribing medication, then no real attempt to discover why these symptoms were present ever occurred. Holistic psychiatry would incline toward such investigative work well before prescribing medications.5

An inpatient program that does implement investigative testing might be a considered approach leading to bonafide solutions that do not have to include prescription drugs.

Alternative to Meds Center does offer such investigatory work as part of the usual programs, with a wealth of adjunctive therapies provided in our inpatient program, to ease the process. Safe Lamictal tapering methods are administered by physicians with decades of experience in medication withdrawal. We encourage anyone in this difficult situation to become more acquainted with our resources for safe, gradual, and gentle Lamictal withdrawal.