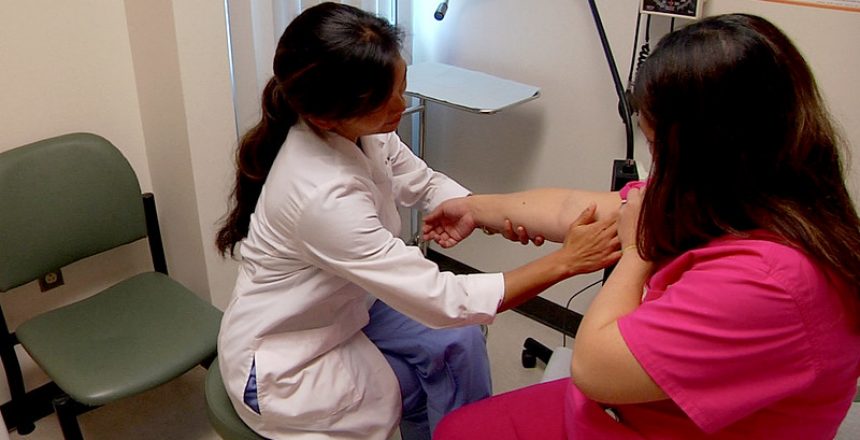 The department and faculty were honored with the award on April 25, 2020 at the ACOG virtual Business Meeting. The award, which was established in 1998, is given to those departments who “promote and demonstrate excellence in research.” The winning article (Whitehouse K, Tschann M, Soon R, Davis J, Micks E, Salcedo J, Savala M, Kaneshiro B. Effects of prophylactic oxytocin on bleeding outcomes in women undergoing dilation and evacuation: a randomized controlled trial. Obstet Gynecol 2019;133:484–91) will be published in the May 2020 issue of Obstetrics & Gynecology — otherwise known as The Green Journal.

Each year, the Green Journal editor independently selects an article from all those published during the past year. A panel of former Editorial Board members review and rank those articles based on scientific merit, methodology, presentation of results, soundness of conclusions, writing style and importance to the specialty.

The group of doctors presented a collaborative report about the effects of prophylactic oxytocin, which is often used in labor and delivery. According to the article, routine use of intravenous oxytocin decreased blood loss as well as the frequency of hemorrhage.

“When Dr. Kate Whitehouse started her fellowship here at UH, she noted that one of the longtime members of our department, Dr. Gaylyn Li, routinely used oxytocin with all her cases because she thought it decreased bleeding,” stated Dr. Kaneshiro.

No one had studied this intervention in a randomized, controlled fashion.

“It was great that this study was selected by ACOG.  This study started as a simple idea, provided by one of our local experts, Dr. Li, who trained so many OBGYNs in the state of Hawaii including myself.  Dr. Whitehouse used the experience she gained in this project to help launch her research career.  After she graduated from our fellowship, she went on to oversee international women’s health studies at the World Health Organization in Geneva. Leilani Manglicmot and Chelsea Yin, both JABSOM medical students, worked on this project as research assistants prior to starting medical school. Clare-Marie Anderson, another JABSOM student, used data from this study for her Senior Honors Thesis as an undergraduate. Also, we could not have done this study without the support of Queens Medical Center, our partner in both research and education,” Dr. Kaneshiro. “Recognition is nice but the real reward was that this was a collaborative project that not only improved health but also contributed to the growth of the next generation of physicians and clinical researchers.”

As part of the award, the Department of Obstetrics, Gynecology & Women’s Health received $5,000 for the winning article.

“Our department and medical school are extremely proud of Dr. Bliss Kaneshiro and her Family Planning team for their research and mentoring our former fellow, Dr. Kate Whitehouse. Their publication in the prestigious Green Journal presented impactful results for our clinical practice,” said Dr. Zalud, Kosasa Endowed Chair.

About the Department of Obstetrics, Gynecology & Women’s Health

Physicians with JABSOM OB-GYN Department provide coverage for multiple hospitals in Hawaiʻi including Kapiolani Medical Center for Women and Children, The Queen’s Medical Center, Kaiser Permanente, Pali Momi Medical Center and Hilo Medical Center. Our JABSOM faculty, including MD volunteers, are in service annually for one-third of the births in Hawaii.

In addition to directly serving Hawaiʻi’s families, the UH Department of Obstetrics-Gynecology & Women’s Health creates its clinical learning environment for medical students, residents & fellows through its University Health Partners of Hawaii (UHP) faculty practice, giving all learners the robust real-world experience they need. The department has 40 physicians, including four who are part-time and three professors emeritus. Another 107 OB-GYN physicians in Hawaiʻi are volunteer faculty. Specialty training is offered in Obstetrics and Gynecology, Family Planning and Maternal Fetal Medicine.