Is a Viking Funeral Possible in Canada? 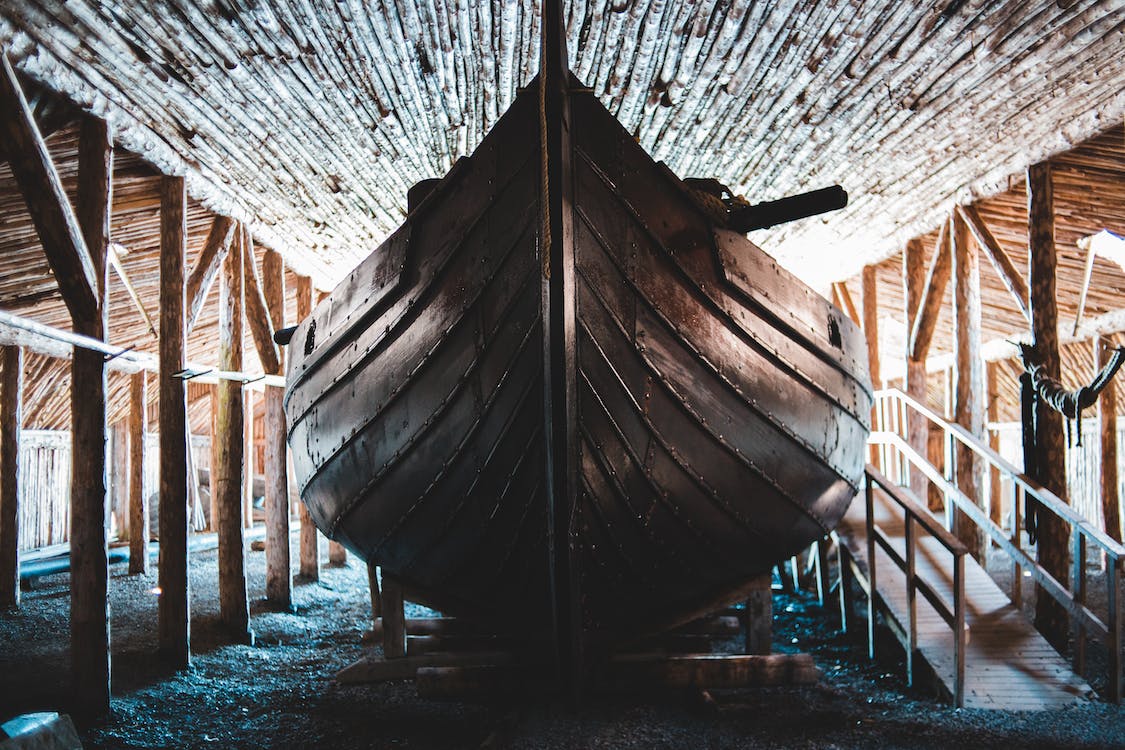 When you hear the phrase “Viking funeral,” many envision a warrior’s body set adrift in the ocean on a ship while archers hit it with flaming arrows, igniting the ship and cremating the remains. This powerful imagery–mainly inspired by recent television shows and films –is part of why Viking funerals have gained popularity over the years. However, there is debate on whether this idea of a Viking funeral is historically accurate and if it would be possible to have one today. This article will discuss what a Viking funeral entails and if it is possible to have one in Canada.

What is a Viking funeral?

Although Hollywood screenwriters have reimagined a Viking warrior’s funeral, that is not precisely how a historically accurate Viking funeral was conducted. However, aspects of that ritual were used in traditional practices.

Rituals varied based on location, but most Vikings were sent into the afterlife via burial or cremation. Boats symbolized a safe passage in Viking mythology, so ship or boat imagery was often incorporated into funeral practices.

Two common types of burial options were store ships and Viking longships. Stone ships were graves dug into the shape of a ship and lined with stones. The individual would be placed in the “stone ship” alongside their belongings and covered with dirt and stone to form a grave mound in the shape of a ship’s hull. In other cases, Vikings were buried inside their longships. This type of funeral was often reserved for those of higher rank, such as kings and queens.

Cremation was also a common practice. Vikings believed that smoke helped carved the path for the spirit to enter the afterlife. Cremation often took place in a funeral pyre. During this practice, the body was placed in a wooden structure capable of sustaining hot temperatures for long enough to cremate the individual completely. The ashes were then placed in an urn for burial.

Funeral ceremonies and customs did not typically change based on how the body was handled. The bodies were often prepared and dressed in new clothes. As the elaborate burials and cremation structures were built, a ceremony was held to honour the individual. These ceremonies included feasts, songs, speeches, prayers, chants, and more.

Personal items — called “grave goods” — were often placed alongside the body in burial or cremation to display the status of the deceased in the community—this included items such as weapons, jewelry, and even slave sacrifices.

However, permit officers must approve a time-consuming and expensive option at Environment and Climate Change Canada.

Nonetheless, even if the permit is obtained, the act of setting a boat ablaze with flaming arrows is not permitted in the country. This would also not be allowed on land. However, there are ways to incorporate aspects of Viking tradition into a Canadian funeral.

In many cases, the Viking ceremonies played a considerable role in the traditional Viking funeral. Ceremonies honoured the deceased for their achievements and successes in life. This is something that can be easily accomplished in the present day. A celebratory feast can be held at almost any public or private venue. Most locations can be decorated to replicate ancient feasting halls. Viking prayers and chants can be recited, and Nordic funeral music can be played.

Preparation of the body

One way to incorporate Viking traditions is in the preparation of the body, which would be washed and adorned with new clothes and jewelry. This could be done with the assistance of a funeral director or by the deceased’s family in advance of cremation. Contact us if you have questions about this.

It is possible to create stone ship/longship grave replicas, albeit it may be difficult, time-consuming, and likely to be expensive. For example, you can bury or cremate someone in a longship burial casket. This would likely need to be custom-made. The dimensions would need to fit in a burial vault or plot or be adapted for a crematorium. There would be a similar concern with a stone ship burial. It would likely be larger than a traditional headstone, so a large burial plot may be necessary to accommodate it. Similarly, a stone ship-style memorial could be designed with a niche to house ashes. However, special arrangements would need to be made with a cemetery to purchase a custom plot based on the space needed for such a structure.

The exact cost of these modifications is difficult to calculate, but, depending on the choice, it is likely to be substantially more expensive than a traditional funeral. Therefore, the price is something to consider when choosing one of these Viking-style options.

In most parts of Canada, it is permitted to scatter ashes into the sea, lake, or river, as ashes are unlikely to cause harmful effects to aquatic life. More info on scattering ashes in Canada here.

There are even biodegradable urns designed to dissolve in water slowly. Urns are also highly customizable. Longship urns or replicas can be purchased like this one or custom-made.

It may even be possible to incorporate the fire aspect into the funeral rituals. In Ontario, for example, certain cities permit the burning of wood in a small, controlled fire. Therefore, you would be able to symbolically burn the longship replica in a campfire if you chose to do so.

The urn could also be buried, a symbolic yet modified nod to Viking longship burials. There are many possibilities, with the benefit that it is likely to be more cost-effective than full-size longship or stone ship burials. This would also require fewer accommodations to meet cemetery requirements.

Overall, it may not be possible to have the big, theatrical Viking funerals shown in movies and on TV, but there are many ways to keep the Viking spirit alive in present-day funerals.