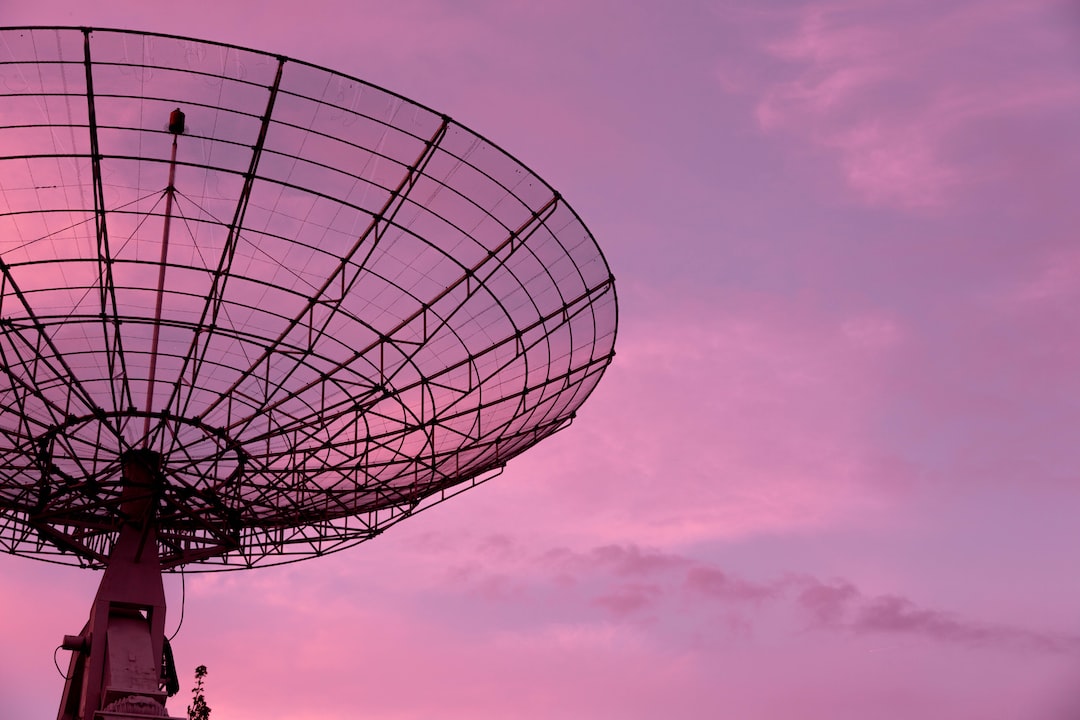 There are only two satellite internet providers in the United States – HughesNet and Viasat. While each has its own perks, HughesNet is often considered to be the better option of the two. Even though you may not know much about satellite internet, it may actually be your only method for getting internet, depending on where you live.

If you live in a rural area and don’t require intense download speeds, then HughesNet could be exactly what you need. Interested in learning more? Continue reading and we’ll walk you through everything you need to know.

What Is Satellite Internet?

Although not available before 1996, consumer satellite services are hugely beneficial to many American’s who reside in rural communities. These days, satellite internet is faster than it’s ever been before. You can use a satellite internet connection for uploading, streaming, downloading, and even some gaming.

Like other types of internet providers, you’ll need a router and a modem for home WiFi service, as well as a stationary satellite dish.

How Does Satellite Internet Work?

If you need more than one Ethernet connection, then you’ll also need to have a router in order to send WiFi throughout your house.

How Fast Is HughesNet?

Most internet providers will change what they offer depending on what your location is. Viasat especially has a reputation for doing this.

HughesNet is unique, however. This ISP (internet service provider) only offers plans at 25 Mbps speeds, no matter where you live or how much you pay. So the real question is: is 25 Mbps fast enough?

Depending on what you intend to use your internet service for, 25 Mbps could be plenty. With that kind of download speed, you can comfortably browse the web, watch YouTube, and check your email. However, you may experience some issues if you play video games online or you try to watch 4K movies on Netflix.

Also, if you have a big house or a big family, and everyone is trying to use the internet at the same time, you’ll likely experience higher latency. This means that it’s going to take longer for your device to send data to the orbiting satellite and then get that information sent back to you.

HughesNet speeds were rated positively by the FCC because their download speeds were measured to be 152% faster than what they were advertising. This is a surprising but welcome statistic for the broadband industry.

In 2017, they launched their EchoStar satellite, which helped them offer 3 Mbps upload speeds and 25 Mbps download speeds. This allows them to meet the FCC’s definition of what broadband internet is.

How Much Does HughesNet Cost?

When looking at HughesNet packages, there are four plans. Their cheapest plan costs $59.99 a month and you’ll be afforded 10 GB of data. Their most expensive plan costs $150.00 a month for 50 GB of data.

So why would anyone choose HughesNet over Viasat? The catch is that three months after your plan with Viasat, your price is raised to $75 per month. It will stay at that price for the rest of your Viasat contract.

That means you’d be saving a total of $105 by paying for internet from HughesNet instead of Viasat.

With that said, Viasat offers more variety in their plans. You can get more plans at different speeds, prices, and data caps with Viasat.

Does HughesNet Have Data Caps?

The really neat thing about HughesNet is that there are no hard data caps. This means that HughesNet won’t put hard limits on how much data you can use each month. So, if you exceed the amount of data that your plan allows, you will still be able to access the internet, just at much slower speeds.

Every plan with HughesNet includes a set amount of data for the month, as we already mentioned. When you go over your data limit for the month, your internet speed will be reduced to around 3 Mbps.

This is still enough to browse the internet and check email. But you’re going to be fairly limited in most other internet activities.

Thankfully, HughesNet offers something called Data Tokens. By using Data Tokens, you will have the ability to regain your download speed of 25 Mbps before your billing cycle resets.

A wise move would be to schedule large downloads of movies, system updates, software, and games for your computer during this time.

Is There a Contract for HughesNet?

HughesNet locks you into a two-year service contract, the same as what Viasat does. However, unlike Viasat, your price remains the same for the entire contract term and there are no surprise price hikes.

Satellite internet takes a lot of effort to set up as well as to return. So, you probably won’t be switching between providers that often. And if you don’t have any plans for moving in the near future, then two years isn’t that long of a time, relatively speaking.

What Kind of Equipment Is Required for HughesNet?

Broadband internet service from HughesNet requires both a modem and a satellite antenna. You can lease these items from HughesNet or purchase the equipment outright. Either way, it’s not going to be cheap.

It’s going to cost you $15 per month for 24 months to lease the modem and satellite antenna. That’s going to be a total of $360.

These numbers don’t take the activation fee into account though. That’s going to cost you $99. But that fee is waived if you buy your equipment.

If you lease the gear, you’ll have to pay the activation fee. So, you’re total is really going to be $459.

If you continue to use HughesNet, you’d have started to save money after the first 31 months if you bought your equipment.

After you make your decision on leasing or renting your equipment, you’ll then have the choice to schedule installation. It’s highly recommended that you have the professionals install the equipment, no matter how mechanically savvy you are.

It’s worth noting that HughesNet utilizes the services of third-party contractors to install your modem and satellite antenna. This means that you won’t be working directly with HughesNet, so you can’t be totally sure about what kind of customer service you’ll be getting.

But your installer will be able to find the correct area, height, and angle needed for your dish to receive the best signal.

What Kind of Fees Does HughesNet Have?

As we already mentioned, if you lease your equipment, you’re going to have to pay a $99 activation fee. Because of this, it’s usually recommended to buy your equipment.

With current HughesNet promotions, there is no installation fee. This is included in the activation fee. And if you purchase the equipment, then the installation is free.

The later you cancel your service, the less you’ll have to pay in early termination fees. Still, the lowest you’ll be charged is $85.

After the first ninety days, your early termination fee will be $400 minus $15 for every month that you’ve kept the service.

Is HughesNet Available in My Area?

Their services are available across the country, including in Hawaii and Alaska. They even offer internet in Puerto Rico. They also provide internet service in South American countries, including Columbia, Peru, Ecuador, Chile, and Brazil.

The biggest concern when signing up with HughesNet is not where you are but rather if you have a clear space for installing your satellite dish. Mountainsides, buildings, trees, and any other large objects that stand between you and the satellite can lead to complications.

However, since HughesNet mainly caters to customers in rural areas, there usually aren’t tall buildings blocking the satellite signals.

What Is the History of HughesNet?

As you might have guessed, HughesNet gets its name from business magnate, Howard Hughes. Hughes Communications was started in 1971 under the name Digital Communication Corporation. It was founded by engineers who previously worked at Comsat Laboratories. The company originally built circuit boards for telecom related products.

In 1978, the company started making products related to satellite technology. In 1987, the company was bought by Hughes Aircraft Corporation and was renamed Hughes Communications.

They started offering satellite internet for small businesses and consumers in 1996 under the name DirecPC. In 2012, they were renamed to HughesNet. Starting in 2016, HughesNet began expanding its services to South America.

In 2017, HughesNet became the first satellite internet provider to offer broadband internet as defined by the FCC.

Is Satellite Internet from HughesNet Right for Me?

As we can see, HughesNet and satellite internet, in general, have a lot to offer. If you live in a rural or remote area with limited options for internet service and require only basic download speeds, then HughesNet could be a perfect choice for you.

If you intend to use the internet for HD streaming or online gaming, or if you live in a big home with a lot of people and devices, then you may want to look at other types of internet service.

Still, it’s worth pointing out that great strides have been made in the world of satellite internet and it should be given serious consideration when looking at internet service options.

Are you trying to determine which internet service provider is best for you? If so, contact us today and see how we can help you!