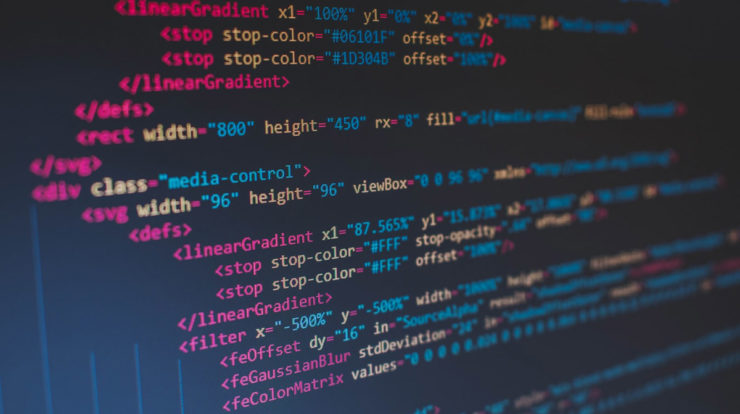 HTML is the standard markup language for everyone’s favorite W3C. It was created by W3C (World Wide Web Consortium). If one is aiming to deliver applications across two or more platforms, this is an excellent language to study. HTML5 is the greatest and the latest version of HTML in the internet age.

The “first draft” of HTML5 was released publicly in 2008, and it was not approved right away until several years ago in 2014. After being given the green light, HTML5 became the new standard.

What is driving the growing popularity of the technology, and why are game developers looking to sacrifice Flash for HTML5?. The answer to this question is that HTML5 provides APIs for new solutions like Canvas, WebGL, or WebAudio, which is responsible for vital elements within game creation, enabling them to run in the browser.

The foundation of the game is Canvas. This makes programming graphics display possible. Besides, Canvas enables a drawing of graphics that can be hardware accelerated by GPU thanks to WebGL. Furthermore, WebGL is based on OpenGL ES 2.0, giving two and three-dimensional graphics interfaces. Because of all those capabilities, the HTML5 game can be awe-inspiring due to its high-efficiency levels, playability, and it’s also impressive at the same time. Such games can be played on a variety of devices. These include Mac and gadgets based on Android or IOS, PC, and even on Firefox OS, Tizen, and any other device that supports HTML5 standard.

HTML5 has been selected as the base technology in Merixgames because it offers the necessary functionalities needed to develop a game. With their extensive know-how in Javascript programming, it is guaranteed that they will be able to utilize them to full potential.

They are using Pixi.js for graphic rendering, pixi.js is a 2D graphics renderer on a Canvas component working with WebGL support. This makes graphics hardware acceleration possible. When WebGL is not available on some devices, the renderer uses a Canvas element alone whose outcome is the same as when using WebGL.
Skytte.

Skytte is fully developed in HTML5. The developers did not utilize any popular engines. Instead, they choose to write their own, which were able to offer the necessary functionalities that they needed, for instance, detection, collisions, keyboard support, particle system, graphic rendering e.t.c.

Initially created using Flash technology, Casual Arena migrated not so long ago to WebGL and HTML5 ultimately. The multiple player games of Casual Arena shows an additional excellent example of games created by Unity. This technology allows developers to broadcast their games for Android, browser, and iOS devices using a very similar code. Any up-to-date browser renders WebGL properly. The Keyboard, particle system, touch support, collision detection, mouse, and numerous other features are provided by Unity and can be easily used in the project.

In most occasions, Animation in 2D games is frame-based. There are devices, however, that enable creating skeleton animations. Spine editor is always used in the second case.

When developing games that are to be played on mobile phones, it is essential to consider container usage that “wrap” the game into native applications. One example of such a tool is CocoonJS. It converts the HTML5 game into a native app dedicated to a specific mobile platform. From that, WebGL support is gained, quicker graphics rendering on Canvas, accelerometer, and hardware component access.

For creating special effects in games, the developers use the so-called “particles.” Pixi provides a particle rendering engine. This helps massively in enriching the visual effects in their games.

Advantages of Game Development in HTML5

The most common way that people interface with their mobile phones is through games, and connection to the internet has considerably increased the popularity of mobile games. People spend most of their time going through the internet via browsers both on mobile devices and desktop. Also, in powering the sites mostly used by browsers, game development using HTML5 enables the creation of cross-browser and cross-platform mobile apps and games. Developers are continuously moving from Adobe Flash Player, which transformed online gaming ways, and they have now taken to using HTML5. The language offers out-of-box functionalities that enable games to be accessed across numerous devices and platforms.

Some of the reasons that make HTML5 the favorite to many games and web developers are the cutting edge features like audio APIs, 2D and 3D graphics, offline asset storage, and joint support for the well-known web browsers.

Cross-platform compatibility enables developers to develop games that can adapt to various screen resolutions, aspect ratios, screen sizes, and requirements. Games developed on HTML5 can be accessed on a variety of gadgets like PCs, laptops, phones, and other smart devices that have web browsers. Besides, these games can be released as local web games and can be seen in browsers. Developers can take advantage of the universal compatibility and code games only once, and then deploy it anywhere without considering much about the operating system.
Accessibility.

HTML5’s biggest strength is that games can be accessed anywhere at the user’s convenience. This is despite of the fact that some games are available for free download. The cross-browser support for games allows it to be reached from up-to-date browsers like; Firefox, Safari, Chrome, Silk, Edge, and Opera. Furthermore, the ‘Cache Manifest’ technique enables the storage of user data in the cache with no difficulties. This means that games can be played offline.

HTML5 is a cross-browser or cross-platform technology, which means that almost everyone is included. This massive coverage allows for the marketing of games. Through monetization options, for example, in-game promotions. HTML5 games offer higher revenue. Developers can take advantage of the current and new advertising channels plus their websites for app promotion. Based on the user feedback, Ads can be displayed around or within the game. Tweaking ads can be used to maximize revenue from games. Several sites are explicitly dedicated to HTML5 games. They include html5games.net, and html5.com. To conclude, the best choice for companies with a tight marketing budget is HTML5.

Easy to Update and Maintain

Html5 games are more comfortable to update and maintain because of the single code base. The users are not required to update the software themselves since new updates are configured automatically. Once new updates are available, they are applied across all available platforms where the users can play the latest versions. This gives the user the new updated features of the game instantaneously. Since the game is not installed in the user’s device, it is unnecessary for developers to resubmit the app to various app stores. This means that they can take the game offline for a while or permanently.

In HTML5, Canvas and Web Graphics Library, are the core game development technologies utilized. They allow the development of advanced games that are capable of running in browsers. Canvas enables the developers to sketch and transform any shapes into 3D images, which can then be added directly as graphics. To reduce their reliance on plugins, developers can use WebGL for delivering their content. 2D and 3D can also be made available in web browsers. Programmers can also combine WebGL with the Canvas component of HTML5 that renders high-quality graphics.

HTML5 provides a new world of possibilities in the development of games. It is now possible to develop apps and games that have exciting features, quality, and design.

Places that are great to get started on your HTML5 game development quest;

It teaches the updated features in HTML5 as well as game developments and how to utilize them to develop new applications and websites. One can take this course for free, and it lasts for six weeks. Learn more.

Udemy course consists of 46 lectures, and it is free. The total time taken is around 10.5 hours. This is if you put in only an hour or two a day. In less than two weeks, one can have robust introductory knowledge on HTML5. Many courses in Udeny cost money, but this one happens to be free.

The Microsoft Virtual Academy offers an introductory course to HTML5 that is free self-study. It is designed to help both students and teachers, so no matter where a person is in their life, they can gain from this course.

Tutorials Park offers a full HTML5 tutorial, modeled to fill perceived gaps in online tutorials. It takes the learners from the basics to the professional use of HTML5, all in one place. It covers elements like Websockets, Geolocation, and ASCII codes, while maintaining the details of everything in between.

This is an excellent resource that is free to sign up. However, one has to sign up via a Google account, Facebook account, or typing your email plus your name. The introduction to HTML5 through Codecademy is pleasant and brief, and you are almost immediately given a task.

Code School offers only one level for free in the HTML5 course. Individuals are advised to try it out for a test and compare it with what their free counterparts are offering.