How To Choose A VPN 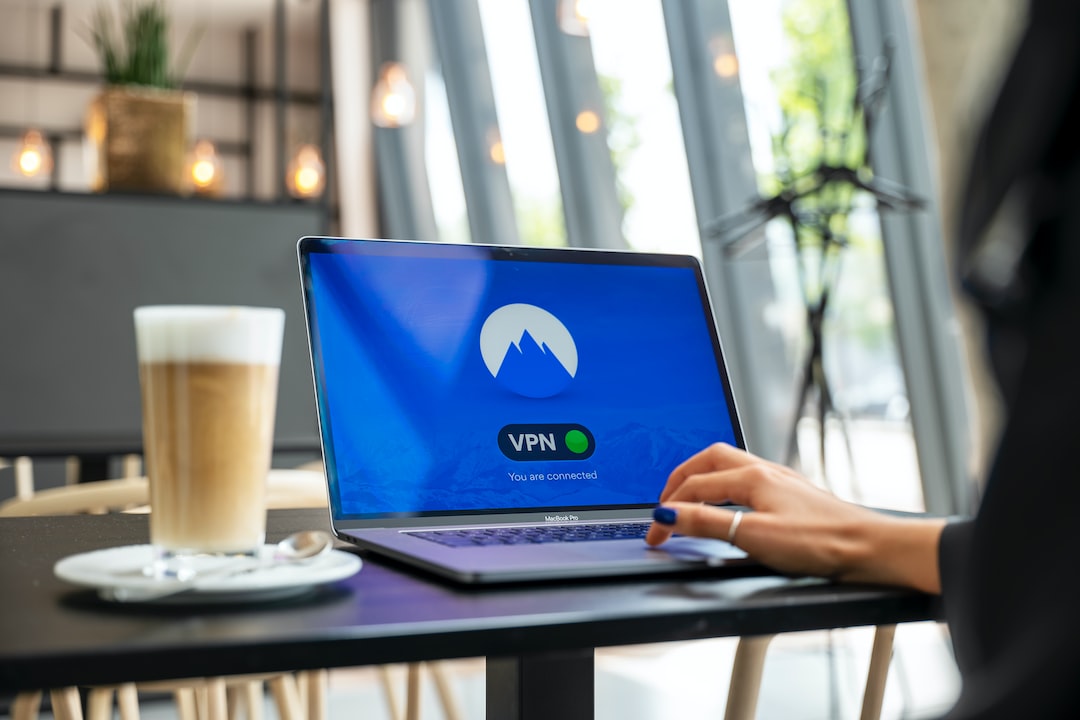 Unfortunately, the cybercrime industry is projected to be worth over $10 trillion by 2025. So, it’s more important than ever before to keep your sensitive data safe.

But, it’s also important to maintain a certain level of privacy while browsing the Internet. Making use of a virtual private network (VPN) can help you achieve this, but not everybody understands how to choose a VPN.

We’ve put together a guide to help you make your decision. Let’s dive in.

Make Sure It’s Compatible With Your Devices

A common oversight that new users make is failing to determine whether or not their prospective VPN is compatible with their devices. Since not all VPNs are available on every platform, it’s essential that you find a suitable one that you can actually use.

It’s also recommended to search for a VPN that is compatible with both your mobile devices and your primary computer since some VPNs don’t offer cross-platform compatibility.

This means that you won’t be able to use the same VPN for a Windows computer and iPhone. Additionally, some VPN providers impose a limit on the total amount of devices that you can connect, something that isn’t ideal for large teams.

If you’re someone who uses a large number of devices on a regular basis, be sure to look into this information.

When people begin their search for a VPN, they’re often tempted to take advantage of free options. However, it’s highly recommended that you avoid doing so.

Under most circumstances, free VPNs do not offer a sufficient level of security. This could easily put your sensitive data at risk, specifically your browsing activity.

When choosing from paid VPNs, consider whether or not the provider offers a private payment option. It’s not uncommon for users to be able to pay with cryptocurrency in order to avoid using any of their personal information during the transaction.

As far as subscriptions go, this is generally up to personal preference. You may be required to purchase multiple months at a time, but many VPN providers allow users to pay month-to-month.

The overall price of the subscription is also something to consider during your search.

While rates will vary between providers, you shouldn’t be paying something like $100 per month in order to use a VPN with a basic level of functionality. A bit of research in this area will allow you to find a provider who can accommodate your needs for a reasonable price.

What Kind of Logs Does Your VPN Keep?

This information is crucial to investigate.

Ideally, your chosen provider won’t keep any logs at all about your browsing activity. Not only does this provide customers with a significant amount of privacy, but it’s also easier on the provider’s resources.

There are some VPNs that keep a minimal amount of logs in order to gain insight into network performance. These records often only contain basic information and may only be collected during a certain window of time.

However, this still entirely defeats the purpose of using a VPN in the first place. It’s not impossible for the information your VPN accrues to come back to haunt you in the future.

Instead, keep an eye out for a VPN that can satisfy your other needs without logging any information about your behavior.

No matter how effective a VPN is, you won’t be able to make full use of it if it doesn’t have an intuitive user interface.

To elaborate, the VPN you choose should be easy to configure and navigate. This will ensure that you’re able to quickly set the necessary parameters and keep your browsing as secure as possible.

This is especially important for those who are not familiar with using a VPN, as working with one can often be confusing for someone who is inexperienced. If you’re concerned about the potential level of usability, it’s best to look for a VPN that makes the initial setup as effortless as possible.

Over time, you can fine-tune your configuration to better suit your needs and make the software much more pleasant to use.

Inevitably, there will come a time where you need to get in touch with customer service. This could be due to a complication with the VPN’s performance, or you may simply have a concern that you need feedback on.

As you might expect, it can easily become frustrating in this scenario if you’re unable to reach a member of the support team. In general, it’s best to look for a VPN provider that offers 24/7 customer service.

This is especially useful given the fact that VPN functionality changes on a regular basis.

The most reliable type of customer support is often live chat. Users typically find that communicating through email or opening a support ticket can require hours to resolve a simple issue.

If a provider doesn’t prioritize high-level customer service, there’s a chance they might not be protecting your privacy as thoroughly as they should be.

How Many Servers Does Your Provider Offer?

In order to get the highest level of functionality out of your VPN, you’ll want to choose one that has a wide array of servers. More specifically, your VPN provider should have a large number of servers throughout multiple countries.

In many cases, the number of servers they implement could even be in the thousands.

The area in which the servers are concentrated, though, will depend on what you intend to use your VPN for. For instance, let’s assume that you’re working abroad in China and are looking to circumnavigate the country’s Internet censorship to utilize a certain resource.

If the majority of your VPN servers are based in China, you likely won’t be able to get the results that you want. You might even encounter legal issues based on local censorship laws.

The same can be said for those who are attempting to circumvent throttling, caps on download or upload speeds, etc. Keep this in mind when searching for a VPN provider so that you can ensure you’re able to get the level of functionality you’re after.

Are There Any Limitations?

Many users take advantage of VPNs in order to avoid throttling by their Internet service providers (ISP). Since their ISP won’t have insight into their online activity, they can’t actively throttle their connection.

Unfortunately, this doesn’t stop some VPN providers from throttling the connections of their users. This is often the result of high bandwidth usage, which is typically achieved through streaming movies, music, etc.

Combined with the fact that more people than ever before are now using VPNs, you can easily see why this can likely become an issue. As a result, it’s best to avoid VPN providers who impose any type of restriction on bandwidth usage.

But, a common exception people make is when the bandwidth limit is far higher than they could feasibly use within a given billing cycle. In these scenarios, bandwidth caps are imposed to regulate users who abuse the VPN service.

It’s also essential that you consult the fine print of your agreement with your VPN provider. They often have specific terms referring to certain actions, such as filesharing.

To ensure that you don’t violate the terms of your agreement, it’s also recommended to reach out to the support team with any questions you may have.

Does Your VPN Implement a Kill Switch?

If the VPN connection fails, all of the user data that passes through it can become accessible to another party. For this reason, reputable VPN providers implement a kill switch system in order to protect this information.

This ensures that the VPN connection is immediately locked if a failure were to occur, meaning that it won’t automatically attempt to use a conventional Internet connection to facilitate access.

Otherwise, a VPN could accommodate a network failure by using an unsecured network. As you might guess, this could cause a large number of complications in the future.

To make matters worse, the user won’t always be notified that their network security has changed, leading someone to engage in browsing activity that they typically wouldn’t while using an unsecured connection.

Finding a provider that utilizes this functionality is also relatively easy, as many of them prominently advertise it.

Can You Use Multiple Connections at Once?

When most people get started with using VPNs, they don’t anticipate needing to use more than one device at a time. The truth is, though, that the capability to establish multiple concurrent connections can drastically improve your overall experience with the software.

A common scenario could involve a handful of employees using different devices that are connected to the same VPN.

There are even instances where a user may find it favorable to route all of their devices to two different VPN servers while they are in use.

This attribute is particularly important to keep in mind now that working remotely is so common. The capability to use multiple devices at once on a single VPN network could drastically improve your overall productivity.

Regardless of your situation, it’s recommended to find a provider who allows at least two or three simultaneous connections. A provider that offers less than this number could easily leave you dissatisfied.

What Are the Supported Security Protocols?

The protocols that your VPN provider utilizes are essentially the backbone of the network’s security.

Some protocols are more favorable than others, and using a VPN that incorporates the wrong ones could put your information at risk. For those who are unfamiliar with this topic, it can be difficult to understand what protocols to look out for.

During your search, it’s essential that you stay away from VPNs that advertise the use of PPTP. This term stands for ‘point-to-point tunneling protocol’ and has been consistently found to have a large number of security flaws.

In fact, it’s one of the easiest types of encrypted connections for other parties to compromise.

The same can be said about using VPNs that incorporate a combination of L2TP and IPsec. Despite having an extra layer of encryption, this protocol is notoriously easy for other parties to block and also has a handful of security concerns of its own.

So, it’s worth researching your prospective VPN provider and seeing what others have to say about their experiences with the primary protocols they use. A short investigation could save you a significant amount of time and frustration in the future.

Does the Provider Offer a Free Trial?

It should come as no surprise that you won’t be able to develop a strong understanding of the VPN without trying it out for yourself.

Without a sufficient trial period, though, this endeavor can become highly difficult or impossible. This will leave you to essentially roll the dice on choosing a VPN provider and hope that it works out for the best.

As a general rule of thumb, users should fully test a VPN’s capability before they decide to subscribe to its service.

Understanding How to Choose a VPN Can Seem Complicated

Fortunately, the above information will ensure that the process goes as smoothly as possible. From here, you’ll know all that you need to regarding how to choose a VPN and will be able to make the decision that’s best for you.

Want to learn more about what we have to offer? Feel free to reach out to us today and see how we can help.