How to Cheer Someone Up on Their Socially-distanced Birthday 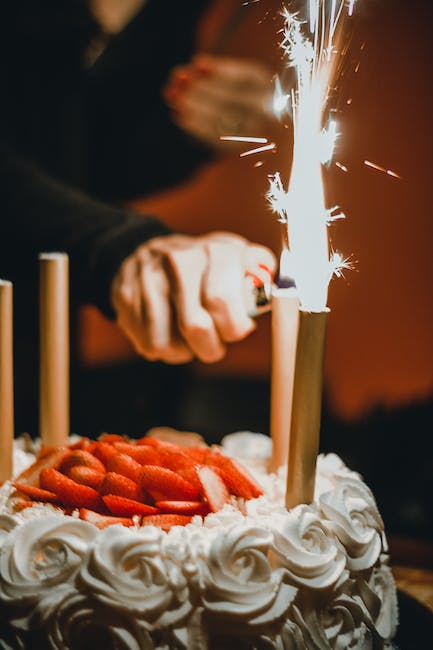 Some people are starting to get back to normal as the global health crisis begins to get under control in some regions. However, many people are still trying to socially distance as much as possible, especially if getting ill could be very dangerous for them.

This means that plenty of people are still facing birthday celebrations without their friends and family around to celebrate. If you know someone is about to have their birthday, you might be thinking about how you can cheer them up and make sure that they have a good day. Try some of these ideas to keep things socially-distanced but still fun.

It’s a simple gesture, but sending a card to someone on their birthday is usually appreciated. Of course, if you’re going to send a card, don’t just pick any generation card and scribble your name in it. Put some thought into what you’re going to send so that the recipient can really enjoy it. That might be searching for the perfect card with relatable or silly text on it, or even making a card yourself. As for what you write in the card, don’t stop at simply wishing them a happy birthday. Tell them what they mean to you.

Although it’s important to be cautious, it doesn’t necessarily mean that you can’t see anyone at all. Depending on where you live and what precautions you’re choosing to take, you might be able to have a small party. It’s still important not to get too close to each other, though. That’s why it’s smart to plan a party where everyone can stay socially distant but still have lots of fun. A picnic could be a good option, allowing everyone to sit outside on their own blankets while avoiding getting too close to others.

A lot of people have become experts in Zoom and other video call apps over the last few months. They’re good for business, but they’re also excellent for talking to friends and family. If you can’t or don’t want to have a party in person, consider having a virtual party instead. You can plan some fun activities, whether it’s a quiz or karaoke, or you could just have fun talking and maybe listening to music. There are worse things than drinking together over Skype or Zoom, especially if that’s what you would be doing if you met in person.

Flowers are always a kind gesture on someone’s birthday, and they can be even better when you’re stuck inside. Send some happy birthday flowers to your friend or relative to let them know you love and care about them. In fact, you can get together with some other people and “flower bomb” them. Have lots of flowers arrive at their door so that they’re overwhelmed with colorful, sweet-smelling surprises. Of course, only send flowers to those who like them. Some people might appreciate a potted plant more or may not be keen on receiving any kind of vegetation.

Send Something Edible (or Drinkable)

For those who don’t like flowers, something to eat or drink can be an awesome alternative. Cakes and other sweet treats are a popular choice to send to someone in the mail. They’re easy to send and have them arrive intact, and there are plenty of options to explore. Sending something to drink is also a fun idea, whether it’s a bottle of bubbly, a six-pack of a fancy craft brew, or something non-alcoholic. When you send something to eat or drink, it can be savored or over time, or it could be something indulgent to eat right away.

Have a Netflix Party

Watching TV and movies with your friends can be one of the most enjoyable things to do with them, but it’s not as easy if you’re not in the same location. However, it’s still perfectly possible for you to watch something together. Use an extension for Netflix, such as Netflix Party, which allows you to sync up your Netflix viewing. You can watch the same thing as someone else without having to be in the same room as each other. And you’ll still be able to get all the pleasure of watching together, whether you want to gush about or rip apart whatever you’re watching.

Book Something for the Future

It’s not always easy to make plans for the future right now. You’re not sure when things might open back up, and things will go back to normal. However, booking something fun to do for later in the year or next year could be a great way to make someone happy on their birthday. If you don’t want to commit to paying for anything right now, there’s always the option of making a promise, even if you don’t set anything in stone just yet.

If it’s safe to spend time together, maybe with someone you live with, you might want to go somewhere. However, going somewhere crowded might not be at the top of the list of things that you want to do. As an alternative, you could go somewhere more remote, where you have plenty of space and fewer people. Camping could be a great idea if you enjoy the outdoors. You can set up camp and sit around a fire in the evening without being disturbed by others.

Have a Wild Night In

When going out isn’t on the agenda, staying in is another option. It will allow you to have plenty of fun without going out in public and rubbing elbows with other people. You can craft your own night in, whether it’s a girly sleepover, a nerdy film night, or just an evening where everyone gets very drunk. It’s a good way to celebrate someone’s birthday without having a wild night on the town but still having fun.

Socially distancing during a birthday doesn’t have to be boring. Cheer someone up by helping them make their birthday memorable.