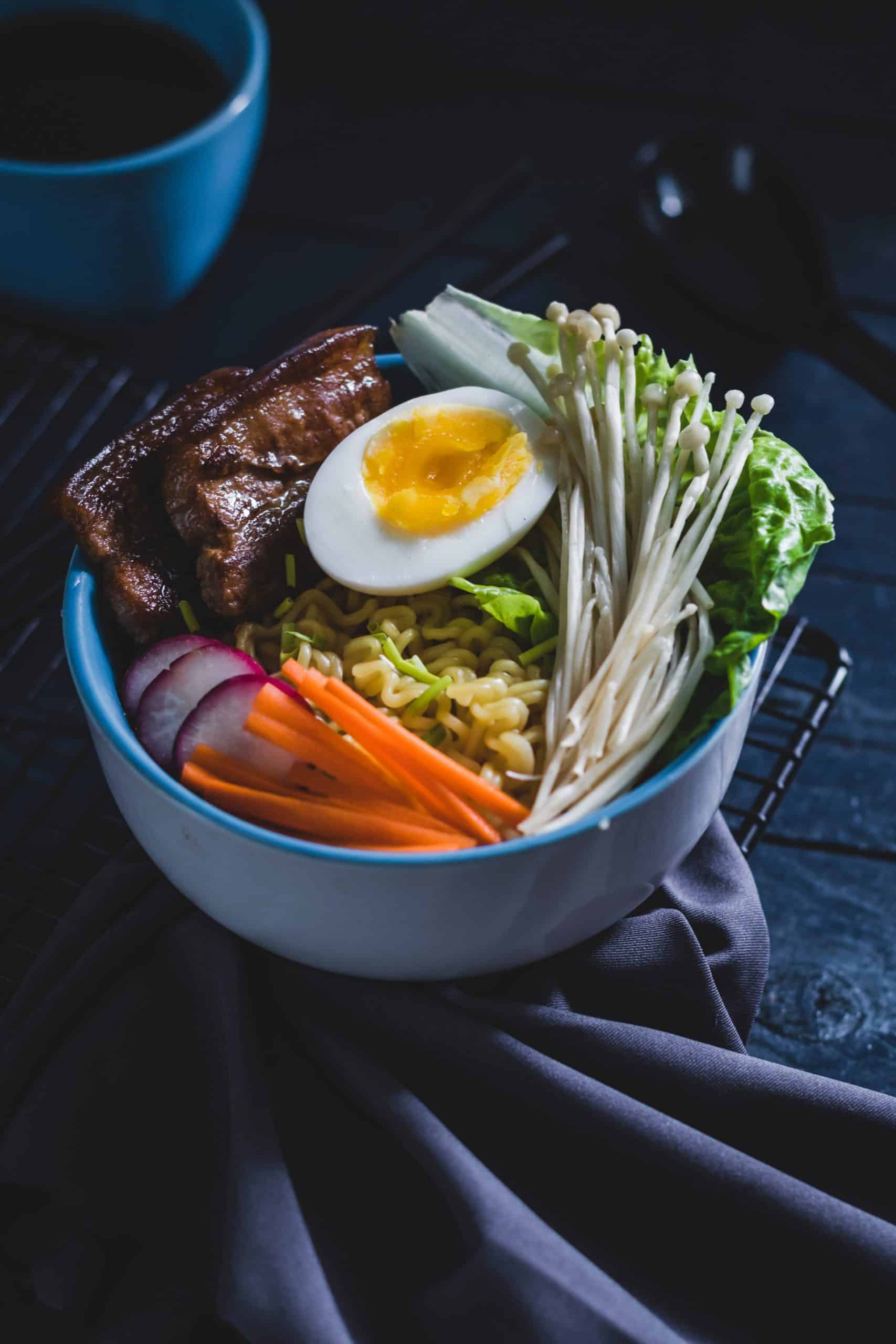 The Strange Tale of the Enoki

Enoki, also know as Enokitake (Flammulina velutipes), mushrooms are trending in culinary circles for many reasons. They are delicious, cute, and, thankfully, becoming more widely available. The long straw-like pure white stalks with teensy button tops add fun and flair to a dish. Like many mushrooms, enoki are also highly nutritious. Enoki mushrooms have an odd cultivation history, as well, contributing to their unique character.

Rich in vitamins, minerals, and healthy amino acids, enoki are a great addition to the diet. They are low in cholesterol, high in dietary fiber, and full of antioxidants.

One hundred grams of dry enoki mushrooms provide 346 calories, of which 53% is carbohydrates, 26% is protein, 26% is dietary fiber, and 3% is fat. Vitamins and minerals found in enoki include niacin, calcium, iron, potassium, and riboflavin.

In addition to culturally specific uses, enoki mushrooms are currently being studied as a potential cure for cancer. And, they’ve shown great promise! The interest in enoki as a cancer treatment was prompted by Dr. Ikekawa, a scientist in Japan, who noticed that the residents of Nagano, Japan were less likely to develop cancers as compared to other provinces. Nagano is the center of enoki cultivation in Japan, and it is a big market.

Since Dr. Ikekawa’s initial curiosity, numerous studies have been done showcasing the potential power of enokis. A  2009 study in which rats infected with HPV were given an enoki extract showed the rats ingesting the mushroom were 60% less likely to develop tumors. Further studies are being done to determine precisely how the immune-modulating activity of enoki mushrooms works.

The wild version and the cultivated version are the same mushroom, but with different growing techniques. Wild enoki mushrooms are brown and stocky, without much of a stem, if any. They grow in overlapping clumps on the side of dead and decaying conifer trees. Enoki mushrooms are widespread in the wild around the world.

The cultivated version of enoki is needle-thin, with a long, spindly stem, and is pure white. Centuries ago, Japanese mushroom cultivators discovered an interesting phenomenon. When enoki mycelium was placed in a long-neck bottle and placed in low-light, the mushrooms grew tall, thin, and white. A huge benefit to this growing process is simpler harvesting and an increased shelf life.

The traditional Japanese method to eat enoki mushrooms is to include them in a soup. They can also be sauteed, stir-fried, or fried. Enoki mushrooms are sold in bunches, usually with the base still holding all the strands together. These mushrooms can be cut up into smaller strands or cooked as they are, simply cut off the base-end first.

Enoki flavor is mild and benefits from caramelization or inclusion in a stronger dish. Their thinness likens them to delicate noodles when cooked. In fact, multiple enoki strands can be twirled on a fork like pasta, giving them a familiar feel even when they are new to the consumer.

As Enoki mushrooms grow in popularity, growers are popping up in places other than Japan. Currently, in the US, enoki mushrooms are found in gourmet and high-end grocery stores, Asian markets, and even some conventional supermarkets. Keep an eye out for these cute-as-a-button mushrooms, and discover the wonder of the enoki.