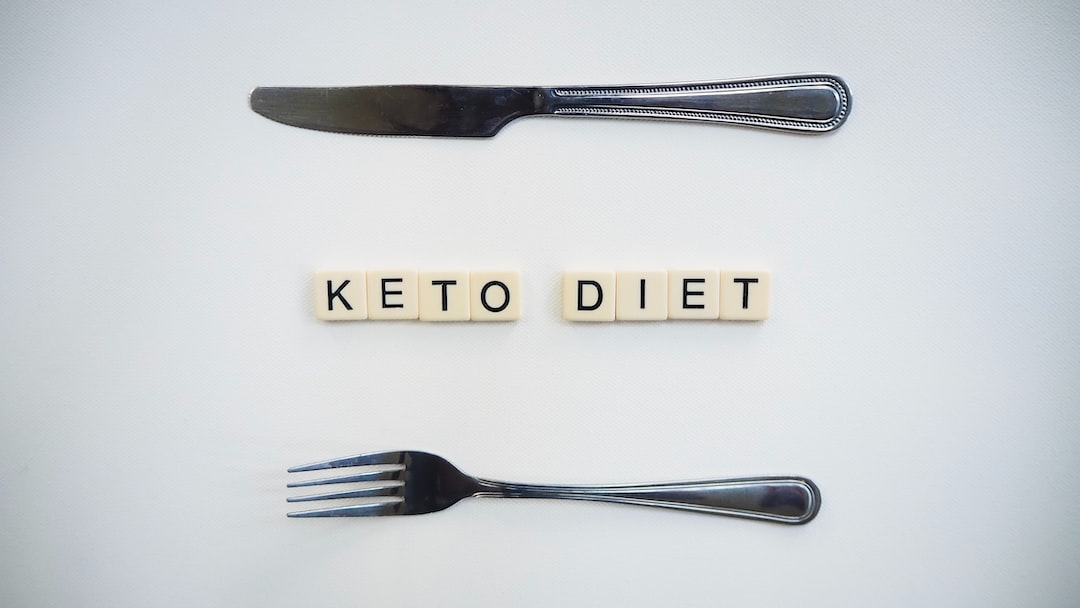 Most people on ketogenic diets are using the metabolic hack as a way to lose weight by burning fat. In fact, it is probably the most effective dietary-based way to do just that.

No other diet can claim the amount of fat burning potential from a nutritional intervention than that of the ketogenic diet.

As a result, the diet has become very popular with people trying to burn fat without adding extra physical activity. While adding additional exercise would increase the ability to burn more fat, it is also possible to enhance ketosis to do that as well.

At a basic level, ketosis is just a switch in the fuel source your body uses. Without enough carbohydrates coming from your diet, and once you’ve burned through your body’s own storage, your body starts making ketones from the fats you eat and from burning your current body fat.

Ketones become the new fuel source for the body and humans are evolutionarily adapted to using them when carbohydrates are not available.  It also means that your body is burning its own stores of fat between meals and while you sleep.

The most effective way to lose weight by burning more fat while on a ketogenic diet is through exercise. However, whether due to physical limitations or dislike for physical activity, this is not always a preferred option.

For these people, one needs to look at other ways to enhance ketosis in order to lose more weight.

The first and most obvious way is to virtually eliminate all carbohydrates from the diet.  While it is theoretically possible to survive without eating any carbohydrates, carbs are present at some amount in almost everything edible, thus making a “zero carb diet” virtually impossible.

However, even without eliminating carbohydrates completely, there are still ways to enhance ketosis.

Ketosis is a very complex metabolic process. While this can make it difficult to understand at a biochemical level, it also gives us many opportunities to enhance ketosis by targeting different aspects of the process and optimizing them for long-term fat burning.

Many of these opportunities are known to science as a result of research into metabolic disorders, such as diabetes, and associated hormones like insulin.

Although this article is too short to go into the biochemical relationship between insulin and ketosis, in very simplistic terms, decreasing insulin will enhance ketosis.

Diabetes research has shown that there are four aspects of diabetes management that can be used to enhance ketosis: affecting glucose utilization, minimizing glucose production, suppressing carbohydrate absorption, and suppressing glucose reabsorption.

Much of this research started as ethnopharmacology or the use of medications based on bioactive compounds in plants used by non-Western medicine, such as scientific research into Traditional Chinese Medicine herbs, Ayurvedic medicine and other botanically based medical interventions.

In learning how these botanicals were used to treat metabolic conditions for centuries in other cultures, Western science was able to identify exactly what physiological effects they had and how to harness those to treat diabetes.

Luckily, we can also use that same evidence to enhance ketosis.

One of the ways to decrease circulating insulin, and thus enhance ketosis, is by removing glucose from the bloodstream. As discussed previously, exercise is the best way to move glucose out of the blood.

When muscles are used, they use their own stores of carbohydrate as well as draw glucose out of the blood in order to power their movement.  The net effect is to decrease circulating glucose, which in turn, decreases the amount of insulin the body releases into the blood.

Also discussed previously, you can enhance ketosis without exercise as well.

One of the problems with diabetes, is that the body becomes insulin resistant.  Even with normal or high insulin levels, the body cannot use the insulin to transfer glucose into the muscles so it can be used.

A way to overcome this problem was to use botanicals to help increase the body’s ability to move glucose into the muscles without the need for additional insulin.  While this resistance to insulin isn’t a problem with non-diabetics, this process can still be used to pull glucose out of the blood and into muscles for use for those in ketosis.

By activating this pathway in someone already in ketosis, the blood glucose levels drop and insulin levels are lowered as a result.

There is a second aspect of this that is relevant to the ketogenic dieter as well.  The same pathway used to transfer glucose into muscles cells for use, also helps move glucose into adipocytes (fat cells) for longer-term storage by converting to fat.

Although useful for diabetics by removing glucose from the blood, it hurts the ketogenic dieter. The goal of weight loss is to burn fat, not add to it.

There are two main ways to do this with botanicals.  The first of these is adenosine monophosphate-activated protein kinase (AMPK), which is one of the metabolic regulators in your body that controls energy usage at the cellular level.

AMPK activation adapts rRNA synthesis away from a growth and storage state toward energy production and release state. In short, activating AMPK stimulates the body to burn more fat and decrease energy storage as new fat or glycogen.

The second is something called peroxisome proliferator-activated receptor (PPAR), which regulates gene expression.  There are multiple subtypes, but subtype α and γ are the two most important ones for ketosis.

The two main functions of PPAR-γ are to up-regulate genes that code for lipid uptake and adipogenesis (maturation of fat cells) and increased transport of glucose into the muscles for use as energy, thus removing glucose from the blood stream and decreasing the amount of insulin the body needs to produce.

The interesting thing about Honokiol, the PPAR-γ partial agonist in Herbal Adjunct’s ketosis formulas, is that it makes lipids and glucose available for use as energy, but does NOT lead to excess energy storage as new fat.

This adipogenesis is the primary drawback for using PPAR-γ agonists for the treatment of diabetes, as many patients end up gaining body fat while taking them.

On the other hand, the lack of this trait is very important for ketosis, as you still reap the benefits of PPAR-γ agonists, but without the drawback of fat storage.

One source of glucose that doesn’t come from the diet is the liver.  Through a process called gluconeogenesis, the liver is able to make glucose from other chemicals in the body.

The goal of decreasing gluconeogenesis in diabetes management is to control circulating blood glucose.  In ketosis, the goal is only to reduce glucose not coming from the diet.

Reduction is an important term, because your body needs glucose to function and if gluconeogenesis is the main source of glucose (with limited dietary sugar), we don’t want to suppress it too much.

Instead of limiting enzymes responsible for gluconeogenesis, it is better to use communication pathways, such as AMPK, which tell the liver not to produce glucose.

As you can see, AMPK activators play a multifaceted role in enhancing ketosis. This helps reduce the internal production of glucose so that the ketogenic dieter only needs to worry about the amount of glucose entering the system through the diet.

This is the biggest intervention we can make while trying to enhance ketosis, primarily because it is also the largest source of carbohydrates our bodies have access to.

The first of these targets can be affected by the use of starch blockers (also known incorrectly as carb blockers). Botanicals with these properties have been used for centuries in ethnopharmacology, and are still used today.

The second target is affected by botanicals called α-glucosidase inhibitors.  These too have been used for centuries, although we are only finding out now WHY they are affective for glucose/insulin control.

Finally, the last group of botanicals stop sugar molecules from being transported from the intestine into the blood by inhibiting sodium-glucose linked transporter 1 (SGLT1).

As you can see, stopping glucose absorption goes far beyond just stopping starch from being broken down.  In fact, there are three areas we can impact with botanical extracts.

Using any or all three of these targets decreases how high the blood glucose levels get post-prandial, therefore decreasing how much insulin is secreted. Any of these can be used to enhance ketosis.

While all of these interventions decrease carbohydrate processing and insulin surges, they are only as important as the amount of carbohydrates in the diet.

When you are on a ketogenic diet, you aren’t eating a lot of carbohydrates anyway. However, these targets become very important when carbohydrates are introduced into the diet.

This is especially important for those that have “cheat days” on the ketogenic diet. For these meals, one can target all three of these areas and minimize the impact the carbohydrates have on ketosis through the use of botanicals.

During normal physiological conditions, almost 100% of glucose passing through the kidneys is reabsorbed and remains in the blood.  When blood glucose is high, such as with diabetics, sodium-glucose linked transporter 2 (SGLT2) will stop transporting glucose back into the blood and let it escape into the urine.

By using an SGLT2 inhibitor, the ketogenic dieter can basically urinate out some of the circulating glucose.

By using a botanical that targets SGLT2 around the same time as glucose enters the system (e.g., during meals), you can decrease the total amount of glucose in the system during the post-prandial time, so it is highly effective at reducing overall blood glucose levels.

As you can see, there are multiple ways botanicals can enhance ketosis.  Some work primarily at the time glucose is ingested at meal times, which are even more beneficial during “cheat meals” when the dieter consumes carbs outside of the ketogenic diet.

All of these make ketosis more effective in regards to fat burning and the level of weight loss that can be achieved without increasing the amount of exercise or physical activity.

All questions sent to Q&[email protected] will be answered by a Certified Ketogenic Nutrition Specialist for the most accurate information possible.