Destiny 2 Returning Exotics in Season of Opulence. Bungie shed some light on the upcoming Destiny 2 Season of Opulence. According to its newly minted teaser trailer and content roadmap, the final block of Destiny 2’s annual pass will feature several new and returning Exotics, a new raid called the Crown of Sorrows, and a six-player matchmade PvE activity called the Menagerie. The season will also bring back the Solstice of Heroes and Iron Banner events, and introduce a mysterious new activity called the Penumbral Chalice. 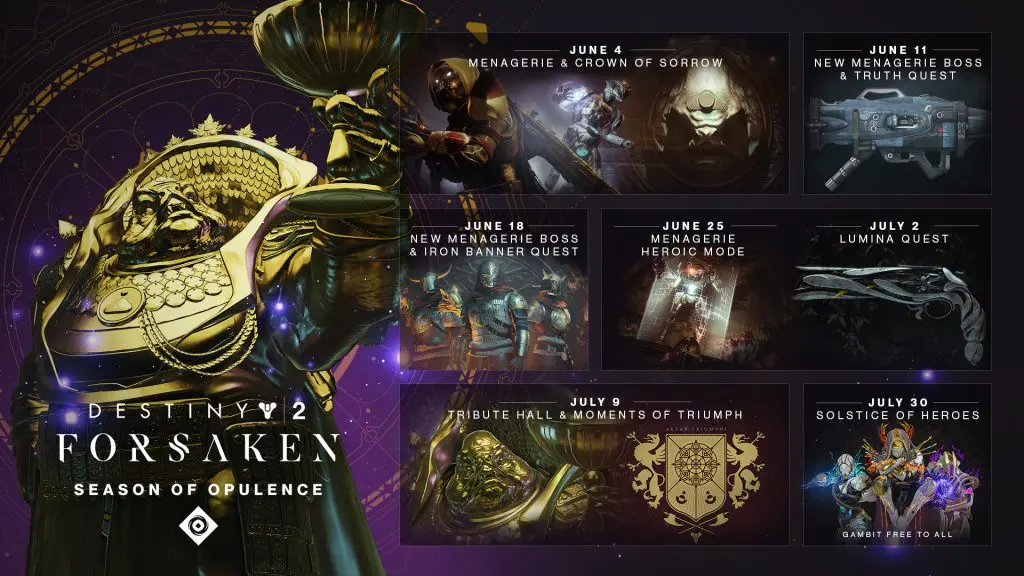 Let’s take a closer look starting with the Exotics. The Destiny 2 Season of Opulence roadmap confirms that Truth, an Exotic rocket launcher from the original Destiny which fires missiles with extremely aggressive tracking, will be added through an Exotic quest on June 11. On July 2, a new Exotic hand cannon called Lumina will get a quest of its own. Lumina looks to be the final version of Rose, a sister hand cannon to Thorn which has long been rumored to be part of Opulence. Tower bot Benedict-44 will be the main vendor for the  season, so he’ll likely play a part in these quests. 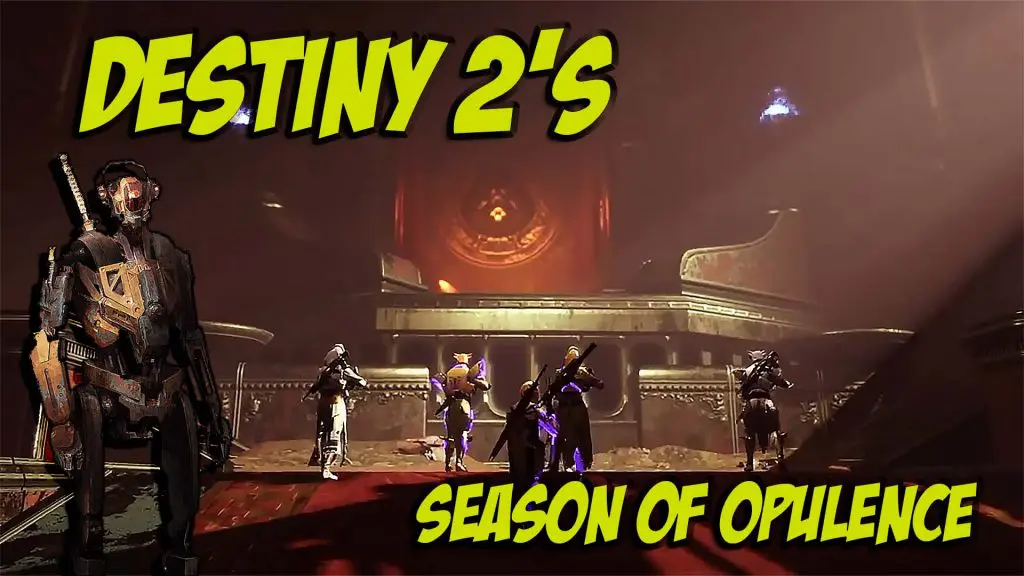 To add to that, the hand cannon shown at 0:46 in the Season of Opulence trailer looks a hell of a lot like Hawkmoon. An old Exotic hand cannon from Destiny. It’s got some new bling and it’s missing the iconic talon below the grip. In the same vein, the Warlock helmet shown at 0:10 in the trailer is the spitting image of the Astrocyte Verse. Another Exotic from the original Destiny.

That said, judging from the Menagerie equipment gallery viewable here. These are probably Legendary versions of old Exotics repackaged for Destiny 2. Much of the Menagerie’s gear seems to be styled after Destiny 1 Exotics. The Young Wolf’s Howl sword to the Khepri’s Sting Exotic gauntlets. Destiny 2 returning Exotics hopefully are what we think thay are. So rather than Hawkmoon, the hand cannon seen in the trailer is likely a Legendary nod to the original. The same is likely true for the Astrocyte Verse lookalike, as well as many others.

We’ve already heard a fair bit about how the Crown of Sorrow will work. Though Bungie’s obviously keeping the raid’s actual mechanics under wraps. The Menagerie is the star activity of today’s reveal. Bungie described the Menagerie as “a new six-player matchmade activity” set in the Leviathan. The trailer looks a lot like the Blind Well and Destiny’s many other horde modes. It’s got dudes to shoot, bosses to melt, and loot to collect. That last bit is probably the most exciting. It sounds like the Menagerie will feature a more direct, actionable grind. Than the Reckoning.

Players who best the Menagerie, will use the Chalice to create an offering of runes. In exchange for the specific weapons and armor that they seek. Bungie said in a blog post. Over time, Guardians will be able to upgrade the Chalice to acquire more plentiful and powerful rewards.

Additionally, the Menagerie will add a new boss on June 18, and a Heroic version on June 25. The Heroic version will feature a higher Power level (likely 750, the new cap in the Season of Opulence). With greater rewards, and unlike the normal version, it will require a pre-made fireteam.

BUNGIE SAY “AS WE PROGRESS THROUGN THE SEASON, MORE MORE CONTENT WILL COME TO LIGHT”.

Destiny 2 returning Exotics. Bungie says that “as we progress through the season, more content will come to light. New Quests will be uncovered, leading to Exotic gear in the new DLC. The Tribute Hall and Moments of Triumph become available to explore and complete. Solstice of Heroes brings a time of celebration. New rewards and surprises in store. Season of Opulence will start on June 4. Expect to see some more new stuff in the next Bungie ViDoc.

A previous leak suggested the Menagerie will play like an escape room horde mode, so it’s running and gunning may be very literal indeed.