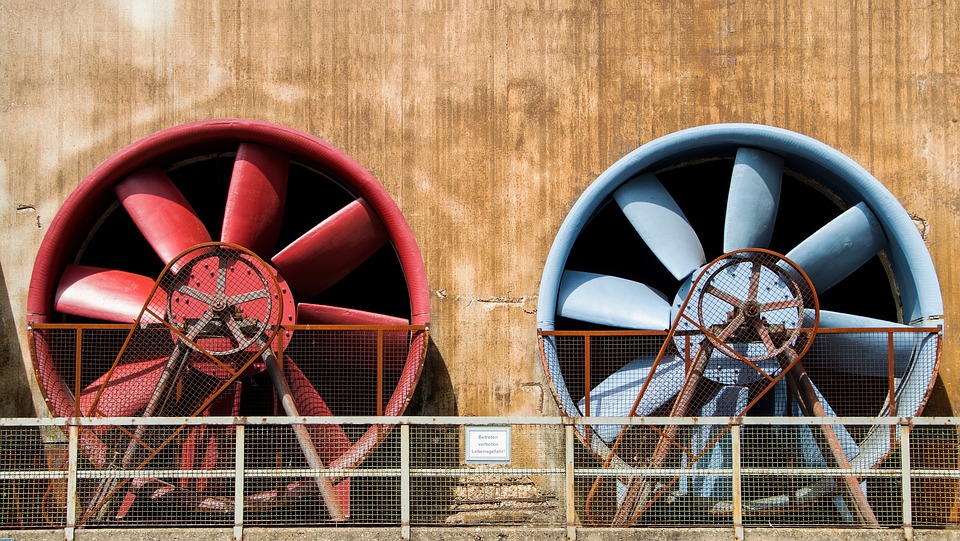 To enjoy boating, you don’t need to know how to repair every item onboard. But there is one device that you definitely need to know how to replace—the boat’s impeller. There’s no need to worry if this is new to you. We’re going to give you an overview of boat impellers and walk you through the process of removing an old one and installing a new one.

What is an Impeller?

Before owning a boat, you were undoubtedly familiar with a propeller, but an impeller is probably a different story. Like a propeller, an impeller functions by rotating around an axis. But a propeller uses its rotation for propulsion. It generates forcing by pushing against the water.In contrast, an impeller’s first job is to draw fluid inside a pump. So, you can think of a propeller and an impeller as primarily working contrary to each other. You can find impeller pumps throughout a boat performing numerous functions. For example, they help move oil as well as water. You’ll find one in the bilge pump, but the one that you’ll most likely encounter is the one inside the boat’s water pump.  Their low-key design means that engineers can create both small and massive impeller pumps depending on the job. Fortunately, they’re also simple to maintain. Impellers are made of different types of rubber, such as neoprene and nitrile. Nitrile impellers are for bilge pumps and fluids with a petroleum base. Neoprene impellers work in the engine’s cooling system. They’re not used for highly contaminated water, as are nitrile impellers.

How Does an Impeller Work?

What Causes an Impeller to Fail?

The lack of use is one of the primary reasons that an impeller fails. When idle, an impeller is doing two things that shorten its lifespan—it’s drying out, and it’s holding a position where some of its vanes are under greater stress because they’re pressed against the cam.As with any mechanical part, impellers are subject to fail due to old age. But some impellers age faster than others due to unusually aggressive usage.  Other impellers may fail because of debris in the system. For example, operating your boat in sandy water can shorten your impeller’s life. Those tiny bits of sand act like sandpaper against the rubber vanes.Now imagine thousands of sand particles moving at high speeds striking the impeller over and over again. That impeller won’t last as long as one that’s used in relatively clear water.

What Are Signs That You May Need to Replace Your Impeller?

If your impeller has remained non-operational for several months, it may be time to replace it. It’s not mandatory, but many boat owners play it safe and install a new impeller with the start of the season.Pay close attention to the engine’s temperature. Do you notice it operating at a higher temperature than normally? That could indicate that the impeller is failing and diminishing the capacity of the cooling system. A visual inspection of the impeller will give you your strongest clues. It’s not uncommon to see impellers with missing vanes. And those that are still intact may show signs of extreme wear. You may see cracks throughout the vanes. The impeller may also be dry and hard if it has sat idle for an extended period. Also, the vanes may not be straight. They lose their elasticity after holding an unnatural position for months. They’re literally bent out of shape.

How Long Does an Impeller Last?

You’ll often hear the advice to check the impeller after every 200 hours of operation. That’s just a general rule of thumb. You’ll want to adapt that advice according to your circumstances.Some people have used the same impeller for years. But they can suffer damage so easily that other boat owners maintain strict rules about replacing them, such as once a year.

How Can a Failed Impeller Damage Your Boat’s Engine?

When impellers fail, engine temperature can reach a critical level. Gaskets can bake, and engine blocks can crack. It’s sobering to keep in mind that overlooking the regular maintenance of an inexpensive impeller can result in junking an entire engine.

Is Replacing an Impeller Difficult or Time-Consuming?

It generally takes less time to replace an impeller than it takes to watch your favorite sitcom. And it’s far better to replace it when you have plenty of time and daylight rather than when you’re under pressure at night in the middle of the lake.Often, the most challenging part of the replacement process is gaining access to the pump. In extreme cases, you may have to remove the pump so that you can work. But if your pump isn’t in an overly crowded area, replacing the impeller will be one of the most straightforward repairs that you can make.

Is Replacing an Impeller Expensive?

First of all, remember that the cost of an impeller is far less than the cost of replacing or overhauling a damaged engine. In fact, you probably paid many times more for the beverages you keep onboard than for what an impeller will cost.

How to Replace Your Water Pump Impeller

Replacing a water pump impeller isn’t complicated. It’s only a matter of following steps. If you routinely make minor repairs to your home or automobile, you shouldn’t find replacing an impeller difficult.

Do you already know the appearance of the inside of your pump? If not, check your manufacturer’s site for diagrams and photos. You need to know how the impeller is held in place so that you’ll understand which tool you need to use to remove it. Don’t begin until you’re sure that you have everything you need to complete the task, such as the following:

Close the water intake.Remove the pump’s cover screws.  If the screws are seized, you can use your favorite penetrating oil to loosen them, but apply it carefully. You want the oil to stay on the screws and not escape to other parts of the pump where its powerful chemicals can damage soft gaskets and seals. Take off the cover. Slowly and carefully pry it loose to avoid damaging the pump. The shoulder of the housing isn’t a hard material that can withstand brute force. It’s often a soft metal, sometimes plastic. If you exert pressure using your screwdriver as a lever and the shoulder of the pump housing as a fulcrum, you could compromise the contour of the housing. The damage can leave a dent that creates a gap between the housing and the faceplate that allows for an unrestricted flow of air and water. Air could enter the pump, and water could leak out.Water from the hoses may flow out when you remove the plate. That’s normal. You may also see coolant if you winterized your boat, and this is the first time this season you’ve accessed the pump. Remove the gasket. It’s likely that the gasket is either partially stuck to the cover plate or to the pump. Remove it thoroughly. Account for all of the gasket. You don’t want loose particles floating freely. Remove the impeller using a special impeller puller or regular needle-nose pliers. The puller will perform the job quickly, but the tool is a bit pricey.  If your pump uses C-clips to grip your impeller, you’re going to want to get C-clip pliers. If your impeller is simply nestled into a slot on the shaft, you should be able to remove it with regular needle-nose pliers. Find any missing pieces. Not only will you need to replace the impeller, but you’ll also need to recover all the broken pieces of the impeller. Those free-floating bits of trash may seem insignificant but can cause significant problems when they get stuck elsewhere in the cooling system.

Cover the surfaces with a lubricant, such as glycerin. Apply lubricant to the cover plate and the interior of the pump, including its rear wall and shaft. Having a lubricant on the shaft increases the likelihood that the impeller will be easier to remove the next time you replace it. Glycerin is safe, inexpensive, and easy to obtain, but some people insist on using other lubricants such as petroleum jelly, which you may know by its trademarked name Vaseline. Others choose silicone. The most controversial is petroleum jelly.Glycerin and silicone don’t eat away at the impeller, and they don’t clump as does petroleum jelly. Nitrile rubber is resistant to petroleum-based fluids but not neoprene rubber. And the odds are that your impeller is made of neoprene. Nevertheless, you’ll find boat owners who have used petroleum jelly for years. So, it still comes down to an individual preference. Choosing a lubricant may seem like a minor detail, but your decision could have consequences later. Lubricants protect the impeller on start when it’s running dry. Impeller pumps prime themselves. They use the same water they pump to keep themselves continuously lubricated. But on the engine’s first start of the season, the water that will cool the motor needs time to reach the impeller. So, the chemical lubricant that you apply is crucial.

Getting the New Impeller to Fit

Compress the vanes of the impeller with your fingers and then insert the impeller. Some people may have trouble holding the vanes down while inserting the impeller. If that’s your case, try using a rubber band or a zip tie to squeeze the vanes. Once you’ve positioned the impeller, you can remove the rubber band or zip tie with pliers. The vanes are flexible so that they can work properly regardless of the directional spin of the pump. So, it’s not mandatory that you install the impeller with its vanes pointed in the direction of the pump’s primary rotation.Sometimes when you remove an old impeller, you can see evidence of its flexibility. Not all of its vanes might be pointed in the same direction. Some may be showing evidence of the effect of the engine’s backspin just before shut down.

Examine the faceplate for signs of wear. You can get double usage from some faceplates by turning the worn side away from the pump. However, most are not capable of performing double duty. They have one distinct working side and another side reserved for manufacturer identification markings. If you do re-use your cover plate, now’s the time to give it a good cleaning. You want to remove all traces of grit and grime but without harming the plate.Put your new gasket on the faceplate, matching the openings in the gasket with the face plate’s screw holes. The gasket should work fine if you install them straight out of the box and completely dry. However, you can increase the bond of the seal with the pump by using a thin coat of commercially available products that help hold the gasket in place.Screw the faceplate into position on the pump. It’s best to tighten the screws in a cross pattern. After securing one screw, find the opposite screw on the other side of the faceplate and tighten it.Continue in this manner until all the screws are firmly set. Using this alternating method makes it less likely that you will inadvertently damage the faceplate or gasket by applying too much pressure to one side.

Here are a few additional steps you might take to make your life easier.

You now have all the information you need to successfully replace your boat impeller. Doing so will give you confidence that you can tackle other repair projects. A great way to enhance your knowledge of boat maintenance is to regularly read the helpful information submitted to our forum. And, of course, we recommend that you also take a deep dive into all of our other guides.