Always Wired? Here’s 5 Reasons Why Chilling out May Be Essential for the Success of Your Business 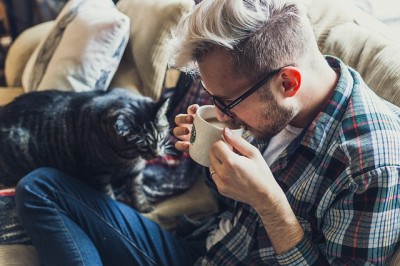 Modern entrepreneurial culture absolutely worships the archetype of the always-on manic, and half-crazed worker, who is willing to lay it all on the line, and whose bursts of creativity promise to revolutionize whatever game he or she is participating in.

If you spend any time at all checking out the kinds of motivational quotes and images that are widely spread in the entrepreneurial social media space, you’ll likely have seen a lot of allusions to ideas like “sleep is for the weak,” and “you’ve got to want to succeed as much as you want to breathe.”

By the same token, it’s extremely likely that you’ve met at least one individual in your life who really seemed to have taken the “Wolf of Wall Street” mentality to heart – and who spends all their time powering through their professional milestones, fuelled entirely by caffeine (and potentially stronger substances, too.)

But what if the best path forward isn’t always to sprint ahead in a mad, panicked burst of activity?

Since time immemorial, many different thinkers from around the world have had a lot of positive things to say about the power and benefit of balance, harmony, and calm consistency – as opposed to just pure frantic energy. And, as cultures ranging from ancient China to ancient Greece have cautiously informed us, “what goes up must come down,” and every action calls for an equal and opposite reaction.

Here’s why chilling out may be essential for the success of your business – and why you might not want to knock back several pots of espresso every day if you’re trying to put your best foot forward professionally.

People who are especially proficient at one thing or another didn’t just stumble upon that proficiency by accident, and they likely didn’t achieve it by sprinting to and fro from one activity and pastime to the next, over and over again.

Instead, their proficiency is always largely based on the accumulation of well-studied knowledge, as a result of being attentive and focused, to a degree that the average person simply isn’t.

There’s a reason why engineers and doctors famously earn very good money and are so useful to whichever society they happen to find themselves in. And that has a lot to do with the fact that they have been willing and able to study and refine their expertise in a particular field, over a prolonged period of time, in a way and to a degree that sets them apart from the average man or woman in the street.

There is certainly a lot to be said for the power of a proactive approach to professional life, and for being a broad-sighted generalist, who has had a good breadth of experience in a large number of different fields and domains.

But there’s also a lot to be said for being an expert or a specialist in a given area – and developing specialized knowledge, skill, and insight is a matter of calm focus and concentration.

Thanks to the Internet, it’s easier today than ever before to train yourself in a range of different subjects, in such a way as to expand your professional expertise and capabilities. You can become a Shopify SEO expert without having to take a three-year degree, for example. But in order for that to really work out, you need to be patient and considerate enough to do the work.

#2 Because being too frantic can erode your willpower, and sabotage you from the outset

In the book, “The Willpower Instinct,” by Kelly McGonigal, plenty of fascinating scientific research is delved through, in order to find just what actually goes into creating “willpower,” and why some people seem to have so much more of it than others.

One of the first points that the author makes is that “the willpower response” is more or less diametrically opposed to the “fight or flight response.” In other words, we perform the best, with regards to our willpower, when we are able to calmly survey a situation, slow down, and decide how to act, in a deliberate manner.

The “fight or flight” response, on the other hand, is that physiological state that you find yourself in when you’ve been up all night, have half-poisoned yourself with caffeine, and are racing in a mad panic to meet a deadline that is just a few moments away. It’s all about adrenaline, speed, and something a lot like terror.

When you are in a fight or flight state, you are not very reflective at all, and you’re definitely not likely to make the wisest and most sensible decisions. In fact, you are bound to be much more impulsive, easily distracted, and haphazard.

McGonigal makes a compelling argument that one of the best things you can do to increase your willpower in a hurry, is simply to slow your breathing, which will in turn help to slow your heart rate.

It should hardly need to be said that willpower is really important when it comes to succeeding in any entrepreneurial endeavor over the long term. Because any such endeavour will always require you to work when you don’t feel like it, to stay on task, and to be mindful about your own decision-making process.

Calm down, and you’ll likely find a lot more willpower than you ever knew you could have.

#3 Because although it’s good to be proactive, hasty and careless actions may cost you everything

A whole lot has been written and said about the importance of a proactive approach, for entrepreneurs who really want to make their mark and dominate in their field.

In fact, some of the leading writers on business topics, such as Jack Canfield, have made an impassioned case that “highly successful people” are successful, in large part, because they have a “bias for action.”

Constantly “doing things” in your entrepreneurial life is laudable – and can be very fruitful, too. Often, we learn a lot of vital lessons by getting started and even making mistakes, that we would struggle immensely to learn just by reading books.

Exposing yourself to the possibility of making smart and calculated mistakes – and then converting those mistakes into learning experiences – is a winner’s move. But it’s a loser’s move to be reckless and to put everything at risk due to an overly hasty and impulsive approach.

Although we don’t often like to think about it, certain careless actions really may cost us everything, in business and in life. It only takes one scandal where you fail to do your due diligence and partner up with the wrong crowd, in order to shatter your professional reputation, land you in legal trouble, and sink your business for once and for all.

The ancient Roman writer, Aesop, is well known primarily for his much-beloved fables – and probably the most well-known of those is the tale of the Tortoise and the Hare.

To summarise the story (that you’ve certainly already heard at some point) an overly cocky hare challenges a tortoise to a foot race. Predictably, the hare speeds ahead of the tortoise and is so filled with arrogant satisfaction, that he decides he’ll pause for a nap before crossing the finish line.

While the hare naps, confident in his greatness, the dogged tortoise makes it across the finish line and wins the race.

There’s a very powerful lesson in this for businesses of all sorts. Namely, that it’s not enough to have momentary bursts of productivity, motivation, and energy. You need to be in it for the long haul – and that means you need to be consistent, and turn up to work every day and hammer it out whether you feel like it or not.

Calming yourself down, and developing the right habits, is a great way of ensuring this kind of long-term consistency. Being a frantic ball of energy and nerves, on the other hand, means you’re liable to begin strong, and then drift off to do something else, burnout, or “take a nap” prematurely.

In business, as in life, it’s often the small details that have some of the most dramatic potential to turn the game around — but you’re not likely to properly notice and respect those small details if you are too highly strung and wired.

In his book, “Atomic Habits,” James Clear outlines the case study of the first British cycling team to win the Tour de France after a long period of mediocrity.

The trick? They adopted a radically different approach than the one they had previously been using, and focused on making incremental “1%” improvements each day, to small factors that others might have ignored. This even extended to slightly adjusting the outfits each cyclist wore, in order to make them fractionally more aerodynamic.

It’s noteworthy that what turned things around for them was paying attention to detail, and being cool and consistent in making their improvements.

It’s undoubtedly that they had just as much “motivation” and “drive” to win the Tour de France as anyone else, before they finally cracked the winning formula. But that energy wasn’t getting them anywhere.

If you are too hasty and fired up, you can easily miss the forest for the trees. Sometimes, pausing to consider the minutiae might make all the difference.