Most people view ACL surgery like they’re taking their car in for a new part. However, the reality is quite different. However, is there an ACL surgery alternative? Yes, meet the Perc-ACLR procedure.

What is the ACL?

Before we learn about a new ACL surgery alternative, let’s review some background. The ACL is a ligament that lives in the middle of the knee and that’s designed to stabilize the tibia (lower leg bone) on the femur (upper leg bone). It can be torn during sports or trauma and while physical therapy can help, many patients end up opting for surgical reconstruction (1). This is where the injured ligament is cut out and holes are drilled to anchor a tendon as a ligament substitute.

Is the ACL Stronger after Surgery?

No, because the ACL goes in at a steeper angle than the original and only one of the two natural bands of the ligament is commonly replaced, in many ways the new ACL is weaker and less functional than the original (2). We also know that there are significant changes in the way the artificial ligament functions and impacts biomechanics (4). For example, the position sense of the knee is altered as is the way patients land on that knee (3). These changes are likely what lead to a higher rate of ACL tearing in the opposite (non-surgical) knee after surgery (5). This is why so many patients are now searching for an ACL surgery alternative.

Can the ACL Be Repaired without Surgery? Can Stem Cells Repair a Torn ACL?

Yes, we have demonstrated ACL repair on MRI through two published studies on the Perc-ACLR procedure (6,7). What’s that? A precise implantation of your own healing cells without surgery. Hence, it’s the world’s first ACL surgery alternative with research showing before and after MRI’s that back up that it works.

First, while the Perc-ACLR procedure involves an injection (perc stands for Percutaneous), only a handful of physicians around the country have received enough training to accurately perform the procedure. Hence, this is not a procedure that can be performed at a chiropractor’s office, by a nurse, a physician’s assistant, a family or ER doctor, or similar.

Perc-ACLR is a highly precise, x-ray guided injection of both bundles of the damaged ACL with the patient’s own stem cell rich bone marrow concentrate. The goal is to prompt healing of the damaged ligament so that you can keep your native ACL with its perfect orientation, both bands intact, and all of the valuable position sense information that the ligament provides.

The procedure begins with a bone marrow aspiration where the area at the back of the hip is numbed (the patient can also be knocked out with anesthesia, but that’s usually not required). The doctor then takes a sample of bone marrow aspirate and this is processed by hand in an advanced lab to maximize the number of stem cells in the sample. That process produces high-dose bone marrow concentrate.

The doctor then uses advanced x-ray guidance and injects both ends of both bands of the ACL ligament, using contrast and x-ray to “see” the ligament. While some physicians have tried to use ultrasound for this, the problem is that the ACL ligament lives in a bony tunnel and ultrasound is not capable of seeing the whole ligament in the same way that x-ray can. The patient is then placed in an active ACL brace for 6-12 weeks. To see what this procedure looks like, see my video below: 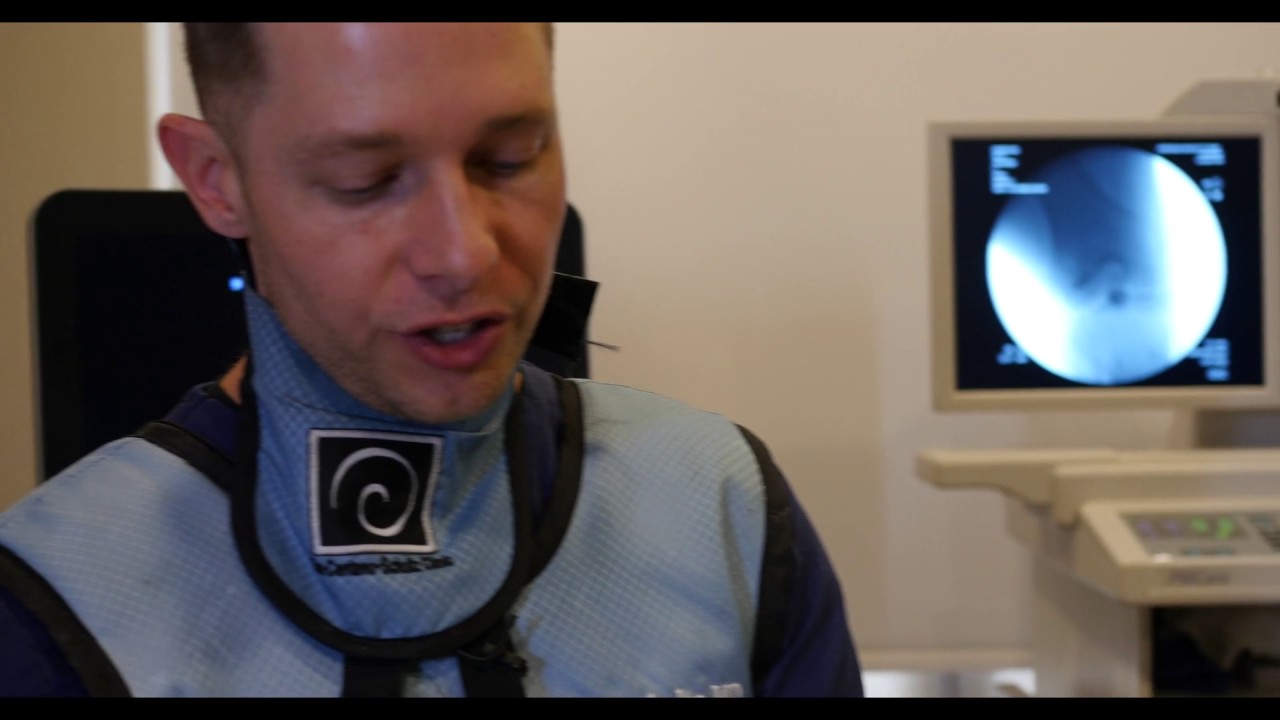 The recovery time for this ACL surgery alternative is generally about half of the time it usually takes for a surgical ACL graft to heal. For example, in a recent study, it took an average of a year to get NFL players back to sports after ACL surgery (8). That’s consistent with the fact that most surgeons now recommend that you take a full year off before returning to play. In fact, after experimenting with early return to sports at 6 months, a recent study found that only 19% of patients were able to get back to their pre-injury level of sports that fast (9).

A Perc-ACLR treated knee is usually out of the brace by 6-12 weeks (based on the stability found on your physical exam) and is back to limited sports by 3-6 months with a full return by 6-9 months. That’s about twice as fast as surgical reconstruction of the ACL. In addition, since the procedure doesn’t knock you back as far, less of your physical therapy is focused on getting back to square one and more is focused on fixing the areas of weakness that may have made you a high risk for ACL injury.

Gabriel is a weekend warrior in his late 30s who tore his ACL while playing basketball. He was unable to continue playing due to pain and his MRI showed a complete ACL tear with a “blown out” look to it. That image, three months after his injury, is above on the left.

He went online looking for an ACL surgery alternative and found our clinic. Given that we invented the Perc-ACLR procedure and have done more than anyone else, he flew from Asia to Colorado to get it done. The image on the right above shows a completely healed ACL ligament at 7-months after the procedure.

Who is a Candidate?

Not everyone with a torn ACL is a candidate for the Perc-ACLR procedure. In fact, only about 2/3rds of the patients who currently get surgery are candidates for growing the ACL back using this technique. Regrettably, just looking at your MRI report won’t tell us much as who is and isn’t a candidate is a sophisticated process looking at measurements in the knee and the size, shape, and gap distance of the tear.

To learn more about how surgical ACL reconstruction (S-ACLR) and the Regenexx Perc-ACLR compare, see my infographic below:

The upshot? The Perc-ACLR procedure is a game-changer. We’ve helped hundreds of professional, college, and weekend athletes recover from ACL tears and avoid surgery. Perc-ACLR is a credible ACL surgery alternative for many who want to avoid the long downtime and dramatic changes in their natural biomechanics that surgical procedures can produce.