A great start to the season for the Supermotoland Husqvarna junior talent team. 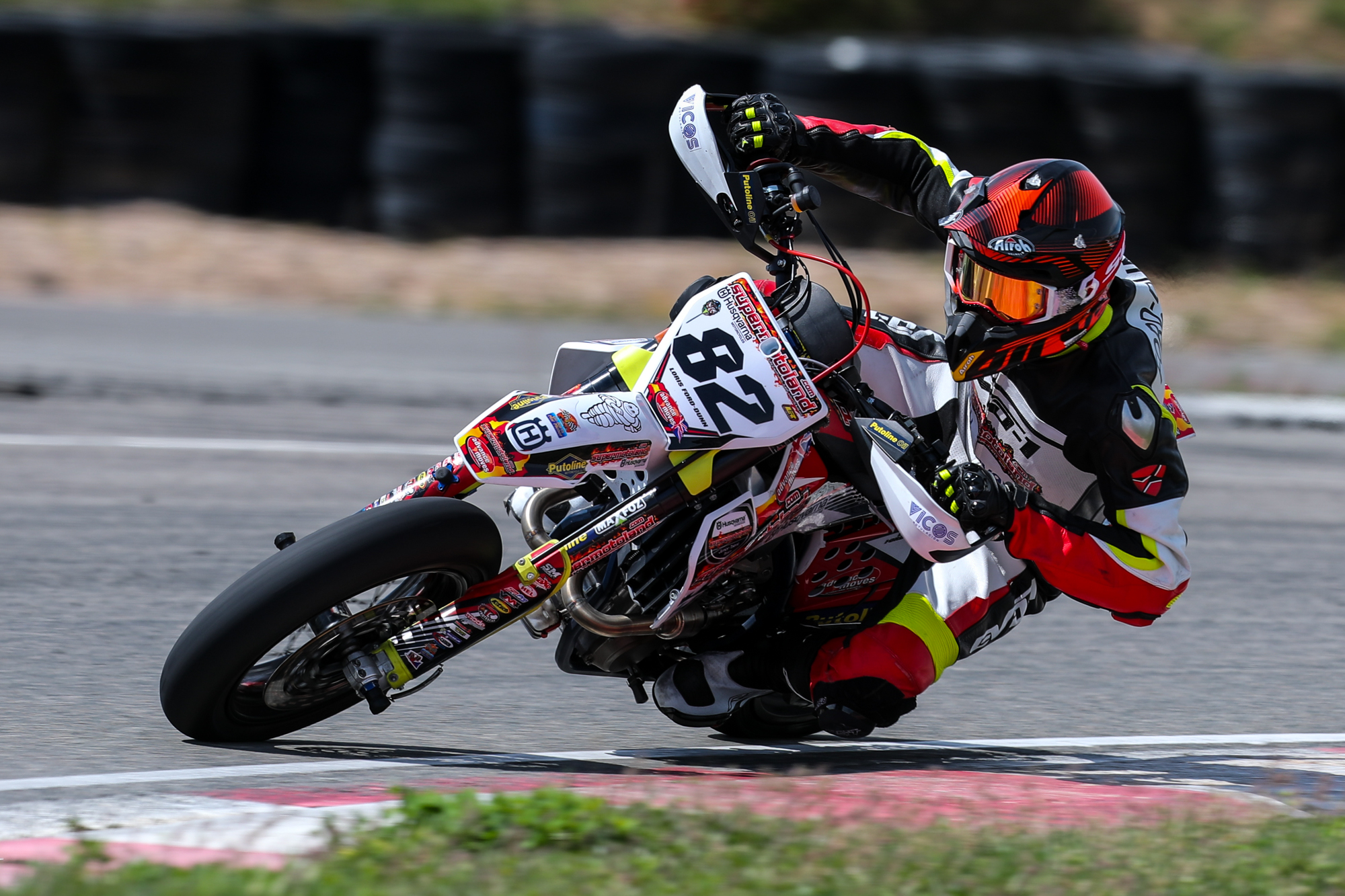 Originally Posted On: A great start to the season for the Supermotoland Husqvarna junior talent team.

The Supermotoland race school based in Spain and Husqvarna Motorcycles have teamed up in 2021 to form the junior talent team in the Spanish supermoto championship. The concept is to allow young racers from all over the world to participate in the Spanish Supermoto championship and give them continued training and support between racers to allow them to mature as racers and sustain a foothold in europe to allow them to further their racing careers.

For 2021 four young racers have joined the team. British racer Loris Ford-Dunn. Malaysian racer Khairulamirin Yahaya, American racer William McMahon and Australian racer Dominic Fletcher. With such a cross section of talent all racing and training together and with the help of the Supermotoland race school, results will start to show as the year progresses.

The first round of the Spanish supermoto championship took place on the 27th/28th March at the ultra tough Alcarras circuit near Lleida in Spain. The team had three racers present in the SM road (road only) class and the racing was fierce.

A massive thanks to the team riders who gave it their all on race day even if the results didn’t reflect the pace due to some bad starts and some crashes and collisions.

British racer Loris Ford Dunn had the best weekend by firstly setting pole position and a new lap record before finishing 3rd in race one and 7th in race two. Both races were hindered by another rider hitting him off the start and then the same rider taking him out in the 2nd race causing him to remount for seventh. Despite the incidents he knows he has the pace to win and will be back to make thing right at round 2 of the Spanish Supermoto championship.

Malaysian racer Khairulamirin Yahaya had his best qualifying position in 13th place just 1.7 seconds from pole. His races were marred by bad starts and crashes but he knows the speed is there and is determined to show what he can do at the next race. He finished a respectable 15th overall.

American racer Will Mcmahon experienced his first ever race in probably the most competitive supermoto road class in the World. It was a baptism of fire for the young American but he gained valuable race experience and pace to build on for the next round.

The team will now be in full training mode at the Supermotoland.com race school and boot camp to be as prepared as possible for the Next race in Kotarr at the end of April.

Thanks to all our team sponsors who make this happen and support our racing efforts.