A COMPLETE GUIDE ON MORTISE LOCKS, AND HOW THEY COMPARE TO OTHER LOCKS 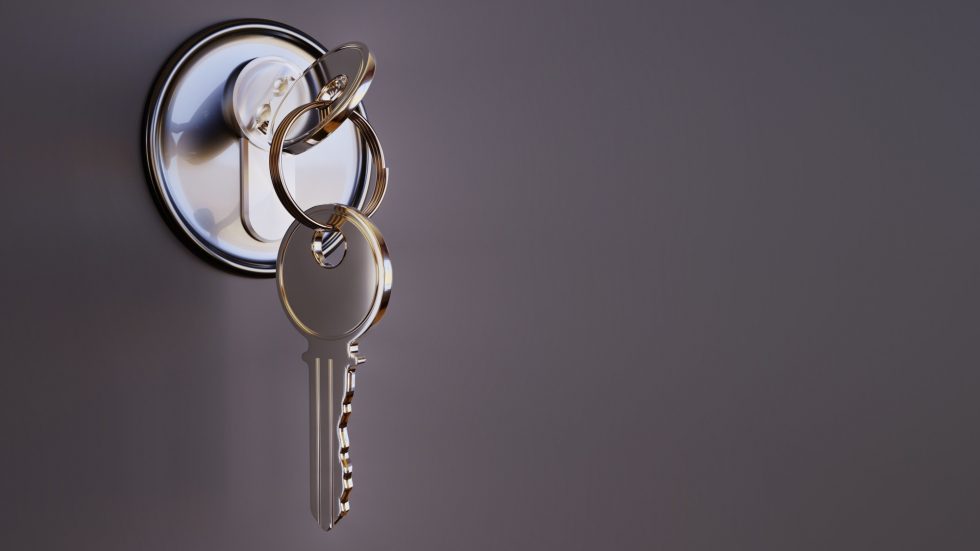 Did you ever see an old mortise lock—or the key to one—and think, wow, what a gorgeous antique lock? Or maybe you thought, that looks like something out of a children’s mystery story?

While it’s true that mortise locks have been around for centuries, even millennia. They are in widespread use today. In fact, mortise locks are still considered among the most secure locks around.

This article will look at the timeless mortise lock, its history, its construction, and its uses. It will also discuss how the mortise lock differs from its less expensive competitor, the cylinder (or cylindrical) lock.

ORIGINS OF THE MORTISE LOCK

Words and phrases that come up when you mention a mortise lock include “durable,” “long-lasting,” “complicated,” “like a puzzle, “and “mysterious.” How in the world did it ever come to have all these attributes associated with it?

It’s because mortise locks have shared features and been integrated with other types of locks throughout their long history. Thus, it can be hard to deal with them apart from the rest of locks and locksmithing throughout history.

It should be pointed out that the distinguishing feature of a mortise lock—and what makes it such a secure and sought-after lock—is that the entire lock mechanism is held in a rectangular box That box is inserted into a special pocket carved into the side of a door.

We’ll discuss more how a mortise lock operates later in this article. For now, though, let’s look at some of its fascinating history—a history that’s tightly intertwined with the history of locks in general.

Like a surprising number of today’s technologies, mechanical locks were used in the Ancient World. Complex pin tumblers made entirely of wood from Ancient Egypt were discovered in the 1800s discovered. They date to around 6,000 years ago.

During the Middle Ages in Europe, skilled English metalworkers developed the warded lock, which had a keyhole with a cylinder—a clear precursor to modern locks.

Inside were several concentric plates (wards) that blocked a key from turning unless the pattern of notches on the key matched the pattern of wards. The trouble with this, though, was that it was a little too easy to make a skeleton key.

Through the end of the Renaissance, more lock designs came forward. There were lots of innovations, but lock-picking grew into a significant problem.

A sequence of modern locks was pioneered to address this issue during the late 18th and early 19th centuries by three British locksmiths: Robert Barron, Joseph Bramah, and Jeremiah Chubb.

Each introduced a different innovation to the existing lock types. These were called mortice locks (British spelling) and patented in 1778, 1784, and 1818.

The lock patented by Chubb in 1818 would last for several decades in spite of some imperfections that made it awkward to use. It would eventually be replaced in the U.S. by a different version of the mortise lock just after the Civil War.

Following Yale’s patent, the other companies went on to integrate the cylinder lock into their own mortise lock designs, leading to more effective locks with even better security than the original.

The mortise lock has been used in the main doors of homes and businesses ever since. This was certainly true during the nineteenth century. There are a lot of antique mortise locks still in excellent condition today.

It should be mentioned that the 19th-century locksmith’s pride in his craftsmanship assured that this lock would not be just any functional piece of hardware, but rather an elegant extension of the door it secured.

Things changed for locksmithing in the years following World War II, and the mortise lock’s popularity faded for a while. With the G.I.s having returned and the economy booming, there was an urgent demand for housing.

New homes went up quickly and cheaper materials were used to build them. This included locks. The remarkably well-designed mortise lock was overtaken by Schlage cylinder locks and the brand new Kwikset system that had just been invented in 1946.

These locks were easy to install through a 2″ hole, often pre-drilled into a door. Sadly, they were even easier to foil since they could be opened with a simple ID or credit card (a problem since remedied).

The late 20th century witnessed a comeback for the highly secure mortise lock due to new interest from business and industry. It’s always a benefit that the internal mechanisms of mortise locks are easy to change for new occupants.

HOW DOES A MORTISE LOCK WORK?

As you probably can tell at this point, the internal workings of a mortise lock are quite intricate. As mentioned earlier, some people have likened them to puzzles. But, essentially, here’s what takes place when this lock is locked and unlocked.

A mortise lock does have a cylinder where you turn the key. However, what happens inside the lock is not at all the same as in a more common bored cylinder lock. The two locks can look similar on the outside of the door, though.

In an ordinary cylinder lock, the entire locking mechanism is attached to the cylinder and rods that hold the two doorknobs in place, with the latch mechanism being part of it.

So when you turn the key, it directly moves the latch bolt and deadlatch. The deadlatch prevents someone from jimmying the lock with a credit card.

With a cylindrical lock, there is a series of ring-shaped plates and tubular pieces (called cylindrical housing). The piece at the center moves the latch mechanism to and from a closed or locked position.

A pre-assembled mortise lock is installed in a rectangular pocket (the mortise) that has been cut into the side of a door using a saw with a mortise jig—usually by a locksmith.

The multiple mortise lock parts contained in the body of the lock comprise an intricate assembly indeed!

This is why the vast majority of these locks come already assembled. It takes a specially trained locksmith to assemble a new one.

The lock’s metal housing has two holes, one for the spindle that attaches to the doorknob, handle, or lever. The other hole is for the key cylinder. The spindle is fit through the door and lock body before the knob is positioned in the door.

Once the lock has been installed, all that’s visible on the outside are the keyhole and the handle, knob, or latch—which are positioned a couple of inches apart. There is a cover plate over the lock and its pocket on the side of the door.

When someone unlocks the door, a sequence of five levers inside the lock moves the latch bolt into the open position and retracts the deadbolt into the chamber. When someone turns the doorknob, pull the handle, or depress the lever, the latch recedes.

Since mortise locks often have integrated deadbolts, they lock and unlock in sync with the latches. To see photos and diagrams of mortise locks and how they operate, go to this site.

HOW DOES A MORTISE LOCK COMPARE TO A COMMON CYLINDER LOCK

So, as we’ve just seen, the common cylinder lock and the mortise lock differ in several ways. While there are different quality levels among each type of lock, the mortise lock is generally the more secure and reliable of the two.

Mortise locks cost more than twice as much to install as cylindrical locks—possibly even more, depending on the make and model of the lock. The locks themselves can cost up to a few hundred dollars for one of good quality.

By now, you won’t be surprised to know that cylindrical locks are less expensive than mortise locks—although there are some excellent quality cylinder locks on the market that rival mortise locks in cost.

HOW ARE MORTISE LOCKS USED TODAY?

Some very well restored old houses have retained their original mortise locks. Most houses today have cylinder locks, but mortise locks are becoming more common, though.

This is especially true among homeowners with heightened security concerns or who have security alarm systems. For their part, homeowners insurance companies are increasingly requiring mortise locks to be installed by their policy-holders.

Many apartment buildings use mortise locks for their units, especially in urban areas—but only those with solid doors that are thick enough to support the pockets that house these locks.

As mentioned previously, many commercial buildings are now switching over to mortise locks if they don’t already have them (some buildings have retained their mortise locks from much earlier times).

Mortise locks are integral to smart home security systems and there are self-contained smart mortise locks available now as well.

That’s right. Hotels owe the security of their nearly ubiquitous key card entry doors to the high-security mortise locks (including deadbolts) inside those doors.

Standard hotel mortise locks usually comprise a faceplate with a knob or handle, a separate key channel on the corridor side of the door, and a deadbolt unit on the guest room side.

A key card will communicate with the front desk computer to permit room entry or the card might be directly compatible with the microchip in the door’s lockset unit. Entrance capability is established at the time the key card is programmed or when first used in the door lock.

WHAT IS THE FUTURE OF MORTISE LOCKS?

We’d say mortise locks have a promising future, especially in the near term. As shown by the examples in the previous section, the physical properties of mortise locks make a good complement to Internet-connected and other digital security systems.

In all the hype about digital technologies and their capabilities, what often gets left out is the kind of hardware needed to support those technologies.

In some cases, this means good old-fashioned metal hardware like a lock—regardless of whether it’s controlled by artificial or human intelligence.

KEEPING THINGS UNDER LOCK AND KEY

We’re serious. Locks just might be the best way to secure everything important in our lives these days, give the remarkable longevity and attributes of the mortise lock compared to some of what’s currently on the market.

At the beginning of this article, we mentioned the historical and cultural significance of the mortise lock. There’s little doubt that its evolution is both longer and more intriguing than those of other pieces of hardware.

The fascination with the mortise lock has something to do with the complexity of what makes it work. But it also has to do with it being the heir to several earlier lock types—some even dating back to ancient civilizations.

Along the way to the present day, many refinements were made to what would become the mortise lock. It’s still changing too, as it becomes part of new technological trends and innovations like smart homes

And for your information, we’re a locksmith business that specializes in mortise locks among other things. We would be beyond thrilled to sell you a mortise lock and install it for you in your home or business.

We’re a new and growing business, so just give us a call if you’re interested in our services, whatever your locksmith needs might be.