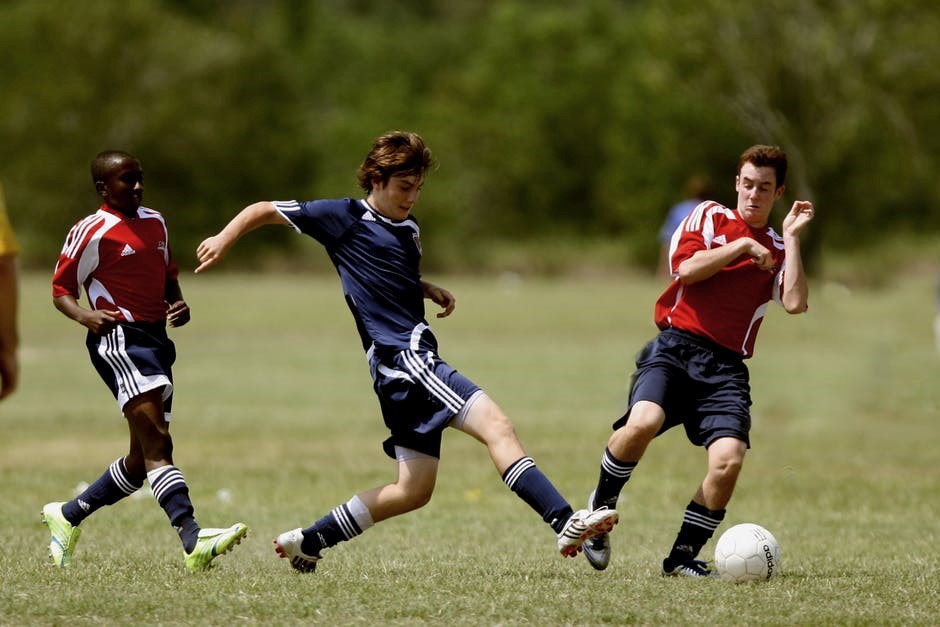 Subject yourself to 2–3 minutes of exposing your body to cooled air in a special chamber in the -200 to -240° F temperature range. The procedure is called cryotherapy, from the Greek word kryos, meaning icy cold.

Cryotherapy is not to get confused with cryogenic freezing, which is the process of preserving a dead body with liquid nitrogen. We thought we would clear that one up right away.

There is a wealth of anecdotal evidence that athletes can benefit from whole-body cryotherapy (WBC) in many ways. It leads to more rapid muscle pain recovery, reduces inflammation, and eases stiffness in joints – injuries high-level athletes experience often.

While we’re not going to define every term we use here, we need to say that we are making a loose distinction between athletes and sportspeople. Athletes follow a constant program of rigorous training, while sportspeople play a lot of sports but don’t always train or engage in sports as their sole activity.

Let’s dig a little deeper into the benefits of cryotherapy for serious athletes and why and how it could make a positive difference.

Benefits of Cryotherapy – The Science

In simple terms, cryotherapy can be thought of as working on the same principles at work when you apply an ice pack to an inflamed area of your body. It triggers and speeds up the process of healing.

We found a super-cool article on cryotherapy. It explains the differences between the ice baths known since ancient times and the modern-day whole body cryotherapy.

Cryotherapy is also known as Cold Therapy. That extreme cold stresses the body in a similar way to activities such as fasting, using a sauna, or aerobic exercise. It works on the natural response of your body at the cellular level to help it repair, recover, and protect itself. Note that there are no drugs involved: your body is doing all the work itself.

And that’s a big plus when it comes to athletes keeping in peak condition.  The famous soccer player Christiano Ronaldo and many other celebrities swear by the treatment. It has to be said, though, that some are doing it to retain their youthful good looks for longer and not to achieve peak physical fitness.

There are three main things relevant to athletes that the cold shock of cryotherapy promotes, which we have summarized below.

At the end of the dendrites on neurons – near the synapses of nerve cells, the cold promotes the synthesis of protein.  This protects our brain cells from cognitive and behavioral deficits that occur in some neurodegenerative diseases, such as Alzheimer’s, Huntington’s, and Parkinson’s disease.

As an athlete, anything you can do now to prevent degenerative diseases later in life has to be a plus.

Norepinephrine (also known as noradrenaline) is an inflammation inhibitor. Inflammation is linked to cancer and many other chronic diseases. This natural anti-inflammatory protects against this likelihood. It also helps directly and quickly when you have an inflamed area of your body due to muscle strain, or sprains on the track or field.

Based on these findings, cryotherapy is good for inflammatory complaints. Most of the evidence supports the effectiveness of whole body cryotherapy in relieving symptomatology of the whole set of inflammatory conditions that could affect an athlete.

While that is good news, the authors caution that we should remember that a few studies have reported the absence of positive effects. Cryotherapy is an innovate treatment. It will take time for a large body of research to accumulate to verify or oppose initially proposed theories about it.

Our metabolic response to super-cold temperatures is to warm our bodies in a process called thermogenesis. This heat generation produces more mitochondria, making our body’s tissues more metabolically active.

The more metabolically active our body tissues are, the more fat our bodies will burn. This is great for training where keeping your body weight down improves your performance. And all athletes tend to train to increase their metabolic rate, right?

As author Joe Cohen states in an article discussing results of a range of whole-body cryotherapy (WBC) trials, understanding the difference between function recovery and subjective study is important.

We have to understand the distinction between subjective recovery and functional recovery. People who participated in a 2014 review reported a reduction in pain and soreness (subjective sensations) due to injuries as a result of physical strain. Yet, there was little hard (functional) evidence that the tissue had repaired.

Despite similar findings in many other reviews carried out subsequently suggesting direct effects on decreasing muscle pain and soreness, some studies lend support to the claim that whole body cryotherapy does have anti-inflammatory and pain-relieving qualities.

The chief criticism leveled at such studies is that not enough female subjects have been examined in trials. Another criticism is that there are too many variables — such as age differential and the level of fitness at the beginning of therapy — among participants in the various trial group participants.

The therapy itself will adjust how cold it gets in the WBC chamber depending on your percentage of body fat and how fit you are. But as you all know, measuring fitness is a complex business.

You would think that you end up being all wet and cold, but no. The process of cryotherapy is dry.

A cryotherapy chamber is a tub big enough for you to stand in, with your neck and head sticking out of the top of it. So, you can enter it wearing loose-fitting clothes. Even if you prefer to be naked in the chamber, cryotherapy centers suggest you keep your underwear and socks on to protect your extremities from numbness.

Nitrogen vapor and/or synthetic air is used for cooling to extremely low temperatures in the WBC chambers. So you enter the chamber warm and dry and emerge a couple of minutes later cold and dry. The difference is that your body is turbo-charged to repair itself and restore your cells and tissues to peak health.

Like the intermittent fastings, saunas, and exercise mentioned, cryotherapy is a hormetic stressor.  Hormesis is the proven mechanism where stressors in small doses improve bodily function but are harmful to the body when delivered in larger doses. Hormesis bears out the general proverb that what doesn’t kill you makes you stronger.

Studies proving the theory that less is indeed more have concluded that combining exercise with whole-body cryotherapy sessions could well have a positive effect on the oxidant/antioxidant balance during sustained physical effort. A cryotherapy-plus-exercise combination could, therefore, help to increase stamina, and increase the body’s capacity for intense spurts. If you can get past the medical jargon, this account of kayakers who underwent cryotherapy while undergoing a planned program of exercise is a real page-turner!

Studies like this one reveal that there are no negative side effects to cryotherapy. The same studies lend support to its physical benefits to athletes in particular.

Yes, the jury is definitely in on this one: cryotherapy increase activity within the central nervous system (CNS). That’s your brain and spinal cord. The short version is that cryotherapy makes you more alert, and you feel more alive. What better way is there to be just before that important sports event?

If your sport involves quick movements, and reliance on sharp hand-eye coordination, you might like to add cryotherapy to your training regimen. See for yourself whether it makes a difference.  You’ll soon know because you’ll be thrashing your opponent – unless they are also on a cryotherapy program.

It is cryotherapy’s benefit to the CNS that increases your ability to anticipate your opponent better. You also develop a greater awareness of your own body while playing sport (proprioception). This gives you the biggest boost.

Some studies deny this claim, such as the widely-cited review article titled The Effects of Cryotherapy on Proprioception System but increasingly, anecdotal evidence is pointing in the opposite direction.

A scare rippled through the sports world about “deleterious effects” of cryotherapy on knee joint proprioception a few years ago. It was with some metaphorical relief that trials such as the 2018 trial conducted in Egypt on “healthy young females” concluded that “cryotherapy does not impair the proprioceptive accuracy of the knee joint or isometric strength of quadriceps muscle”. The review article also concluded that cryotherapy can be used safely during physical activities and athletic training programs.

Yes, you stay stronger for longer. A comprehensive 2017 study and others contend that cryotherapy could play a role in the post-fracture recovery of bones. It also noted that it could prevent more insidious stress fractures – any athlete’s nightmare.

The same study quoted in the previous paragraph also revealed that red and white blood cell counts improved following a program of cryotherapy. In short, your immune system gets a boost.  That means all-round feeling good, and being less susceptible to colds and flu, and the general sense of malaise that affects us as human beings from time to time.

Translate that into athletic possibility, and it is easy to see that your performance will likely improve.

This relates directly to how hard athletes push themselves. Exercise-induced muscle damage (EIMD) is one of the most frequently cited reasons athletes give for having to take a break from training.  There are now studies available suggesting that cryotherapy improves post-exercise recovery and limits or even prevents EIMD.

WBC has been shown to reduce heart rate.  That’s great, but a word of caution: it has also been shown to increase blood pressure.

If your blood pressure is on the high side, Be careful. Make sure you, your trainer and medical practitioner take this into account when considering WBC treatment.

Most good athletes have a naturally lower than average heart rate to begin with – before they ever start training, so we do not place too much emphasis on this as a WBC benefit. We are, however, going to stress the importance of having all your vital signs monitored carefully before and after each session of cryotherapy and before you even start any WBC program.

Sports medicine has begun to change its perspective.  Initially, WBC was perceived as being most useful as symptomatic therapy in the conventional sense of the word. In other words, cryotherapy was something you had if you had a problem.

Experts now view WBC as a stimulating treatment. It is capable of enhancing the anti-inflammatory and anti-oxidant barriers and counteracting harmful stimuli.

Researchers have also refined one aspect of cryotherapy. They have realized that the effectiveness of cooling depends on the percentage of fat mass you have as well as your starting fitness level.

As serious athletes, we know that no single thing is going to give us a miraculous competitive advantage. Our success comes from hard training, eating healthy foods, and getting enough rest.  What cryotherapy does do is give a boost to our general well-being.

This is certainly true of other activities we engage in, such as saunas and massages. All these various therapies contribute to the general conditioning of the body. Cryotherapy is one more that could well prevent burnout, given its particular focus on body repair at the cellular level.

Heed the adage that you should run these things by your doctor before trying new treatments. Cryotherapy is not recommended for everyone. The benefits of cryotherapy for high-level athletes, however, are potentially life-changing.

Talk to your trainers and your doctor. Try cryotherapy, recover from your injuries and strains quicker, and stay super-fit!

Carry on reading through a whole bunch of other articles here, all designed with your peak fitness and performance in mind.