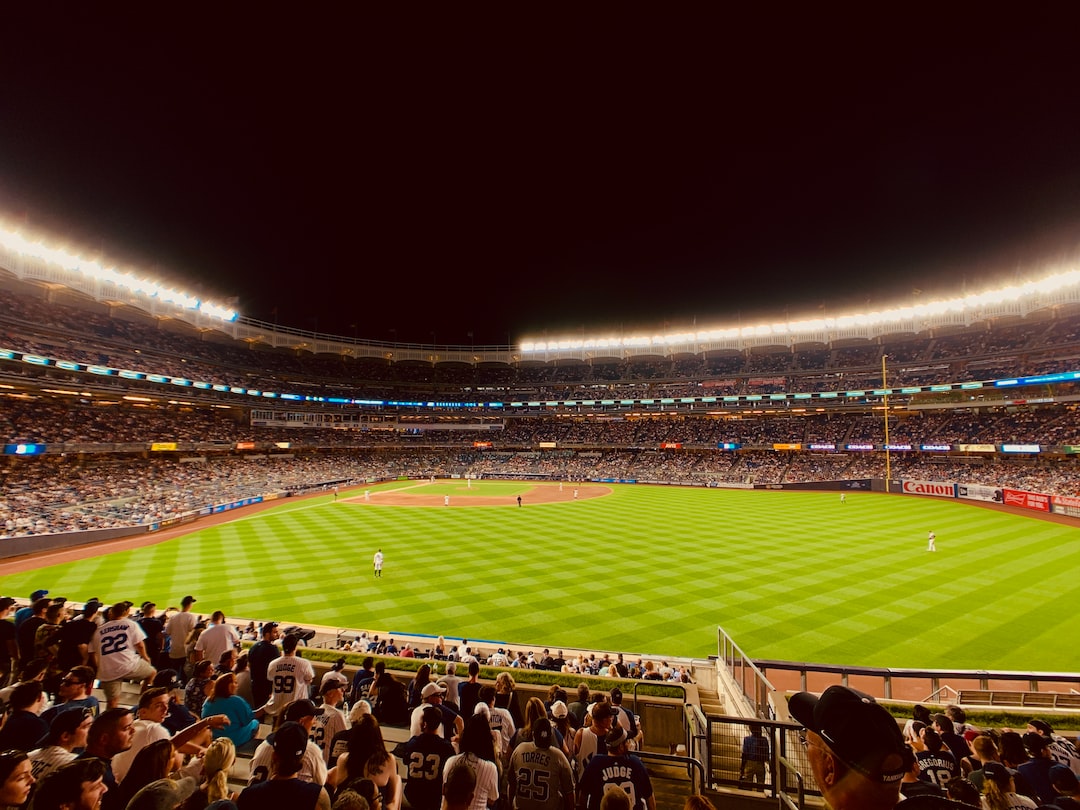 The largest stadium in the United States, Michigan Stadium, holds over 100,000 people. While Michigan Stadium is the largest, almost every town has a stadium or baseball field that requires stadium lights. These stadiums are where a majority of high school athletes and collegiate athletes play.

Lighting for these stadiums is very important; games are often held after dark or during cloudy days. Without proper lighting, it could be difficult to see the action for players and fans alike. This increases the chances of injuries and reduces the interest of fans in showing up and supporting their local teams.

When deciding which kind of lighting you want for your stadium, there are a lot of choices. Older styles of lighting, including sodium-based and halogen-based lights, dominated the market for decades. Modern lighting solutions, however, are growing in popularity and present many advantages.

There are a lot of variables to consider when planning for your stadium lighting. The size of the stadium, the number of lights, and how powerful they need to be are all concerns.

Here are seven significant advantages of using an LED system for stadium lighting.

1. They Save Power and Are Cheaper to Operate

LED lights use up to 75% less energy than older styles of lighting. This means that every minute you operate your stadium lights, you are saving money. Depending on what your stadium, baseball field, or even tennis court is used for, this can equal a lot of savings.

If a game is played after dark, lights must be on all the time. In most places, lighting can equal up to hundreds or thousands of dollars a month in associated utility bills. This can put a strain on budgets for collegiate and municipal stadiums.

While you may think that switching to LED lights is an expensive proposition, here is where the savings start to counteract the price of updating. It is not the only way in which LEDs will save you money, but the direct impact on the reduction of power used is one you will notice right away.

More than just saving money, this reduction in power allows your stadium to operate in a way that is more environmentally safe. Reducing the strain on power plants lowers the amount of carbon that is emitted. This helps to improve air quality and relieve environmental pressure.

One of the great advantages of LED lights is that they last for an incredible number of hours. Each LED light you install could last 25x longer than traditional bulbs. This doesn’t just save you on replacement lights, but also upon the manpower to change the lighting.

In many stadiums, it can be difficult and dangerous to change the lights. It requires the use of safety equipment and even in some cases, having a bucket truck on site. This can, in turn, cause damage to the field, which will require even more labor to repair.

The cost of replacing bulbs has to be factored here as well. While updating to an LED system may seem expensive, the reality is that you won’t be changing light bulbs very often. The light-emitting diodes of the LED system can last longer than 25,000 hours in some cases.

All of this will make your stadium cheaper to operate, but also more enjoyable to go to. Blown lights can scare children, cause delays, or reduce the ability of fans and players to see. If any of those things happen, your stadium will not be performing as well as it could have, had you used LED lights.

3. You Get Lighting Control

When you are trying to illuminate a game, LED lights give you greater control over the amount of light generated. In some systems, you can also control the color of that light. There are a lot of options when it comes to LED lights.

Using programmable light systems allows you to tailor responses to the game with your lights. This can help build excitement, celebrate your team, or even help to intimidate your opponents. Fans will delight if, during a touchdown, the lights sparkle with the color of your team.

This control is also good for focusing lights or reducing the lighting over the crowd. This can make the action on the field much easier to see. The attendants at your stadium will appreciate not having the glare of lights ruining their view because you will be in control of where it glares and how.

This also allows you to set up a system that slowly increases in brightness as the daylight fades. This helps to further control the energy use and cost of operating the system. LED lights are, therefore, a great way to take control of the performance or product you are offering to fans.

4. You Get Versatility of Use

LED stadium lights are a great way to diversify what you can do with your stadium. If you wish to have concerts, then LED lights are strong and clear enough; you won’t need any additional lighting. You can also illuminate celebrations, such as those held during holidays and firework events.

Increasing the number of uses of your stadium will help to increase revenue. The more income you can generate with your stadium, the more successful it will be. Providing your community with a venue for a variety of events also makes the stadium more valuable to the people who live near it.

In the old days, stadiums were the centerpiece of most communities and college experiences. Using LED lights will help you maintain that dominance or regain it from other venues. LED stadium lights can help you provide a place that will draw in more attention than ever before.

5. They’re Better for Presentation and Broadcast

If your stadium operates where a local news station is active, they will be drawn to the events there, as it is easy to televise with LED lights. The crisp, clearness of the LED light will make their broadcast look more professional.

The intensity of LED lights makes it easier for television cameras or digital devices to capture the contrast of events. This means that the ball will stand out more, the players will seem clearer, and the fans won’t look like a faceless blob.

Other events that are recorded will also look better. This can include firework displays, community events like graduations, and anything that people will want to remember. By having a high-quality LED lighting system, you will draw those wanting to hold such events to your stadium.

LED lights are directional, which gives great clarity. Unlike other bulbs, they don’t project light 360 degrees around the bulb, requiring reflectors. In the case of LEDs, any reflective surface in the light only intensifies this light more, by capturing what little shines around the diode itself.

LEDs don’t generate much heat. In fact, an LED can be touched by a bare hand while it is still in operation. Not only does this make them safer to work with, but it also helps to preserve the quality of the fixtures they are set in. Heat can cause warping to plastic and metal, and that isn’t a problem with LEDs.

7. LEDs Are Easier to Find in Stock

It is also a fact that as the LED revolution continues to change, other forms of lighting non-LED systems become harder to replace. The availability of extra bulbs for older systems will continue to diminish. Those same bulbs will continue to increase in cost as fewer and fewer are needed on the market.

The Power Is in Your Hands With Stadium Lights

If you’re operating a stadium or a public venue, you want to provide service and quality. Having a place where a high school athlete can remember their performance builds community. Memories developed in the stadiums across America are among the most cherished by fans and players alike.

The stadium lights you choose to use will have a direct impact on the lives of others. Give them the crisp, clear beauty of LED lights, and they will remember your venue as one to return to. Help your community build memories and a collective place to enjoy celebrations and sporting events.

If you can do those things while saving money at every step of the process, there’s no reason not to. While it is true that a dollar doesn’t go as far as it used to, you will find that in some areas that’s the reverse. A dollar spent on an LED stadium lighting solution will go further than a dollar spent at any other time.

If you found this article helpful, take a moment to look around the site for other useful reads.