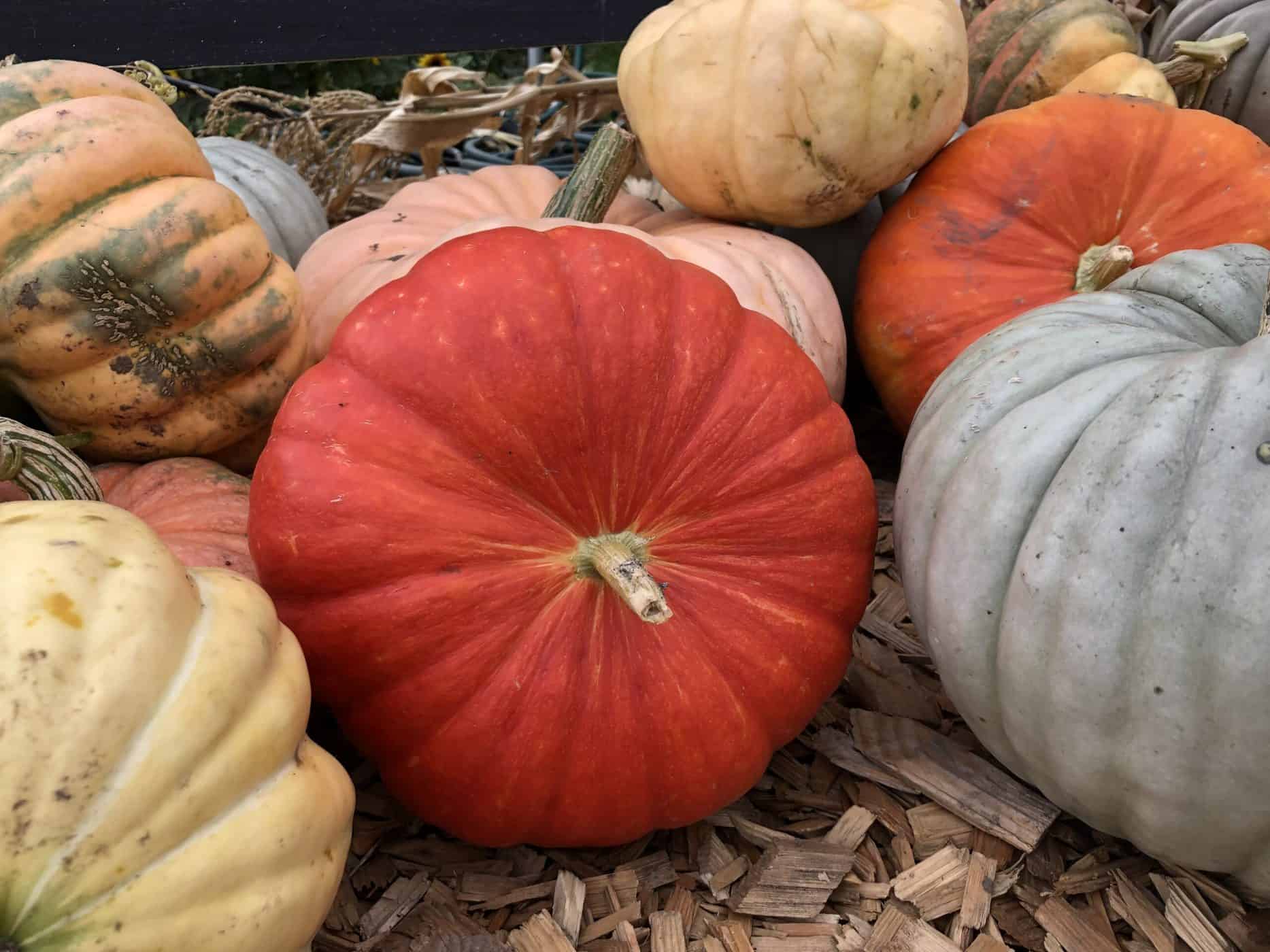 What is fall without ornamental pumpkins!? A gorgeous autumn display of pretty pumpkins goes a long way towards creating that cozy fall feeling. While there are endless different types of pumpkins, a few varieties stand out as stunning ornamental pumpkins to add to your seasonal display this fall. Here are 7 of the top varieties to look for this year.

Cinderella Pumpkins are among the most popular types of heirloom pumpkins for fall displays. Cinderella Pumpkins have a vibrant red-orange rind and a classic flattened shape (that truly does look like Cinderella’s carriage). This variety is from France, where it is called “Rouge Vif d’Etampes”.

Most Cinderella Pumpkins weigh about 10-20 pounds. While they are gorgeous in autumn displays, they are also gourmet culinary pumpkins. The sweet flavor and smooth texture are ideal for both baking and savory dishes like fall soups and stews. The Cinderella Pumpkin is a cultivar of Cucurbita maxima. 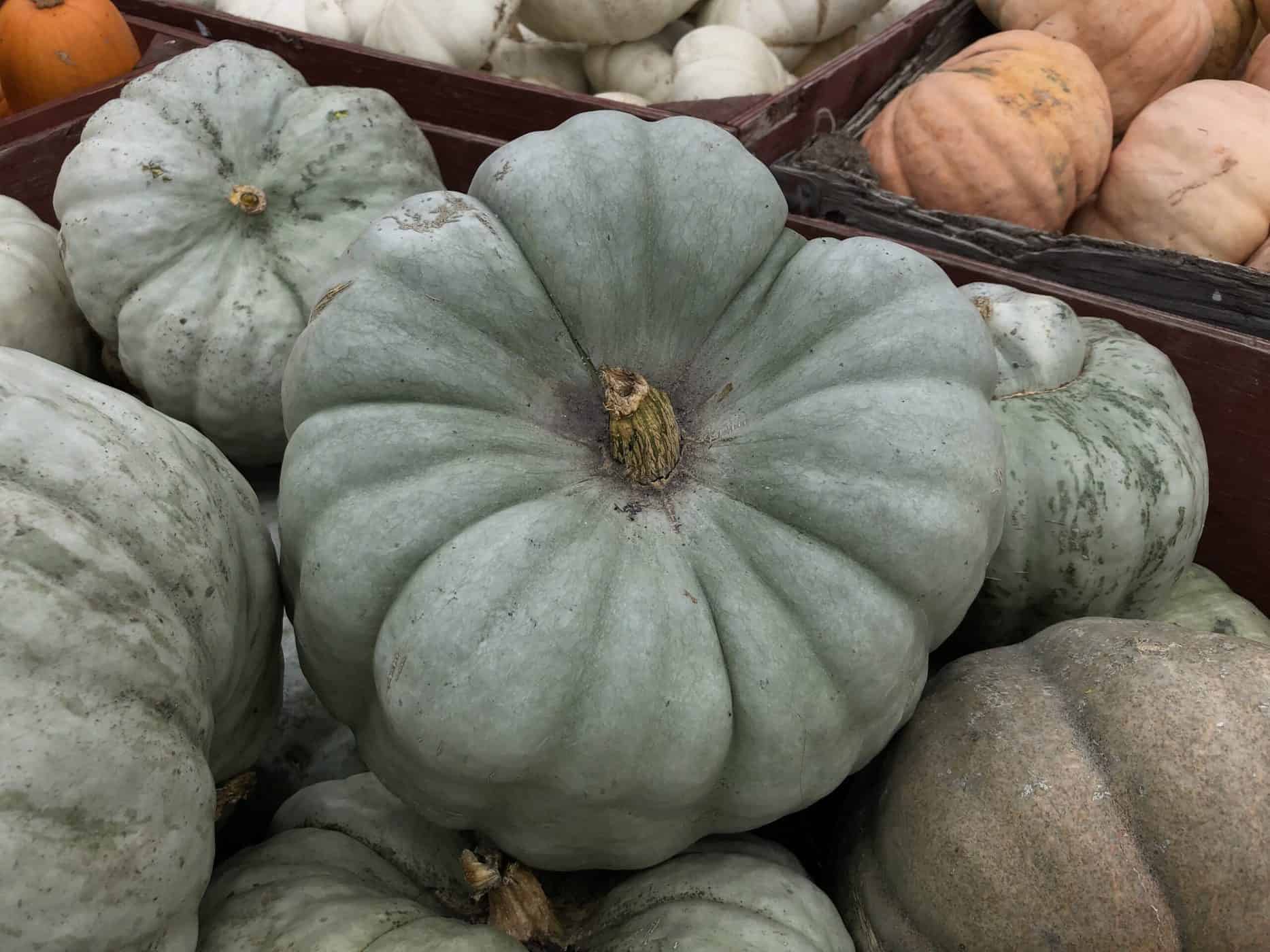 Jarrahdale Pumpkins tend to weigh in the range of 12-18 pounds but can grow much larger if conditions are favorable. Jarrahdale Pumpkins are fantastic in savory fall dishes and store exceptionally well through winter. The Jarrahdale pumpkin is a cultivar of Cucurbita maxima. 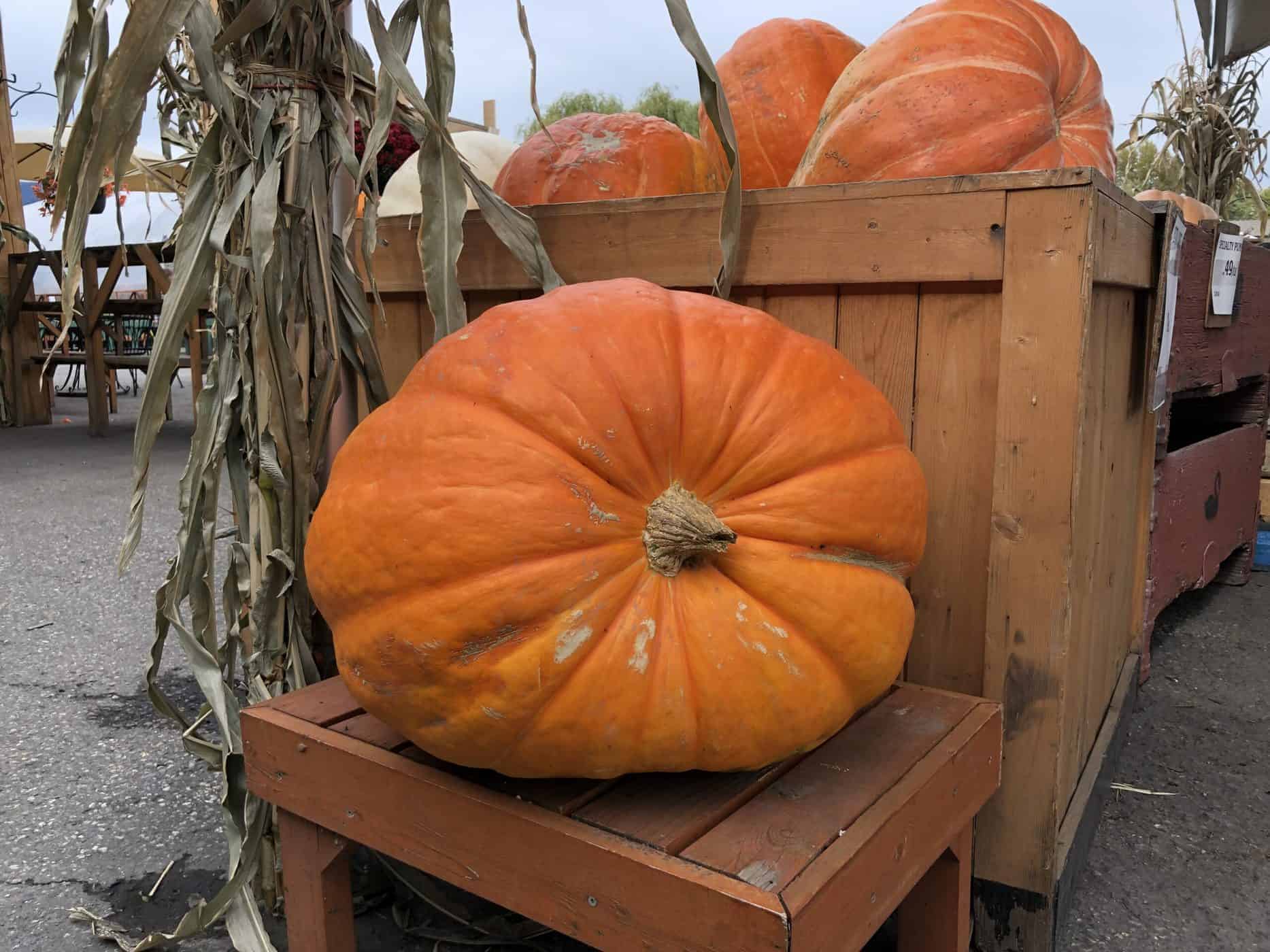 Individual Big Max Pumpkins routinely grow to 50 pounds, sometimes topping 100 pounds in good conditions. Big Max pumpkins are not only ornamental but can also be used to make pumpkin puree or roasted pumpkin for an autumn dish. The Big Max Pumpkin is a cultivar of Cucurbita maxima.

Fairytale Pumpkins are another popular French heirloom pumpkin commonly displayed as ornamental pumpkins in the fall. Fairytale Pumpkins, also called Musquée de Provence, have a dusky matte rind that begins as a dark green shade and matures to a beige-brown hue. Fairytale Pumpkins have chunky ribs and a classic old-fashioned pumpkin shape.

These pumpkins tend to grow to 15-20 pounds each. Fairytale Pumpkins are not only ornamental but also a sought-after culinary variety. Musquée de Provence is one of the best types of pumpkin for making pumpkin pie filling (along with other gourmet picks like Dickinson Pumpkins and Long Pie Pumpkins). The Fairytale Pumpkins is a cultivar of Cucurbita moschata. 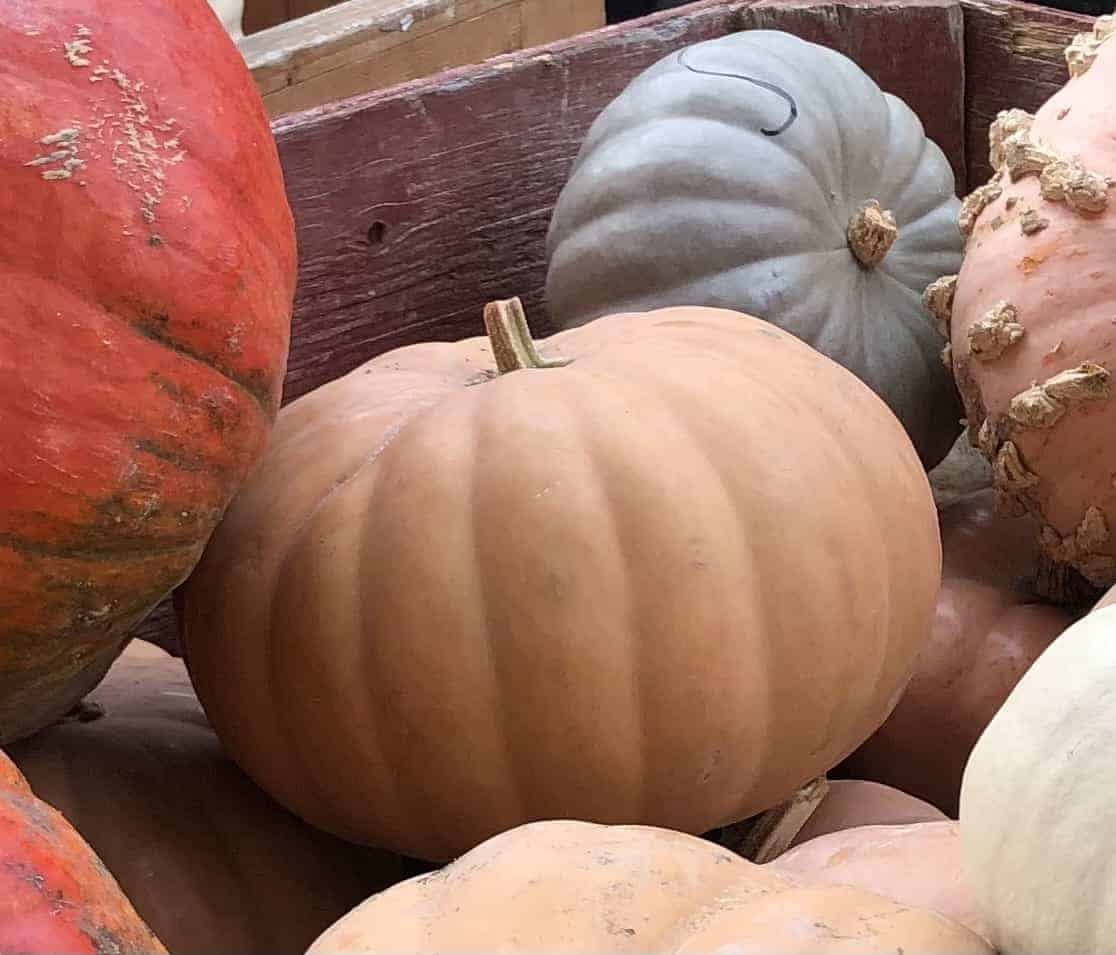 Long Island Cheese Pumpkins are an American heirloom pumpkin with a cream-colored rind. True to their name, these beauties do look like a wheel of cheese! The soft hue of this pumpkin makes it perfect for minimalist fall displays with muted tones. 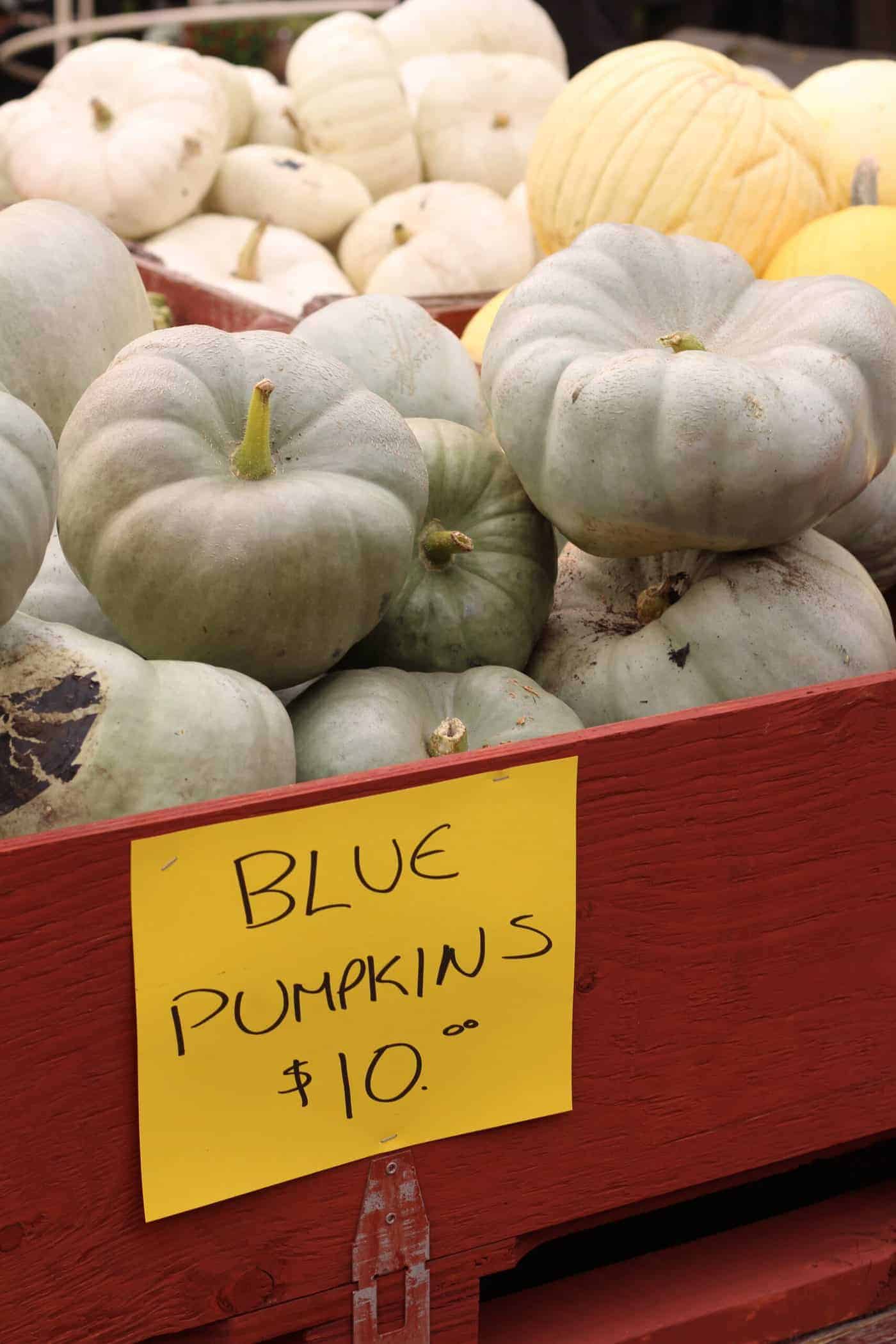 Blue Doll Pumpkins tend to weigh 15-20 pounds each. This is another variety that does double duty, both as an ornamental pumpkin and as a gourmet cooking pumpkin. The bright orange flesh is attractive in pies and cozy autumn soups.