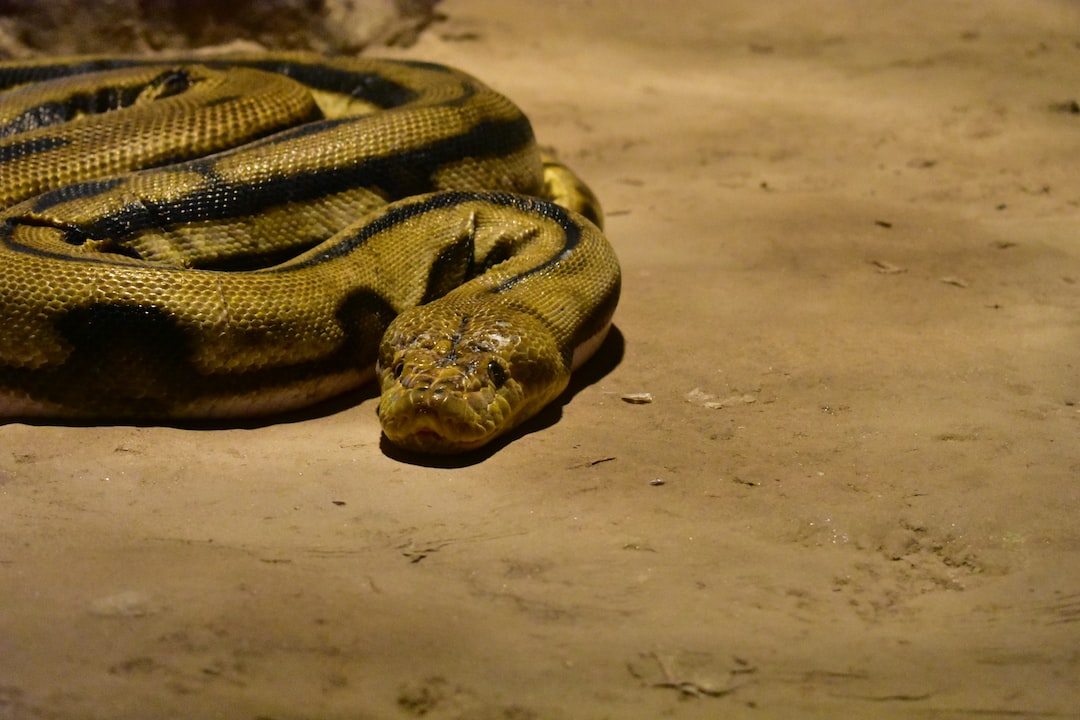 Summer is snake season in Maryland. While you’re out gardening or hiking, keep your eyes peeled for snakes trying to warm themselves or hunt for a meal. There are only two venomous snakes in Maryland: the copperhead and the timber rattlesnake. Even though most Maryland snakes are not venomous, it is important to not move a snake yourself but instead contact us for professional snake removal. We humanely remove and relocate them as they are beneficial to Maryland’s ecosystem. In case you were wondering, there are 27 different species of snakes in Maryland. Below are the 5 most common that you may encounter.

The eastern garter snake is one of the most abundant snake species in Maryland. They come in a wide variety of colors from black, greenish, brown, but usually with a yellow or white stripe down the back. The stripe may be absent and appear as spots and all snakes colors can vary. The garter snake can grow up to 26 inches long and is most commonly found in forest, meadows, marshes, and backyards. If there is a water source nearby, you may be more likely to come across a garter snake. They are found statewide, including Montgomery, Howard, Carroll, Frederick, Anne Arundel, Harford, and Baltimore County.

The rat snake is one of the largest of the Maryland species of snakes and can grow up to 80 inches in length. However large, this snake is more of a gentle giant than you might imagine and is usually not aggressive. As you may have deciphered from its name, the rat snake is an excellent hunter and is wonderful at taking care of mice and rat problems. This snake is most commonly black with white markings and, as stated before, can reach an amazing 6 feet in length. It makes its home anywhere from rocky areas to forests and flatland which is why you’ll find them from the Chesapeake Bay to the Appalachian Mountains.

Unlike the rat snake, the northern brown snake is one of the smallest varieties found across Maryland. This brown snake, paired with dark brown to black spots along the back, only grows to be just over a foot long. Although brown is in the name, these snakes may also appear in reddish and grayish tones. They’re plentiful in Maryland but you’ll probably rarely come across one as they primarily hunt at night. When threatened, this small snake will flatten itself to give off the appearance of being larger than it is!

You may scare one from its den if you are moving wood or rocks and beware, they are known to be biters.

You may have guessed from its name that the northern racer is fast! Its long and thin body type makes it especially quick. You could be walking along a Maryland path or forest line and spot one, but by the time you see them, they are already a mile away. In addition to being quick, this is also another large Maryland snake that can grow up to 60 inches. The racer is almost always black, but as with all snakes, coloration can vary and you may see them in gray hues as well. They tend to stick to grassy areas or forests, but that doesn’t mean you won’t find one living in an urban dwelling as well.

The ring necked snack is found all over Maryland, but especially in the Northern Counties near Pennsylvania, and also on the Eastern Shore. One of the smaller varieties, they grow to be around 15 inches in length and are characterized by a cream to yellow colored ring around the neck and on the belly. This snake is found primarily in and around pine wood forests and loves damp moist places like rotting log piles, junk piles, and of course your basement. The ring necked snake, unlike all the others on the list, is found only in parts of Maryland west of the Chesapeake Bay. On the other side, you’ll find the less common southern ring necked snake (Which is exactly the same but with a broken ring on its neck and half moon shapes on its belly).

No matter what type of Maryland snake is invading your home or property, please take care not to remove snakes on your own as even the most docile snakes will bite if threatened. Snakes are one of our specialties and our skilled snake handlers will lsafely remove and relocate your snake pests. Call us today for snake and other animal removal.