3 Reasons Why Moms Love Baby On Board Stickers 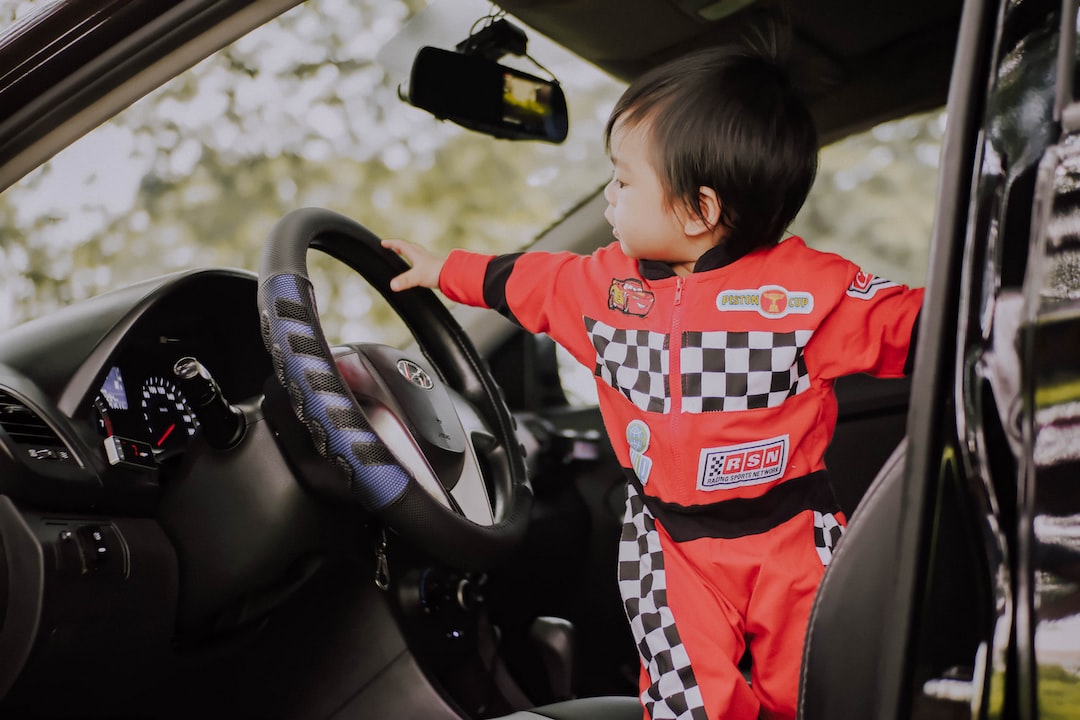 Raise your hand if you’ve ever been driving around and noticed a yellow triangular safety-style sign on the back of a car that said, “Baby on Board”? With more than 10 million sold to date, the chances are good that you’ve seen a lot of these warnings. You may even have rolled your eyes at them in the past – thank goodness you know that there’s a baby in that car, you were just about to go plowing into it.

But these Baby on Board stickers have gained huge popularity for a reason. For moms who are dealing with the terror of driving their baby around surrounded by a thousand speeding cars that all run on explosives, every little safety measure matters. Read on to discover why parents love these signs so much and what they’re really trying to communicate with them.

Where Did the Signs Start?

The “Baby on Board” signs have been around for more than 30 years now. They got their start when the inventor, Michael Lerner, was driving his nephew around Boston during a family gathering. He was hyperaware of every driver tailgating him or turning without using their signal first.

A few weeks later, Lerner, who was working as an executive recruiter at the time, got a call from a friend who said he knew two sisters who had an idea to pitch him. They wanted to create a triangular sign to hang in cars that said “Baby Aboard.” Lerner took the idea and ran with it, and within a year, they were selling 500,000 of the signs a month.

Now let’s look at a few reasons why parents are loving these signs so much!

1. To Warn of Unusual Driving Behavior

One of the main reasons people use these little diamond signs so much doesn’t have anything to do with other drivers’ behavior. In fact, it’s much more about some strange habits you may see from the car that has that sign hanging in the back window.

When you have a kid in the car, you have a lot of distractions going on. Children, especially babies, don’t understand that you need to focus first and foremost on what’s happening on the road. They may scream, throw things, get sick, or demand certain toys right that moment, and as a parent, you can’t just ignore them.

This level of distraction can lead to some unusual driving practices that can be annoying to other drivers. You may spend too long stopped at red lights, drive more slowly, change lanes often, or even swerve out of your lane a little. And that’s to say nothing of the poor decisions that can result from driving while sleep-deprived.

Having a “Baby on Board” sign is an easy way to let other drivers around you know what’s going on. They’ll know you have a kid on board, so you may be distracted and tired. They can give you a wide berth and be sure to keep themselves safe on the road.

2. In Case of Emergency

Every time a parent gets behind the wheel with their child in the car, their worst nightmare is a car crash. Car accidents are bad enough with adults, but at least they aren’t as fragile as babies. And if something does go wrong, it’s much easier to find an adult in a crashed vehicle than it is a baby.

Of course, in order for this system to work, you have to be sure to use your sign only when you do actually have a baby in the car. Otherwise, emergency personnel could waste time looking for a baby who’s safe at home. It’s worth taking the extra fifteen seconds it takes to hang up the sign before you leave to avoid a “boy who cried wolf” situation.

Although most parents don’t use the signs this way, there is a plea for safety that comes along with a “Baby on Board” sign. When you have a child, you become suddenly aware of every single danger that we come across in everyday life. A knife block in a kitchen becomes a gruesome threat, a stairway with no railing becomes a horrifying precipice, and a car becomes a speeding deathtrap that runs off of explosives.

In the midst of such existential panic, parents do everything they can think of to keep their precious new child safe. Is there much chance, really, that a child is going to injure themselves pulling things out of open cabinets? Maybe not, but every house with a small child living in it has child locks on the cabinet doors.

A “Baby on Board” sign is one small plea for other drivers to be careful around this car. Because in this car, there is a baby, a child who someone carried in their body for months, who someone feeds and burps and changes and rocks to sleep at night. In this car, there is a baby who is someone’s entire world, and please, just slow down a little bit when you’re passing this car so that child can stay safe and happy and alive.

It’s not meant as a criticism of your driving, and no one thinks you were planning to crash into the back of that car. And in many cases, it may not make any difference. But it’s one small measure a parent can take to keep their child safe, and that makes it more than worth it.

Of course, these signs have not been universally accepted. Drivers who don’t have kids in the car roll their eyes at the implication that they were going to hit that car right up until they saw that yellow sign. And some older kids may wonder why it’s okay to hit their car, but not one carrying an infant.

There’s also some controversy about how much information these signs actually provide to emergency services. As we mentioned, many people may keep their sign up even when the baby isn’t in the car. Depending on the first responders, they may or may not take the sign as gospel truth when they’re focused on helping the victims they know were in the car.

As ironic as it sounds, these “Baby on Board” signs can actually cause some slight safety concerns. The biggest issue is compromised visibility; in order for the signs to be legible from other cars, they have to be pretty big. This creates a whole blind spot in your car that can increase your chances of getting in a wreck.

Should You Get One?

The question of whether you should get a “Baby on Board” sticker is one you’ll have to decide for yourself. On one hand, they may not do much, and you may have some drivers around you get irritated over your sign. But on the other hand, what if they do make the difference?

It only takes one time, one car accident, one driver slowing down when they pass you, to save your child’s life. Maybe that one time, having a sign up can keep your child safe. In our opinion, that’s more than worth the cost of hanging a little yellow sign.

Where Do You Stand on Baby on Board Stickers?

Baby on Board stickers are almost as ubiquitous as yellow smiley face t-shirts, and it’s easy to see why. For parents who are facing the terrifying process of taking their children out into the world, having a little yellow sign in the back window may provide some measure of comfort. And if you don’t have kids in your car, when you see these signs, slow down just a little; you’ll be helping a parent out more than you can know.

If you’d like to get a sticker of your own, check out the rest of our website at Lil Baby On Board. We have a variety of stickers you can put up to let other drivers know what sort of precious cargo you’re carrying on board. Check out our store today and find the perfect sticker to add to your car.